Maharashtra: Get through The G..

Himachal Pradesh: Visit the Land of Gods with thes...

Kerala: From the library of Go..

Himachal Pradesh: Visit the Land of Gods with these books 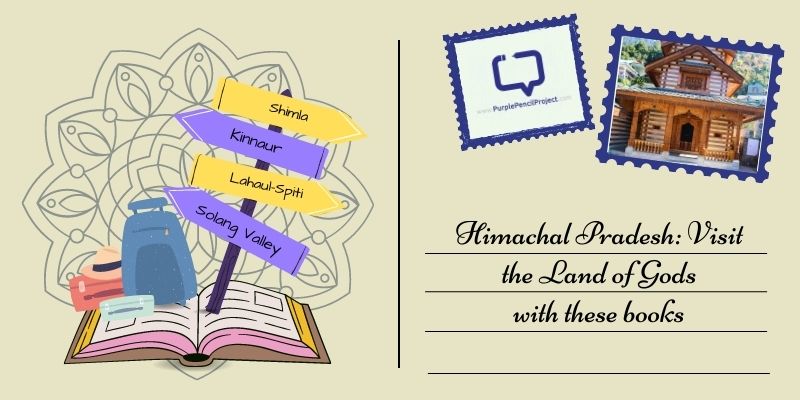 Himachal Pradesh situated in the heart of the western Himalaya, identified as “Dev Bhumi” and is believed to be the abode of Gods and Goddesses. The entire State is punctuated with stone as well as wood temples. The shadowy valleys, rugged crags, glaciers and gigantic pines and roaring rivers and exquisite flora and fauna compose the symphony that is for ever Himachal. The State has a rich treasure of places of pilgrimage and of anthropological value. The State has also the pride of being the home to rishis like Vyas, Parashar,Vashist, Markandey and Lamas, etc.

Read through this wondrous state via these books, best enjoyed with a cup of tea and some cookies.

Blurb: In the parched landscape of historical records native to the hills – Himachal Pradesh in particular – a few, very few, refreshing works stand out. Among them is this 18th century chronicle in verse from the small state of Guler: written by a virtually unknown poet who came to these parts from somewhere outside, about a patron who occupies very little space in history, even that of the hills. And yet this is a compelling work: invaluable as much for its genuinely poetic feel as for the manner in which it brings the rich cultural life of the region alive. What is more: there is a measure of history in it – ancestors with their glorious exploits peep in; invaders flit in and out; victorious campaigns are mounted – even as the account is couched in hyperbolic terms and laced with courtly flourishes. The Diliparanjani – a well-chosen title, meaning literally, ‘Delighter of the heart of Dilip’, the royal patron of the poet – can yield both pleasure and profit even to the modern reader.

Blurb: Ghost Stories of Shimla Hills is a collection of supernatural things in and around the Shimla hills, haunted bauris, mansions or benches, churails or spirits of English men and women who once walked the city of Shimla. It is a collection of stories of various encounters of citizens of Shimla (including tourists) with the many spirits which have made their abode in these hills. The foreword by the famous author Ruskin Bond further adds to the credibility of the research and of the book itself. It was a pleasure reading Ruskin Bond marvelling at the “generous sprinkling of ghosts” in Shimla.

Blurb: A Year in Himachal is a record of the life and culture of an incredible state, set against a varied landscape of splendid mountains, cold deserts, sylvan valleys and gushing rivers. Told from the perspective of a single woman and officer, a rigid city-bound Mumbaikar, the book is a memoir-travelogue that reflects on the life and people, their history and culture, the terrain during different seasons of the year and her attempt to integrate the functioning of the Post Office with community and customer needs in a multilingual and multicultural society. She goes through life-changing experiences during her journey to remote areas in Kinnaur, Lahaul and Spiti. She experiences the barren silence of the cold desert, the overpowering grandeur and mystery of the snow-capped mountains and the peace and tranquillity of the Tabo monastery. She becomes acutely aware of a spiritual presence that enables her to come to terms with her personal grief and find a purpose in life.

Blurb: This book documents an indigenous building technique called the kath-khuni construction prevalent in Himachal Pradesh, India. The relative isolation of the hills and the demanding environment fostered development and persistence of distinctive prathaa, i.e., traditions practiced for centuries. These building practices reflect synthesis of material and environmental constraints with social and cultural beliefs and rituals. This book illustrates the role of indigenous building traditions in a dual sense: architecture as an outcome of specific material assemblies to fulfil specific functional purposes and architecture as a process to bind together people, places and resources in order to sustain particular cultural norms, beliefs and values.

Blurb: The summer capital of the Raj, Simla came to be known as “the workshop of the Empire”. A visitor awed by this hill-town wrote, “Every pigeonhole contains a potential revolution, every office box cradles an embryo of war or death”. The heady mixture of mountain air, political power and social snobbery attracted all manner of people to Simla: ambitious careerists, calculating matrons, enigmatic adventuresses, bored wives, and dashing roués, often with disastrous results. A letter home lamented “the pure atmosphere and foul rumors, ruined prospects, guilty passions, frivolity, intrigue…jealousy, madness…remorse unmitigated…”

Blurb: Alice Elizabeth Dracott visited India at the turn of the 20th century in order to collect and record Indian folktales by interviewing inhabitants from the village of Simla.

One cannot sojourn for long in the East without hearing strange stories, all of which are vouched for by the natives. Most would make one’s blood run cold, but they are irresistibly fascinating. Filled with pathos but almost always showing that every cloud has its silver lining, these tales carry the reader into the mythical past that was India. Most of these tales have the raw transparency of folk art, whilst others are fashioned with uncommon sophistication. Many of the stories have been passed down by word of mouth. Long before the radio and television ever existed, people spent hours around fires telling stories for entertainment.

Blurb: This is the first book to document the beauty of Himachal Pradesh crafts. It captures the beauty of the picturesque people of this land as they continue to express their innate creativity in numerous artefacts.

Blurb: When, at the height of World War II, an uninvited guest arrives at a dinner party at Chartsville Hall, the Assistant Deputy Commissioner’s house in Shimla, the lives of its inmates are thrown into turmoil. Especially when the guest is blonde and beautiful—and found dead in her bed the next morning.

With her unerring ear for dialogue and skilfully drawn characters, Bulbul Sharma recreates the world of the British Raj—complete with English memsahibs who stroll down the Mall with their parasols, mansions with manicured lawns, and Brigadiers and their ladies who can crack a crime over bridge at the club. In the tradition of Agatha Christie and Alexander McCall Smith, Murder in Shimla doesn’t let up on the mystery and suspense until the last page. 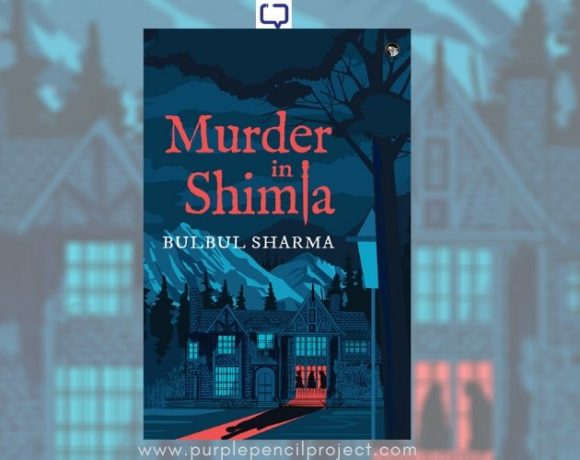