In Conversation With: Translat.. 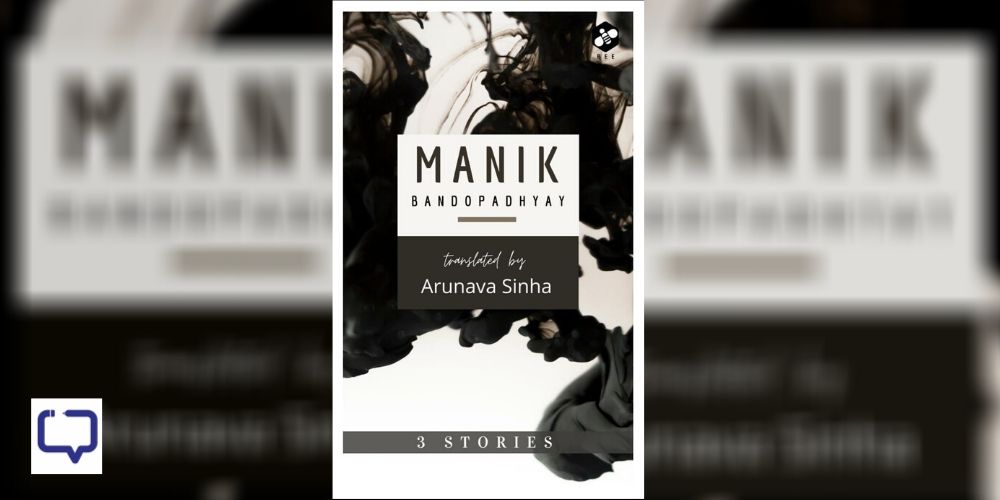 The happiness of finishing a task begun is real and immense. That’s probably why short stories are very popular and many resort to them, especially when hard pressed for time. It can be relished quickly, where as a novel, however interesting, may go unfinished for lack of time or reading habit.

3 Stories consists of three short stories that allow us to dwell on Manik Bandopadhyay’s writing style.

Haran, his granddaughter and her husband  is the first story.

Bhuban Mandal, a rebel leader has been escaping the clutches of the police with the entire village shielding him. A midnight raid by the police armed with correct information brings them to Haran Das’s hut. Haran’s daughter and Moyna’s mother to protect Bhuban from police claims he is her son in law who has returned to Moyna after she arranged for the money promised at the time of their wedding.  The rest of the story is filled with twists and turns in Moyna’s life, and the life of the village.

The second story, The Reptile,  the longest and most powerful one in the collection is my favourite. Charu has guarded her father-in-law’s three storied enormous house for many years only to lose it to a debt of thirty thousand rupees to their neighbor’s son Bonomali. Her daily strife with a half insane and perennially suspicious husband and a father-in-law who refused to believe in chastity of women, both now dead, has shrivelled her. Timorous and tired, she is in no mood to fight for ownership of the house but yearns to get it back for her only son Bhuban who lacks the natural intelligence meant for his age.

Human mind with its ulterior motives, carnal desire and deep avarice is exposed without restraint in this second of 3 Stories. What a man can do in ‘cold blood’ (may be that inspires the title,a reptile that’s cold blooded) to fulfil his desires is depicted with raw energy in this engrossing tale.

The last story in the collection The Shadow is about a man driven mad after his wife’s death. Unable to come to terms with her loss, he ponders in silence and surrounds himself with books on ghosts until one day he witnesses her appearance as a shadow against a dazzling rectangular frame on the wall of his dark room and this sight becomes a routine. Will he ever feel normal, do ghosts really exist?

Manik Bandopadhyay noted for his famous works Padma Nadir Majhi (The Boatman on the River Padma) and  Putul Nacher Itikatha (The Puppet’s Tale) was distinguished for exploring dark recesses of the human mind, dealing with hypocrisy, greed and pettiness in human beings mostly against a rural background.

The story that very closely reflects this writing quality is The Reptile which also is the most impressive piece.

The first story Haran, his granddaughter and her husband concludes with few loose ends leaving the reader with an unquenched thirst. The Shadow  also reads like a ‘slice of life’, prosaic without well rounded characters or a full fledged plot.

The translation is good and ensures easy readability. A brief introduction of the author/short preface would have made the book more complete and informative.

Charu thinks in The Reptile –