The Corridor Whispers by Sonal.. 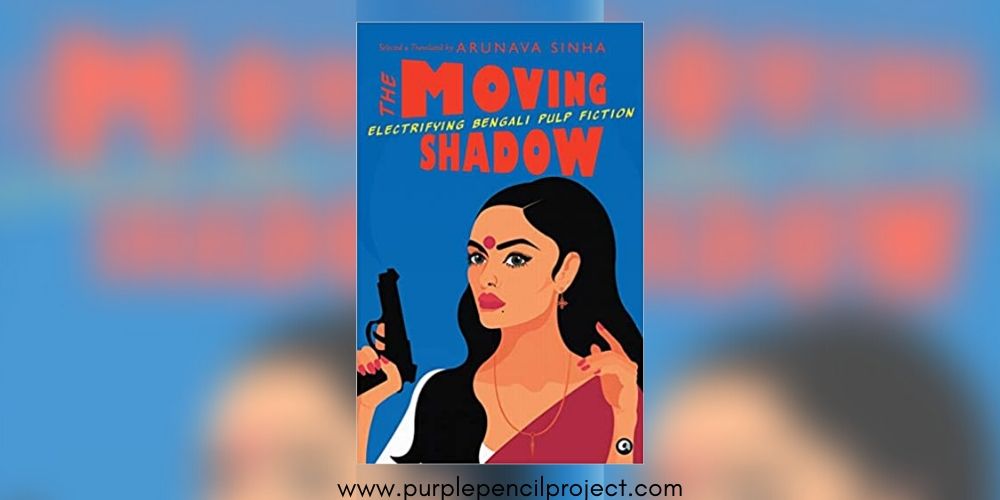 Puppets coming to life, robots falling in love, and death by a dream; The Moving Shadow: Electrifying Bengali Pulp Fiction, an anthology collected and translated by Arunava Sinha is a riveting set of seven stories and a novella. It features some of adventure world’s favourite characters – from scientists and robots to murderers and thieves.

As Arunava Sinha tells the readers in the introduction, Bengali pulp fiction has existed since a very long time and has grown as robustly (or even more so) as the high-brow “bhadrolok” Bangla literature which is the hallmark of Bengali writings.

The Moving Shadow, divided into crime and horror, is a mixture of stories that show all the characteristics of pulp fiction; it’s escapist, fantastical, requires the reader to suspend logic and enjoy the roller coaster. This makes the book a neat, little package for foraying into the almost parallel world that the stories here present.

Under Crime, we have stories such as Parashar Barma Makes a Bid, a detective story, (a la Agatha Christie or Byomkesh Bakshi), where the detective solves a theft and a murder, the titular story The Moving Shadow, a fast-paced narration of a city where blood and corpses are stolen. Then there is The Secret Agent which is bound to keep the readers hooked with its multiple characters and twists and turns. The last story in this section is Copotronic Love, the story of a love-lorn robot.

From the land of Horror

The Horror Stories section is  shorter not all, strictly speaking, fall in this category. This section consists of Bhuto, a  ventriloquist’s dummy that comes to life; The Moon is Back, where the earth might be soon ending; Sardindu and this Body, which is a psychological thriller, and Foreshadowed, where a dream causes a death. These stories make the shorter section of the collection (they take some 30 pages in an anthology of around 240 pages) yet they are powerful stories that create compelling narratives and draw the reader in.

While both the sections are impressive, they may fall short for existing fans of the genre. The stories, while superbly crafted, have not aged well and may seem a little simplistic for our times.

Why the collection does work

If you are looking to start out or expand your repertoire of thriller novels, this one should go right up on that bookshelf.  Each story is more than just an Indian version of Hercule Poirot or James Bond. They are firmly rooted in Indian socio-cultural milieu and the Indianness of the detectives is not removed from the thrill or suspense.

On the contrary, it is a delight to see reference to local landmarks, incidents and well-known tropes as pivotal points. For instance, the spy thriller novella The Secret Agent by Vikramaditya takes place in various places in Delhi as we see national secrets being spilled in Pakistani newspapers and follow the race against time to catch the culprit at the highest level of government.

Or in the apocalypse story The Moon is Back by Adrish Bardhan, it is refreshing to see an Indian scientist at the center of the story and see things from his perspective.

Arunava Sinha’s translation is smooth and guises their Bengali provenance. He captures the nuances of the different styles of the stories very well. While Parashar Sharma Makes a Bid is in the vein of a classic detective story, The Moving Shadow is told in a rather cinematic style, with scenes following each other in rapid succession while The Secret Agent is a spy thriller full of twists and turns. The gradual buildup of dread in Bhuto is very different from the diary-entry style of The Moon is Back which is written in the vein of a scientist focusing on facts. All these different styles reflect in Sinha’s translation. His introduction to the history of pulp fiction in Bengali literature also adds to the value of the book.

All in all, this is a collection that lives up to its name and these electrifying tales of danger, thrill and adventure are bound to transport the reader into their world.

Again Prometheus pretended not to have heard me. ‘ I can tell there’s no point living,’ he said. ‘ What’s the use of an empty existence? What am I worth? A mere machine, some thwarted emotions’. 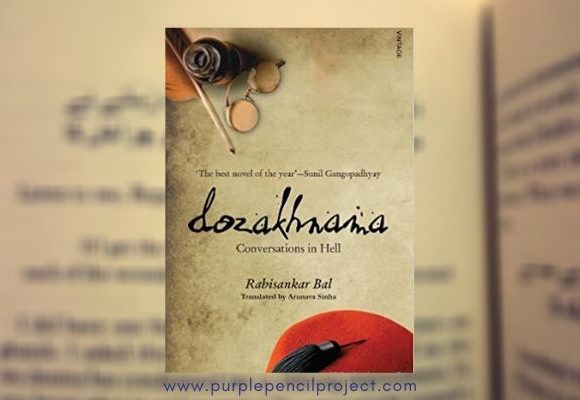