Ba'az of the Bengal Lancers by.. 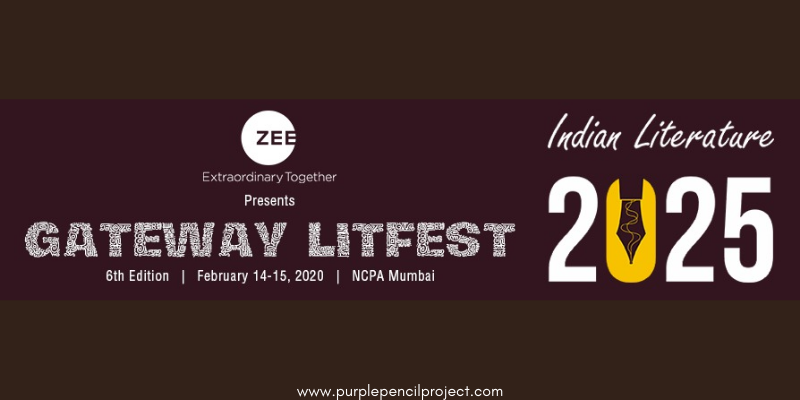 The sixth edition of the Gateway Literature Festival 2020 took place at NCPA, Mumbai on the 14th and 15th of February, 2020. The theme was ‘Indian Literature 2025’; the future of Indian Literature discussed by a mix of writers, poets, editors and professors of the Indian diaspora. 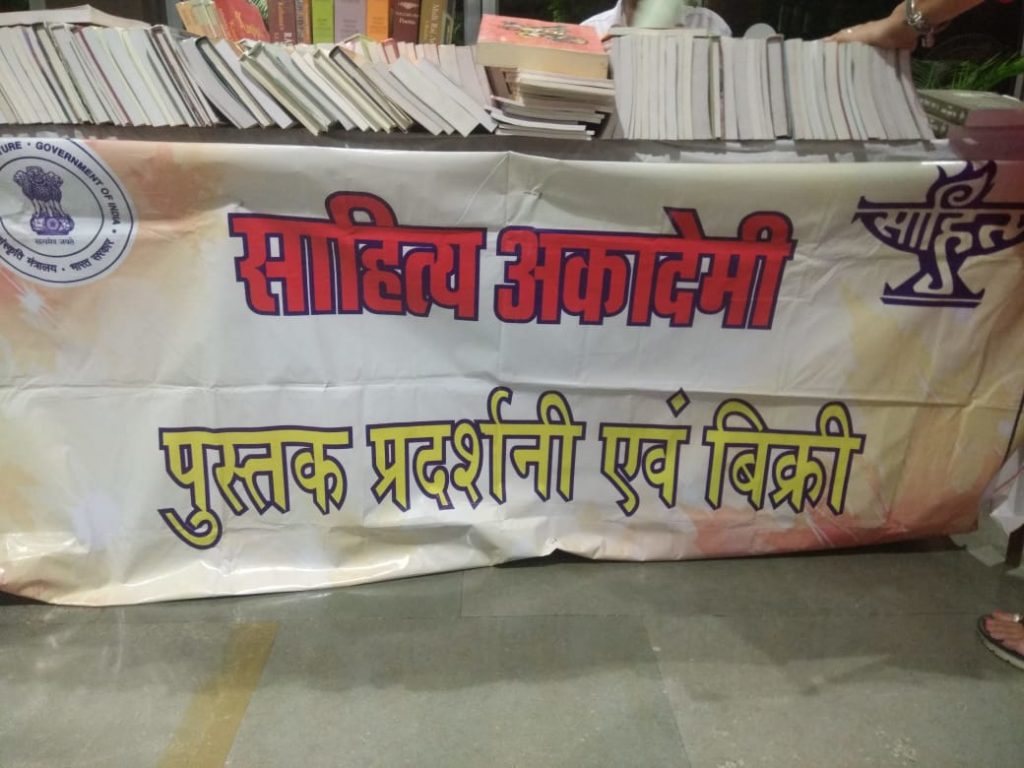 Sindhi, Konkani, Gujurati, Marathi, Tamil, Odia, Telugu, Manipuri, Assamese, Hindi, Urdu and many other regional languages were represented (a refreshing change on the litfest circuit), who shed light on the deteriorating state of their respective readerships. 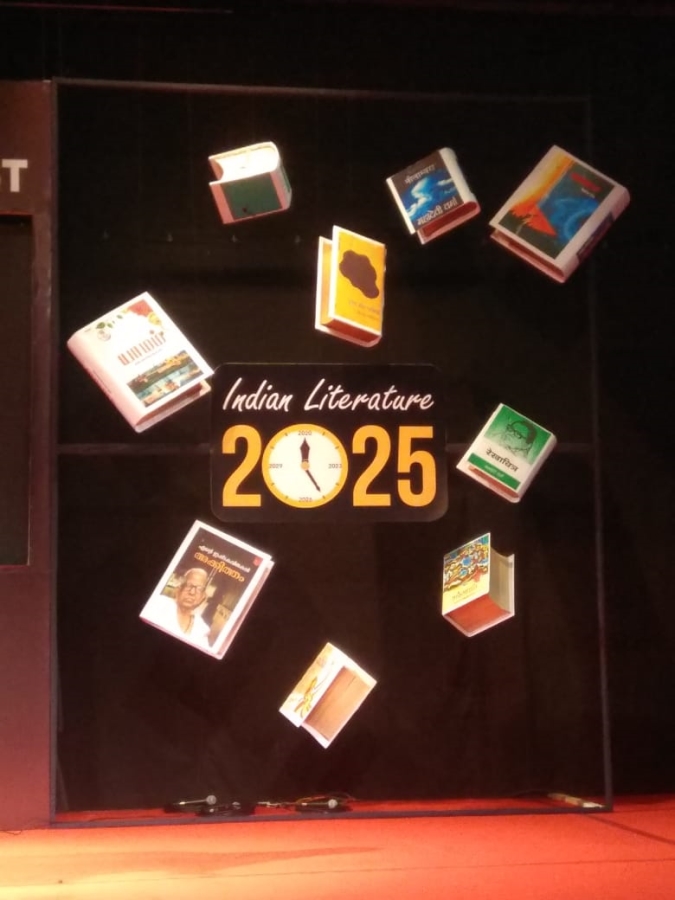 Moderated by Bengali writer Subodh Sarkar, Assamese writer Monikuntala Bhattacharjya, Bengali writer Tridib Kumar Chattopadhyay, Manipuri writer Arambam Memchoubi, and Odia writer Paramita Satpathy discussed their states’ socio-political environment and how it came to affect their literature, the war between English and all regional languages and how translation is the tool that binds us all together. 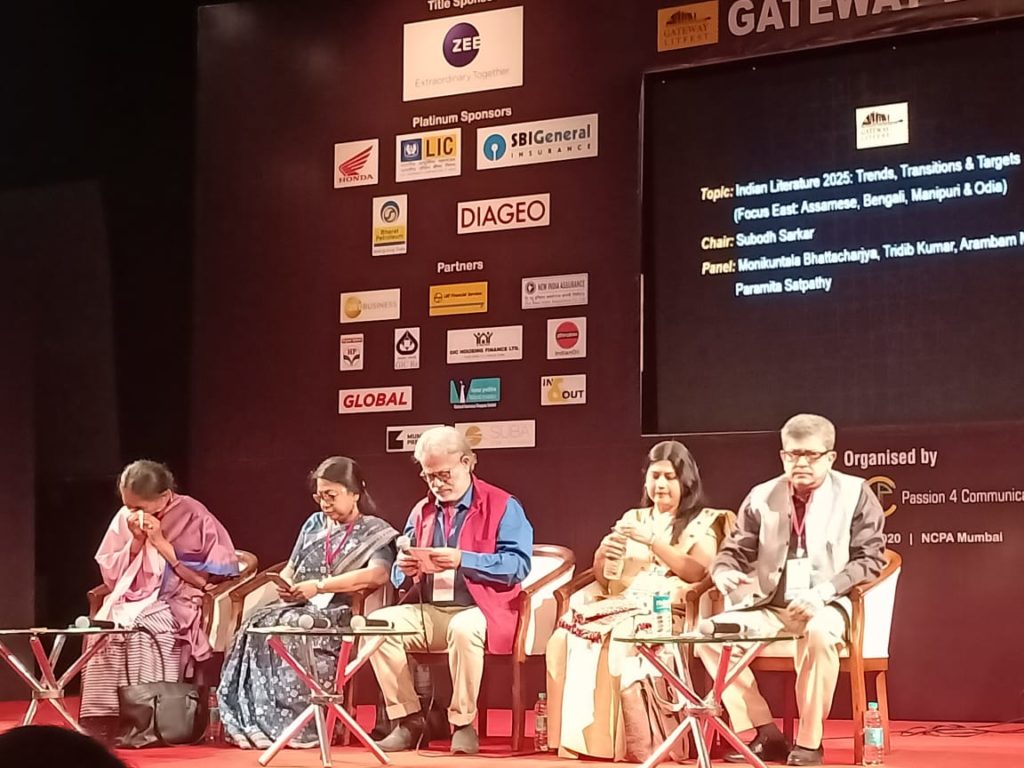 Chaired by Konkani writer Damodar Mauzo, this session saw Gujarati writer Panna Trivedi stress on the need for translating more and more Gujarati Literature, Sindhi writer Vimmi Sadarangani trace the history of Sindhi Literature along with a beautiful rendition of the poem, ‘Sindhi’ by Krishan Khatwani, and Marathi writers Mahendra Bhavre and Vishwas Patil predicting that Marathi theatre will see growth in the coming future.

Damodar Mauzo introduced the audience to Goan and Portugese Literature, enumerating that ‘samiksha’ and ‘anuvad’ were important for any literature to flourish. 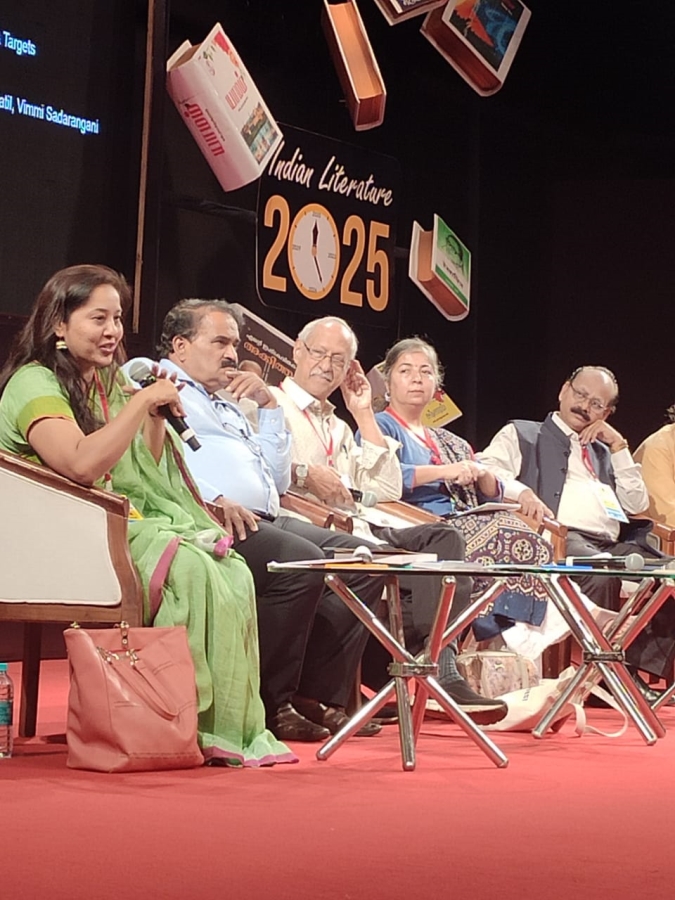 The jugalbandi, cold war and subsequent fallout between Hindi and Urdu as a result of the partition was highlighted very nicely by Chair and Urdu writer, Jameel Gulrays.

He also enumerated the need for actually speaking our respective mother tongues as a way to preserve and promote them, which he does by way of recording stories in many languages and uploading them on YouTube through his organization, ‘Katha Kathan’.

Hindi writer Rajkumar Keswani drew the picture of Hindi Sahitya through many of its legendary authors who contributed to the popularity of this language that has endured to this day. Punjabi writer Baldev Singh, whose novel Sadaknama became so famous that it assumed a part of his name, observed that all the writers of the festival wanted to promote their regional languages, but they did so in English. He spoke his piece in Punjabi throughout the session. 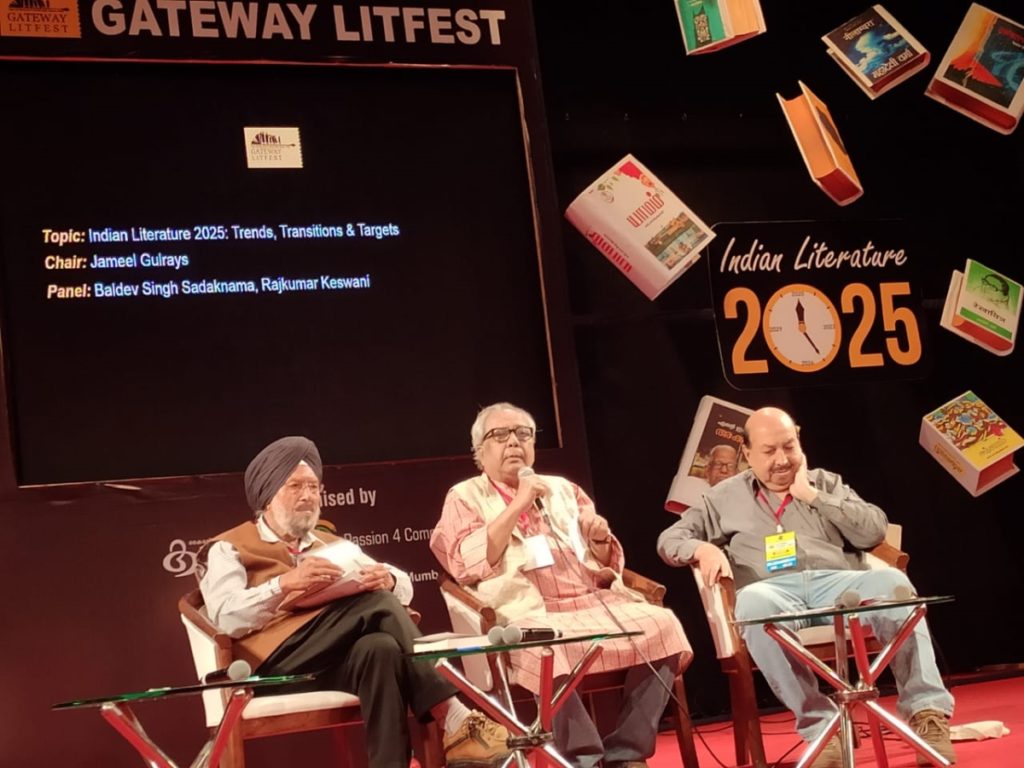 Telugu writer K Siva Reddy chaired the panel discussion and shared that retellings of mythology from different perspectives by authors like Volga, Anand Neelakanthan made for great reads.

Kannada writer HS Shivaprakash gave the audience insights into Sangam Literature, Malayalam writer Unni R talked about the tradition of translation reception in Malayalam and how its literature is at par with world literature. Tamil writer S Ramakrishnan lamented on the the fact that Tamil Literature was being written in Tamil in America, Malaysia and other countries more than India, ascertaining that it will surface globally in the next five years.

The panelists also touched upon the larger issues with mythological retellings, the lack of originality in such works, the popularity of authors associated with these, and more. 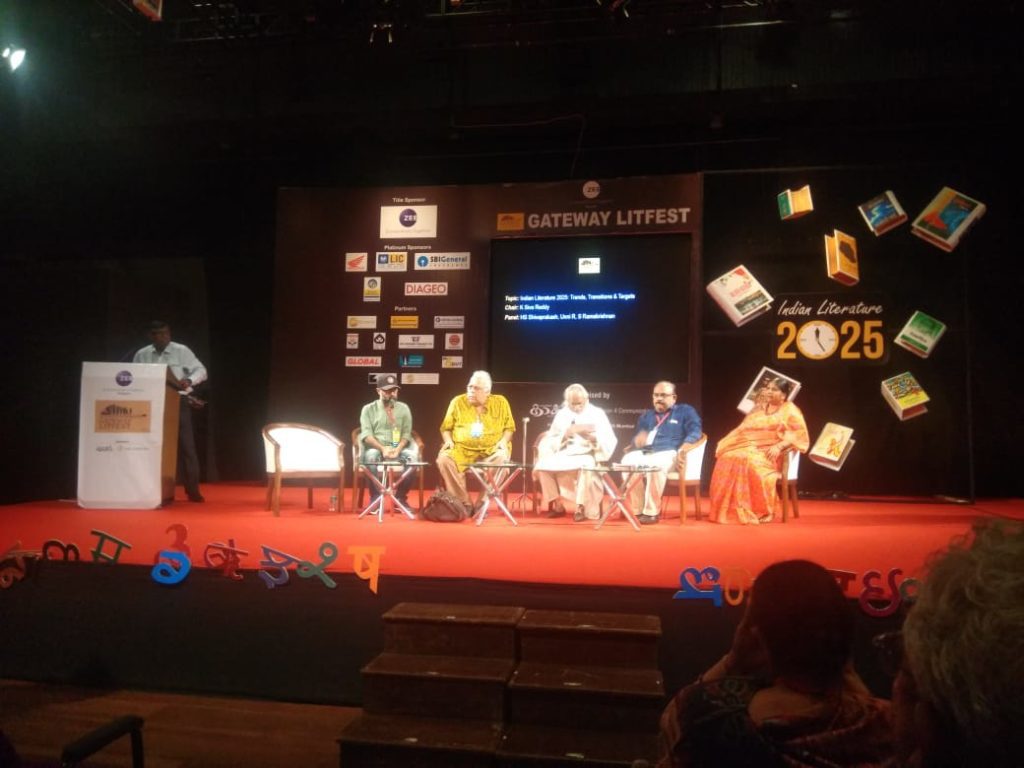 In conversation with S Prasnnarajan, the Editor of Open Magazine, Jeet Thayil (author of Narcopolis, Chocolate Saints, and Low) talked about the many differences between Bombay and Mumbai, its obsession with opium, and its history. They also talked about the features of small form novels that focus on one particular event/theme, the atypical Russian novel which compresses a lifetime into its pages, and which is the preferred format to write in. 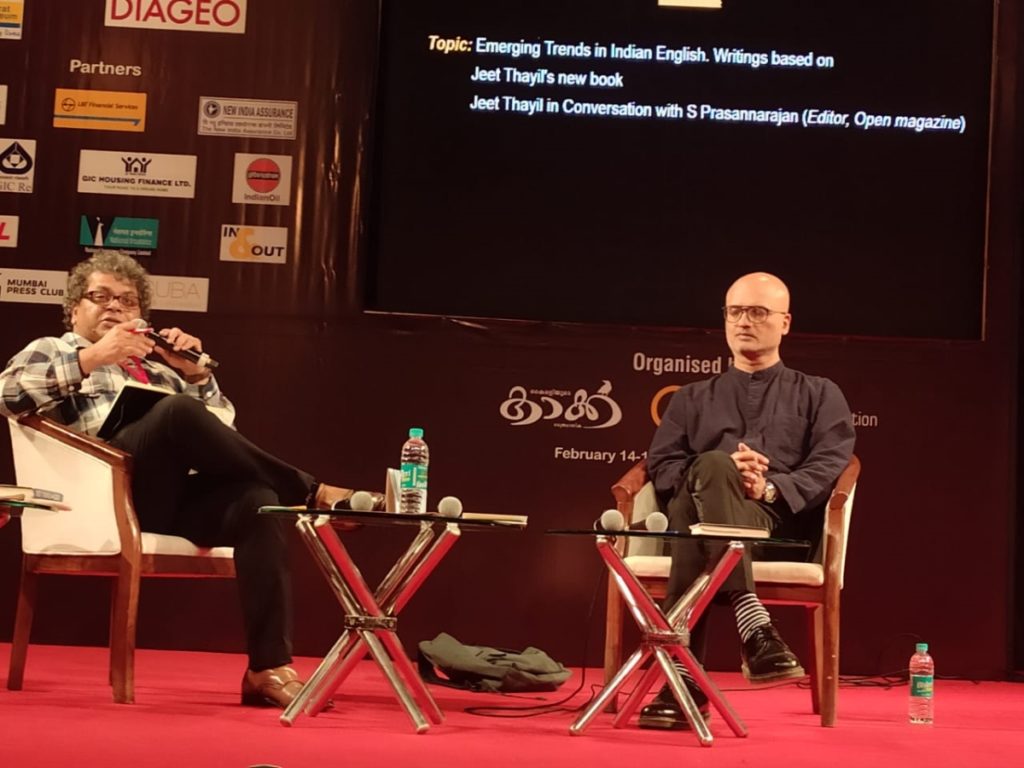 Gateway LitFest Tribute: The Works and the Life of Shanta Gokhale

Shanta Gokhale was in conversation with Jerry Pinto about feminism, its role and presence in her books like ‘Rita Welinkar’ along with a reading from it and the star portrayal of her parents in her memoir ‘One Foot On The Ground’ among many anecdotes and laugh inducing back stories. 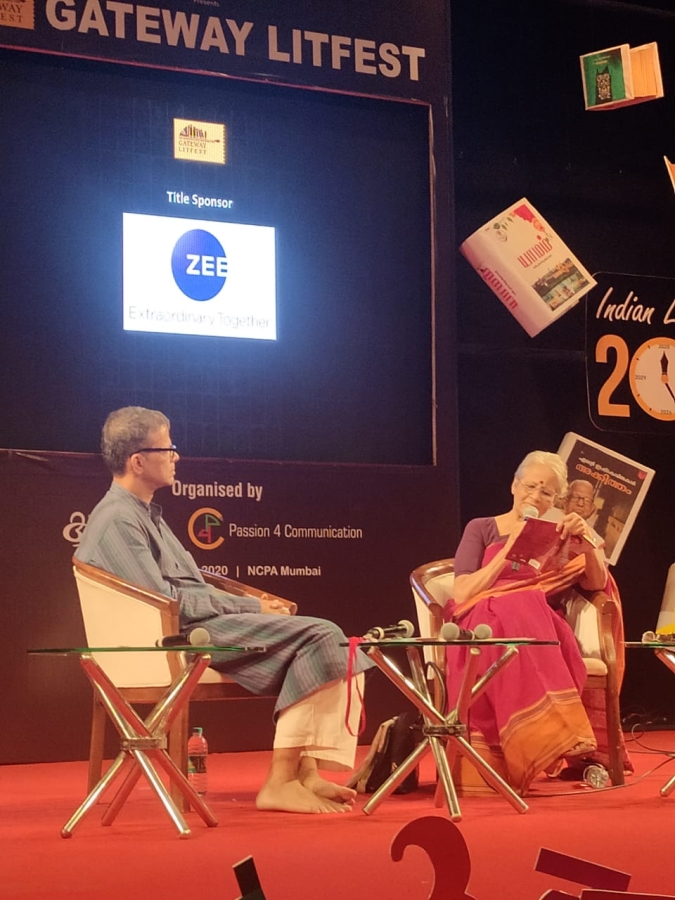 All in all, Gateway Litfest was a unique literary festival in itself. Bringing the lesser known realms of Indian Literature into the spotlight, it facilitated for an amazing variety of insightful and illuminating stories to be exchanged.