Romance Reads: Trust Me Not by Ankita Verma Datta

Romance Reads: Trust Me Not by Ankita Verma Datta 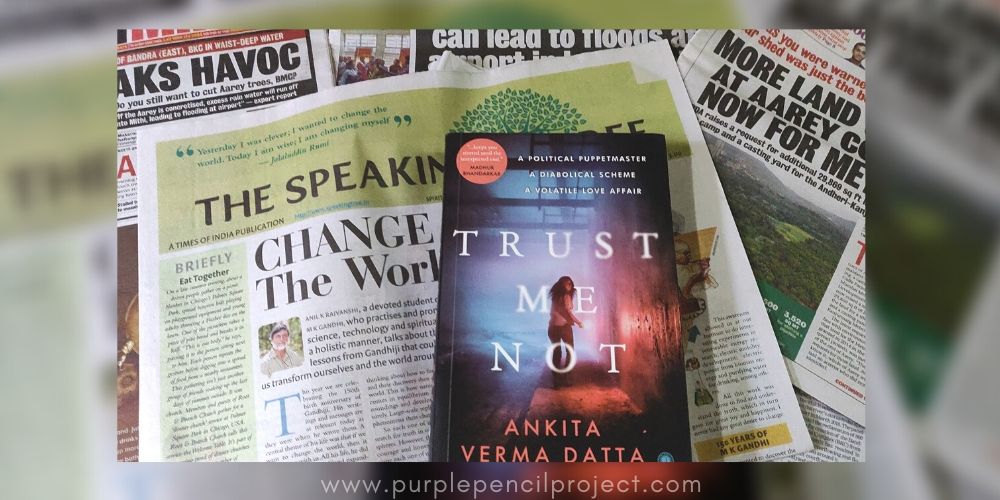 In a world where the rich and powerful make underhanded deals with each other and increase their own wealth, young corporate star Reeva falls for the enigmatic and mysterious millionaire Kunaal Kabi. However, when she is drawn into the dirty world of politics, she may learn more about the ‘under-the-table’ deals that run the country than she ever wanted to know. In this book, watch as Reeva tries to navigate the cesspool of politics and business while also learning more about Kunal Kaabi than she ever imagined possible. Trust Me Not unfolds as a must-read romance.

The story follows Reeva, one of the heads of a newly made PR firm, as her firm is asked to handle the election campaign of the country’s biggest political party, the JBP. However, when an associate of her’s asks for Reeva’s help in uncovering a conspiracy behind a land dispute, Reeva finds herself – and her friend – in serious danger. To complicate matters, Reeva starts to fall for her handsome colleague, the millionaire Kunaal Kabi, who seems to have some dangerous secrets of his own.

The plot is well planned and skillfully manages to juggle several key characters and multiple stories within one book. The book initially seems confusing because you’re left wondering whether this is a political thriller or a regular romance, but the various storylines and characters eventually come together to form an epic tale of love, betrayal, and corruption.

As a reader, I was constantly on the edge of my seat, furiously flipping through the pages as I tried to figure out what would come next. Each new chapter introduced one more variable into an already convoluted storyline, making me even more desperate to resolve all the major plot points that were dangling in front of me. Yet, somehow, everything came together beautifully at the end, magically making all the puzzle pieces fall into place.

The characters of this romance are well fleshed-out and are consistently developed more and more as the story progresses. None of the characters come across as one-dimensional or caricature-like, and each one has a simple but effective backstory.

The two main characters, Reeva and Kunaal, are probably the only ones that come across as slightly stereotypical at first mention (gorgeous young woman plus handsome millionaire), however, as the story continues, you get to see more of their personality emerge. Their relationship and feelings for each other are well explored and contain just enough of the usual “storybook romance” elements to make it engaging, yet also realistic within the context of the story.

Obviously, love is a pretty big theme in this story, as it is essentially a love story set within a larger political backdrop. The romance angle is explored well, showing the ups and downs of a relationship between two dynamic, strong minded individuals. What really makes the romance engaging though, is how realistic it is. Although the basic premise of “a love story between a beautiful young woman and a handsome millionaire” sounds simply like a well-worn fanfiction trope, the romance itself is extremely realistic within the context of the story. There’s no idealistic “love trumps all” idea because it simply wouldn’t work in a story like this, where politics and corruption and danger are a daily part of the lives of our protagonists. Although it is romantic, it doesn’t romanticise negative traits. For example, Kunaal’s sometimes manipulative and controlling nature is treated as a source of tension and a flaw in the relationship, instead of some charming “bad boy” habit.

Apart from love and romance, the story also explores various other themes like sacrifice, the idea of doing the right thing no matter the cost, betrayal and corruption. It beautifully weaves each theme together, showing us the sad reality of the world of business and politics, as well as the common man that becomes the victim of this materialistic tug of war. Stories that we read of in newspapers every day – of businessmen buying politicians, “tear the opposition down” politics, social activists fighting for their lives, etc. – are brought to life in this complex political thriller.

“Mrs. Mehta, I think it’s getting rather late. I’m convinced that saving your daughter’s failing marriage should be your priority rather than finding me a match. I don’t think she’ll go back to her husband if she lands up at your place one more time. Don’t you think?”

Overall, the initial impression based on the cover and teaser at the back is that of a generic love story with a little bit of political drama on the side. The actual story though, is complex, well-planned and gripping. An expertly crafted love story+political thriller.

Final Verdict: 4.5/5 – it’s really difficult to keep this book down, because you’re always desperate to know what happens next. You can buy it here. 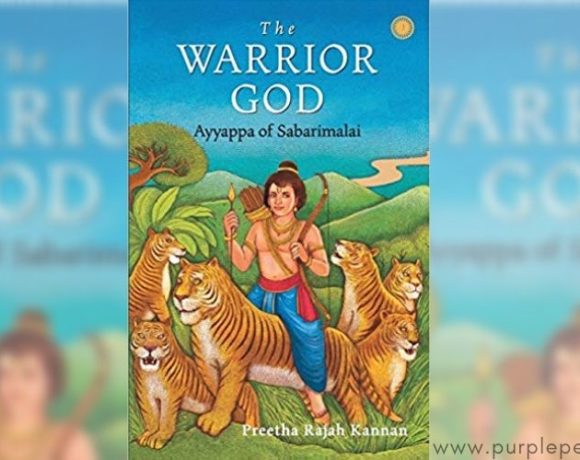 The Warrior God – Ayyappa of Sabarimalai by Preetha Rajah Kannan