In Conversation With: Kiran Ma..

Neil D’Silva is a postgraduate in organic chemistry, ran a coaching class for 18 years while also freelancing and is now among the few horror writers in India, after having published his first book at 40. He blogs, he runs a book community on Facebook (For Writers, By Authors) and also organises a literature festival , Litventure, each year at the Children’s Academy School in Malad East.

Neil D’Silva comes across as truly a contemporary author, in the way he has approached writing. “I have freelanced for over a decade and the grain of writing my own book has always been there. But it was not until 2014 that I got down to it,” says the 43-year old, over a glass of iced-tea.

He admits that he did not know much about audience, book promotion and other things when he chose to self-publish his first book, Maya’s New Husband, in 2015. “I did not want to wait for publishers, who generally take a lot of time to get back.”

It was not long before the book reached the top on Amazon in the horror category. For India, this is a niche genre across media. And genre-writing is not seen as ‘good reading’. “I think only reviewers label books, and award shows have helped literary fiction. But I think all books should not be judged by the same yardstick. So there needs to be genre-specific recognition, to make it a fair game.”

However, the story of a school teacher who falls in love with an aghori clearly found a strong readership. Other books followed, along with writing gigs as a scriptwriter, and he has firmly established himself in the genre.

“I think being in the niche, one that had started gaining popularity around then, helped me,” he says. He is having a good run, and he is neither boastful nor too modest about it. There is a sense of practicality in the way he approaches this interview, as perhaps his work and life.

There are almost no ‘typical writer things’ you can attach with him when you see him – neither his dress, nor his lifestyle and certainly not the sense of being a recluse. He manages a nearly 20,000 member-strong community on Facebook, and you will see his updates often on the social networking site. “I cannot be disconnected, I don’t work well. I have to know what is happening in the world, with my author friends. Except for the time I spend writing, I am always plugged in.” As a family man, it also difficult to switch off. So he finds his way around.

This is also a conscious decision, as he had said at a workshop at Litventure 2018. “It helps to have an image on social media.” He stays true to this. Earlier this year, when he took a week long vacation to Goa to complete his book, he updated the progress on his blog and Facebook. And still managed to write over 80,000 words in a week!

God has surely given him more hours in a day?

“It’s not that,” he says with a laugh.  For over a decade, he taught students for nearly 12 hours each day, which brought a sense of discipline to his life. “And as a freelancer, you are always working. So ya, while I am strict about it, I am not so rigid anymore.”

His current problem is that he has a lot on his plate. He has two upcoming novels, an anthology of horror stories (the third book in the Supernatural India series), and is also on-board a TV show. “It is all at the ideating stage right now, but I sense that things will get very hectic.”

It’s a good time for horror as a genre in India, in film and books. His own book, Yakshini, has been picked to be made into a TV show. “In the West, film adaptations are quite common. That trend is now coming to India.”

Most of his stories borrow heavily from either Indian mythology or cultural contexts of India. Be it aghoris, yakshinis or pishachas. “I find that even our lore has only sketchy details, so it is exciting to take them out of the larger epics and build stories around them.”

The other reason is of responsibility. As one of the handful of horror-writing authors of India, he wants to represent the Indian cultural ethos on the global scale. “I am a part of the Horror Writers’ Association, and trying to be more active there. As there are not many Indians in this community, I want to write global stories with an Indian ethos. Also, werewolves are not part of our culture. Why should I write about them, when there are so many creatures and characters waiting to be explored?”

Besides horror, the other element that ties his books together is that they all speak from the female point-of-view, and have strong female central characters. “I find that the female psyche is more fertile, and not only is it more interesting and challenging for me as an author but also, I feel that the scene lights up when there are women involved. Males can be very similar, but women think differently even from each other, and that really makes everything more dynamic.”

His interactions with people from his years as a teacher and his observations help him navigate this tricky terrain. “I was close to my mother, who was very headstrong (I think all mothers are). And I cannot see women as weak. So that comes naturally.”

Does this require research? “Not always. I think, as an author, when you sit to write, all those observations you have been subconsciously making come back to you.”

This is also true for his locations. How does one get the feel of a Maharashtrian village right? “I mostly situate my stories in the west coast, like Goa and Maharashtra, because I know these places. Otherwise, they are supernatural locations like the border between earth and heavens. I have yet not made a research-specific excursion, but might make one to Amritsar for one of my upcoming works.”

So, does this writer of horror get scared of ghosts himself?

“Not really. I am not scared of the dark. But I do have my phobias. One is of corpses, which is why I generally avoid funerals. And the other is of the sea, especially at night. It is so vast and we know so little about it. The worst way to die is by drowning, I think!”

Has he ever had any encounter with the supernatural? “Unfortunately no. But I am collaborating with a paranormal investigator, and his accounts really make me wonder if there is a world beyond the one we see. Maybe he will allow me on one of his expeditions.”

One such expedition he is keen to go on is to a forest in Goa. “It is not advertised as a spooky site, but many people have told me that there this place, stone structure and all, in the middle of a dense forest. I would like to visit it.”

When the author becomes the reader

“I read Dracula as a child, and then some Poe. Over the last few years, Stephen King’s stories have influenced me. I really enjoy some regional horror like that of Marathi writer Narayan Dharap.”

Beyond horror, he loves to read thrillers and mysteries. “I grew up reading Agatha Christie, Sidney Sheldon and really enjoy the genre. Frederick Forsyth and Mario Puzo . I also love Harry Potter. Currently I am reading The Silence of the Lambs.”

“I don’t read as voraciously as before but I do read, especially when I am stuck and need inspiration.”

Now with his kids, 12 and 8, he has to be more careful about what he is reading and watching. “My father was not like that. He let me read whatever I wanted. But I don’t find that attitude in me.”

Between spending time with his family, which includes watching shows together and waiting for his wife, a teacher, to come home so they can have lunch together, and working on his several projects, he seems to have figured out balance pretty well.

“You think you will get more time after the kids are in college, but these are excuses. Why wait?”

Tell us a horror fiction by an Indian author on your TBR pile.

Neil D Silva : Of late, there have been many exciting books from new horror writers. I have a wishlist and have to get around to reading these soon—The Face at the Window by Kiran Manral, Djinn Patrol by Deepa Anappara, and I See You and Don’t Look Down, both by Karishma Attari.

One advice for amateur authors who want to write horror fiction.

Neil D Silva : It’s what I tell people whenever I get a chance to talk about my genre—don’t confine yourself to the stereotypes of horror, i.e. the bhoots and the chudails. Horror goes much beyond creaking windows and dark desolate roads. The horror that really lingers is that which relates to the way we lead our lives, that probes into the fears and phobias that we have buried in our psyche. It is the work of the horror genre to plunge into those fears, bring them out, make us face them, and probably make us bolder in the process. That kind of horror writing is what’s commendable.

You manage several forms of writing – social media, fiction, screenplay – does it get exhausting sometimes? How do you recharge your creative energies?

Neil D Silva : I believe in the adage: Do what you love and you won’t work a day in your life.

I love writing and there’s nothing else I’d rather do, and it’s that thought which keeps me going. Having said that, I must say that there is a lot of work at times. Certain things that I write are dependent on deadlines and then work piles up, and those are the days that things can get a tad challenging. I do get exhausted on such occasions, but I never get burned out. I’ll always return and be back in business.

I recharge myself with travel. I need change constantly. I have written novels in solitary hotel rooms in strange cities, shutting myself from the world. This change in environment clears the choked recesses of my mind and makes me more productive. 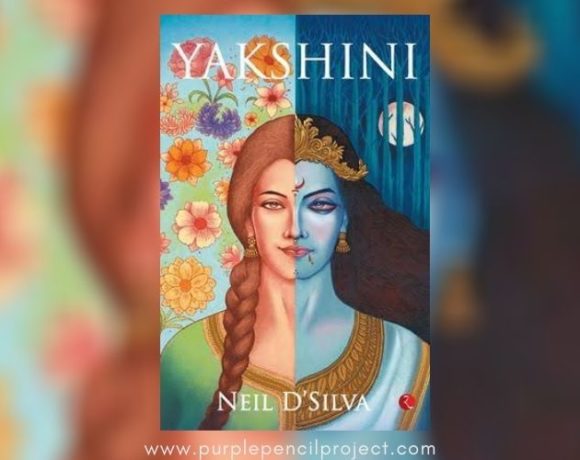 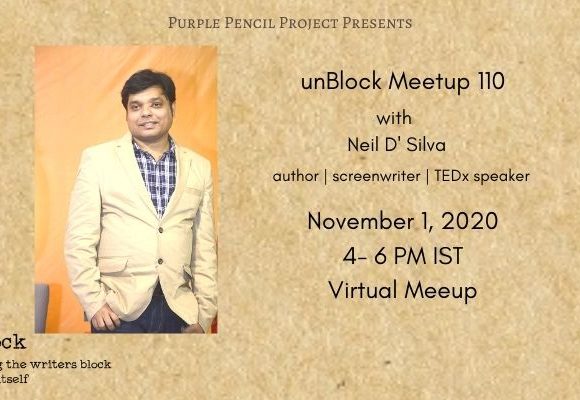 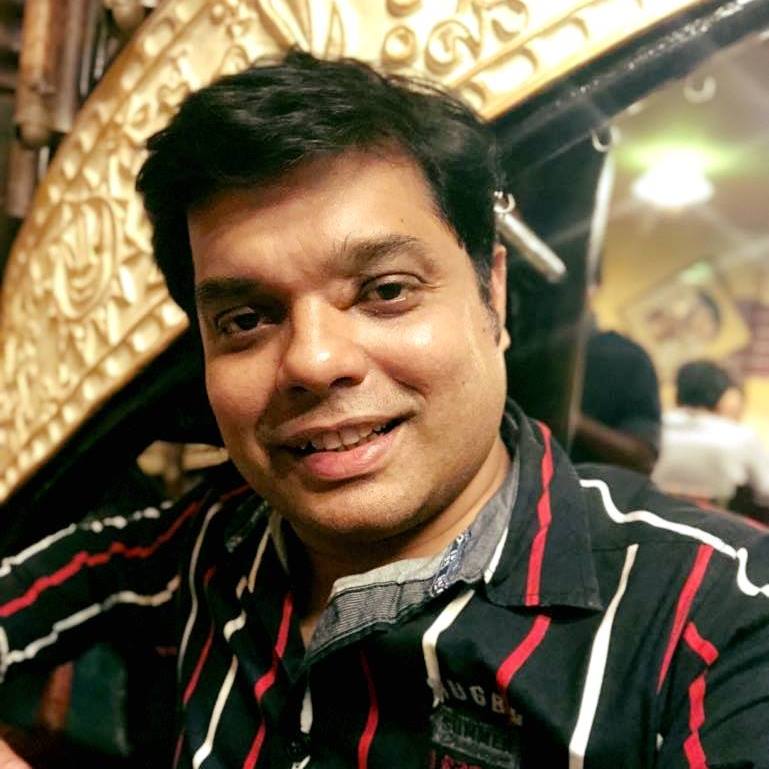 Other Works:
Maya’s New Husband
The Evil Eye and the Charm
Bound in Love
Pishacha
Right Behind You
Yakshini