In Conversation With: Kiran Ma.. 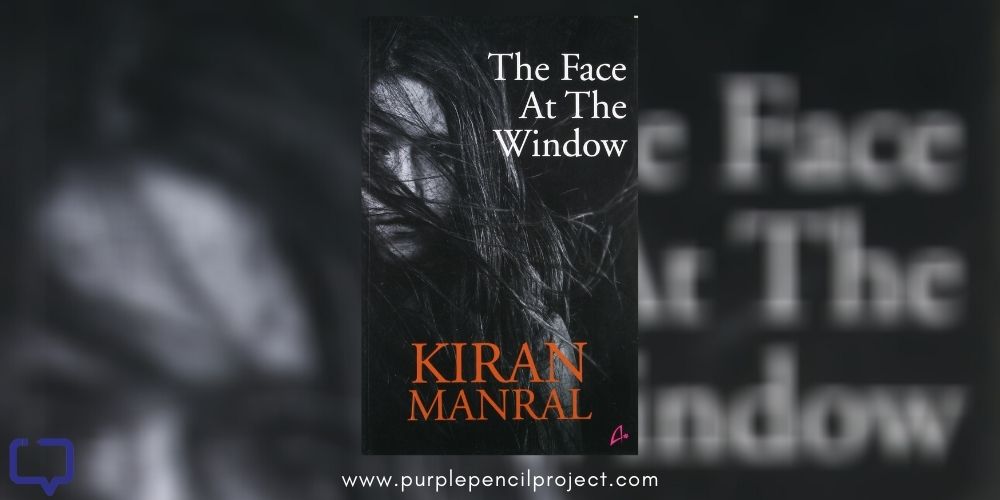 “And then came a second scream, a howl of terrible anguish, rending the sky apart, tearing the cosmos, piercing my ears and penetrating my very marrow. It was unearthly, a scream that couldn’t have emerged from a human throat, a scream that came from a being that had seen the deepest depths of hell.”

The Face at the Window is a horror fiction by Kiran Manral that revolves around a lonely, orphaned woman who does not know anything about her lineage. She is brought up in a convent and later becomes a teacher. A series of events happen, most of which she comes to regret – events that will eventually haunt her in the future. It shows how the horrors of the past can emerge, without warning, into the life of an individual, at a time least expected.

“I am going to die. This thing inside me, it won’t let me live. And then the grip on my hand tightened to a vice and refused to let go, and a voice called my name, hissed it out so that only I could hear it in my head. And I struggled, breaking my hand free with the little strength I possessed, looked into the red pinpricks of her eyes, screamed and rushed out of her hovel, as fast as my shaking legs and my cane would let me.”

The Face at the Window is set in a cosy, picturesque hill station, where our protagonist Mrs. MacNally or Masterniji, lives a life of comfort and tranquillity. Occasionally, her granddaughter comes to visit her from her boarding school a few hours away. The action of the novel begins when Masterniji receives a letter from someone named Garima Devi that makes her uncomfortable, evoking in her a series of memories that the reader is yet to be familiar with. What the reader knows by now is that motherhood hasn’t been the strong point of Masterniji and neither of her daughter, Millie.

The tone of the novel turns ominous as Masterniji informs her readers about her hunch of her approaching death. She feels something is just not right, and the reader can feel the arrival of something horrific. She can’t stop thinking about the face in the window that she had seen one night, that had left her with a high fever and a broken ankle. Inexplicable events keep happening to her, as she later finds someone sitting on the rocking chair of her room, in the dead of the night, staring at her with red eyes. Can she escape the horrors of her house, and her life? Read to find out.

Motherhood and a Questionable Lineage

“I had no mother. Or my mother refused to acknowledge me, whatever her reasons. I was adrift again.”

A prominent theme from the initial pages of the novel is the idea of a questionable lineage not only of the protagonist but even her daughter. Masterniji has spent her entire childhood in a missionary convent, until she moves into her alleged grandparents.

Her liaison with a parent in the school she taught led to the birth of an illegitimate child – Millie. She has no attachment to the child and gives her up right after she was born. It is Millie who later comes looking for her – to find out about her parents.

Millie turns out to be as distant a mother to her own daughter Nina, as Masterniji was to her. However, Nina and Masterniji share a beautiful bond, and the latter regrets not having treated her daughter with so much love and attention. Thus, the novel is peppered with familial issues, and the fluid nature and bonds that ties us to our lifegivers.

Horror and meloncholy, two sides of the same coin

“She was sitting in the rocking chair she often sat in, staring at me through the night and looked up at me on the ceiling. Not at me, or the carcass of me, lying on the bed, my eyes open, my mouth open, the hands frozen like chicken claws. She smiled, twisting her face into an expression that was almost maternal, and rose towards me in the air, her arms stretched out before her in welcome.”

The novel starts at a philosophical note and slowly builds up into an uncomfortable and ominous tone. The writing captures the range of fears and events that take place, evoking the anxiety, the spine-chilling, the racing heartbeats, even the calming, as the story progresses.

No doubt, The Face at the Window is a page-turner. The ominous tone, the hill station setting, the rain and the storm, all add up to the scare which the reader finally encounters. At every step, the narrative seems to be concealing some secrets from the past and the reader is constantly asking questions, staying engaged. It surely is not like any other clichéd horror story.

However, it is unable to keep up the intrigue that it builds throughout the first half of the novel. The ending seems almost hurried and unresolved.

The Face at the Window is for everyone who loves little creeps and scares in their reading. However, if you read in transit, like on a train or metro, this might not be the most suitable book. The Face at the Window requires constant engagement and some patience for that scare to really hit you.