Avinuo Kire gives us a peek into Naga Life and Cul...

A Crime Thriller Book by Jaish.. 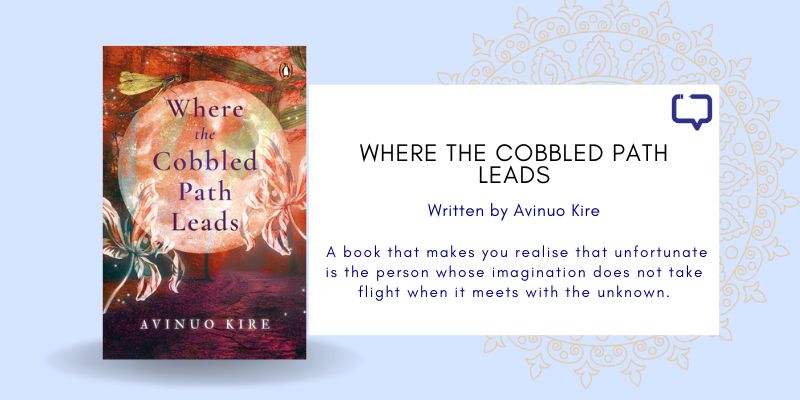 The latest book by Kohima-based writer and teacher, Avinuo Kire, Where the Cobbled Path Leads (Penguin, 2022) is a folk fantasy novel. Eleven-year-old Vime is struggling to come to terms with the death of her mother as well as her father’s impending marriage to another woman. She frequently visits a cobbled path close to her house, one that leads to a deep forest. One day, she follows the path and reaches a huge tree. She discovers that the enchanted valley is where the earth was birthed, and the tree is a gateway between the human world and what lies beyond. The place feels comforting to her, like “the slow and tentative reawakening of a beautiful childhood memory, once cherished, now forgotten.” Here, she also comes across Tei, an elfin forest spirit, whom she confides in.

When Vime falls asleep in the forest, she reaches the fringes bordering the human and spirit world—where human souls stop to rest before their final journey to paradise. Here, she encounters a younger version of her mother in a vivid dream. Soon, the secret hideout becomes one of refuge for Vime, who decides against telling anyone in her family about it. While no one has ever attempted to meet the souls in the in-between, Tei tries to make an exception for Vime. In exchange, Tei asks Vime to allow her to bind a part of her soul to her forest song, which would enable her to exist half in the human world and half in the spirit world.

“Imagine a panoramic view—a forbidden pre-creation forest as old as time, hostile trees rooted upon an earth which knew no laughter or sunshine, only bitter ghostly memories, all waiting to fulfil an ancient prophecy, and somewhere within this bleak emptiness, two young girls lying on their backs, hand in hand, as if on a gay picnic, lips delicately curved upwards, with tremulous tranquil smiles.”

The story is filled with Naga spirit stories, folklore and beliefs such as the fact that spirits reside in old forests. Legend has it that Longkhum, a beautiful little vanguard village, is a place where tired souls go to rest, manifesting as eagles after death. In the forest, Vime encounters female spirits with long hair and inverted feet, notorious for vanishing within the blink of an eye. At the same spot, Vime also meets a woman who tells her that as a child, she would see naked little children dancing around the same tree.

Avinuo Kire has filled the prose with several little stories within the larger story, like the old folktale about a girl who turned herself into a bird. To escape being mistreated by her stepmother, a girl began weaving a pair of wings using cloth and black and white yarn. When she donned the wings, she instantly transformed into a hornbill who flew far away. And so, according to legend, the great hornbill was actually once a girl who could not bear to be human.

Avinuo Kire has made some references to the political conflicts within the region. The Naga Army wanted the Naga Hills to be free of the present Indian government, and so were regarded as insurgents, and often hid from the authorities who would search for them. Despite ceasefires, there were frequent shootouts between the Indian Armed Forces and the Naga Army. The violent clashes would always leave an uneasy atmosphere, “thick and heavy with tension and uncertainty.” The streets would wear a deserted look for days, and schools and shops would be closed.

With short chapters, Avinuo Kire moves her intriguing story along swiftly. Finally, the magical adventure helps Vime come to terms with the circumstances she is facing in life—getting over the loss of her mother, forging a connection with her father’s new wife and ultimately, emerging a stronger individual. In a dream, she meets her mother one final time, who tells her to “live boldly, embrace the world, drink the sea, take it all in, and be so very happy.”

“In the years to come, Vime’s adventure would not always hold under humankind’s amusing propensity to insist on making sense of things that are beyond frail human understanding. And in failing to do so, deny themselves a glimpse into the marvellous unknown.” It makes her realise that unfortunate is the person whose imagination does not take flight when it meets with the unknown—and nothing matters as long as she herself believes in her own truth.

“Who knows what wonders life holds for each of us? And how do we make sense when so many voices clamour to explain life’s unexpected turns.” 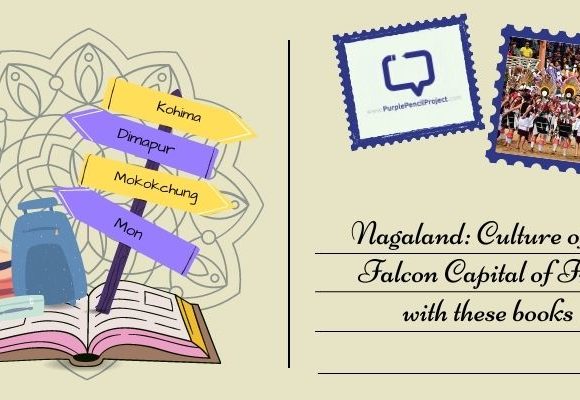 Avinuo Kire is a writer and teacher from Kohima, Nagaland. She has authored The Power to Forgive and Other Stories (2015), The Last Light of Glory Days and Other Stories (2021), a collection of poetry, Where Wildflowers Grow (2015), and co-authored an anthology of oral narratives titled Naga Heritage Centre-People Stories: Volume One (2016). Avinuo currently teaches English at Kohima College.