In Conversation with: Paul Mel.. 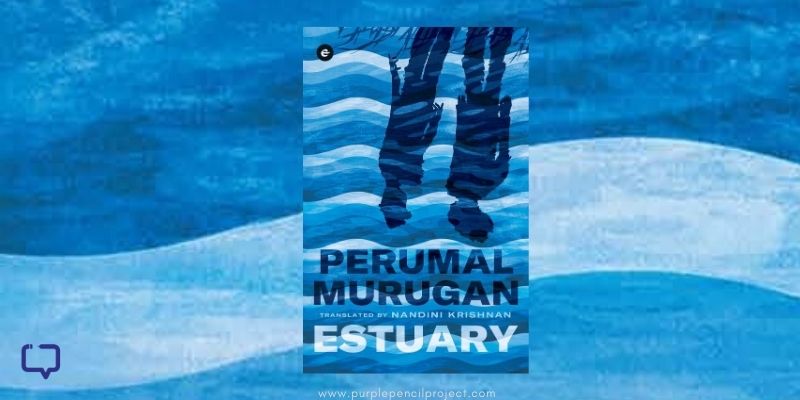 Estuary (noun): the tidal mouth of a large river, where the tide meets the stream

What attracted me towards Perumal Murugan’s latest, Estuary, apart from the writer himself, was the title. And the apparent discrepancy between the title and the blurb which described Estuary as “a razor sharp parody of everything from e-commerce to the fitness industry,  art appreciation to political manipulation, cram schools to social networks” (taken from the inner flap). What was the connection between the two? I wanted to find out.

Estuary is the story of a man in many roles, but primarily his story as a father in a world that seems to have become increasingly alien and hostile. That his son, and to his surprise, his wife, both seem to have become inhabitants of that world and co-conspirators against him is a source of constant wonder and worry to him.

It all begins when a late at night call from his son Meghas with a demand for a new phone disturbs Kumarasurar. What he loses is not just his sleep but his precarious balance in a seemingly unsympathetic world and this starts a journey on which Murugan takes his readers along with Kumarasurar. It is the craft of a writer like Murugan that he uses this opening to present before his readers a story that works on so many levels – a commentary on the present times, the story of a seemingly normal middle class family, a complex father-son relationship and the story of a marriage all rolled into one book.

Estuary is a very contemporary novel, a novel truly of our times. It is plotted in a landscape –geographical, mental and societal – that we all inhabit. And this familiar landscape, with its education system and the treatment of students; the new (and often unhealthy) worlds that the mobile phones and internet has opened to us; parents worrying after their children incessantly; grisly stories of selfie related accidents; the monotony of life of a government servant in a forgotten office and addiction to online gaming etc, gives the novel a large share of its power.

While it is different from his other books like Poonachi, it’s concistent in his use of brilliant satire and sarcasm to prove his point.

In the Introduction to Estuary, Murugan writes :

“Humans have no problems, internal or external. . . . In a world where everything is straightforward and where perfection prevails, what work does a writer have? . . . Therefore, I have set this novel in Asuralokam, and my characters are asuras.”

This sets the tone for the novel and as we read of the trials and travails of the asuras of asuralokam, the satire becomes more and more pointed.

Murugan raises many questions in Estuary regarding the values and culture of the present world. One of the biggest targets of his satire is the field of education, as seen from the eyes of Kumarasurar. To do well in his life, Meghas is sent to a “city of schools” which “had no native inhabitants. It had no fields. It was all dry desert…. There were more schools than trees…. A board at the entrance to the town read ‘School City‘.”

Any city-bred, privately-educated individual will be able to marvel at how well Murugan captures the essence of this place at the same time that he magnifies it manifold to make it an object of ridicule. But this is not where he stops. He also offers his readers a glimpse into college admissions that take parents on ‘college tours’ before admissions start.

We are taken to many colleges, each with their own specialty for the welfare of the students. Like the college which has no vacations and has provided bridles for students so that they can concentrate; or the college where robots are used to ensure discipline; or the college that uses a special bamboo cane for motivating its students. What is even more scathing than the descriptions of these colleges, is the reaction of the parents to these novel ideas.

Education is only one of the aspects of the society that Murugan satirizes. He talks about the selfie culture, pornography, addiction to online gaming, precarious family relationships, government jobs and salaried employees as well as the general state of the asura society. But the biggest achievement of Estuary is that even when it does so, it doesn’t let go of the main character and his dilemma.

We witness everything from the perspective of Kumarasurar, and as I was reading the novel, I swayed between sympathy and irritation with him. His is a character capable of instigating both emotions in the reader – depending on where you read him from.

He is, at the same time, a caring, upright. and innocent man as well as a man who is unable to forge a meaningful relationship with his son or his wife, and who is unable to move with the times. His fear and skepticism towards modern technology that forces him to keep the computer in his office packed in a cupboard is just an example.

We get to see the world from Kumarasurar’s perspective for most of the novel but there are some moments when we get to see him through the eyes of his wife, and this adds more layers to his character.

The other characters, though, do not get this treatment and remain stagnant. The only change that comes is through the vision of Kumarasurar that undergoes a change towards the end. My only critique of the book is that the change in Kumarasurar feels somewhat sudden. I wish there was more to the last few chapters of the book. The abruptness of change in the span of a week, while possible, seemed a little far-fetched.

A word of praise to Nandini Krishnan for this smooth flowing translation of Estuary. Nowhere did I feel that Estuary wasn’t originally written in English (even though I am sure much may have been lost in translation).

Also, the beautiful cover with its shades of blue representing the waves and two reflected figures, that are probably Meghas and Kumarasurar, gives the book a beautiful look and makes one want to take it in your hands. And once you have picked it up, chances are, you will be intrigued and interested enough to keep reading.

“Kumarasurar didn’t know what had prompted this sudden decision. The sea welcomed everything that came close. All one needed was to learn how to welcome everything.”