A Journey through the pages of history

About the Don’s Wife

A Journey through the pages of history 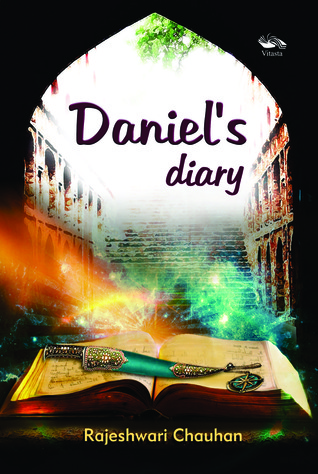 The Blurb
When Mrinalini, an art restoration expert, ventures into the ruins of Rang-Mahal and the Palace of Sumangarh, an accidental discovery of a skeleton and a manuscript detailing the exploits of Daniel, a Portuguese artist, opens a window to the forgotten era of grace and grandeur. The blossoming of love between a Moghul Emperor and a Rajput princess, is seen through the eyes of a foreign traveller, who himself falls in love with Jodhabai.
The plot revolves around Daniel’s quest for beauty and passion, the ecstasy and agony of love. He marries the famous courtesan Mahamaya only to lose her. It also draws a modern day parallel in the life of Mrinalini, a woman who seeks refuge in artistic pursuits and architectural ruins when relationships in life confuse her.
Will she and Surajsinh be able to decode the clues left behind by Daniel? Will the curse of centuries-old unfulfilled love break into a happy ending for Mrinalini?
Buy @
Flipcart | Homeshop 18 |Infibeam | Amazon.in | BookAdda | Amazon.com
MY REVIEW

Daniel’s Dairy, is Rajeshwari Chauhan’s Historical saga of pain, betrayal, agony and Eternal Love. The chance discovery of the Daniel’s Dairy leads Mrinalini on a journey which finally leads her to discover true love. The story draws a parallel between Mirnalini’s story and Daniel’s Story. As she uncovers the past she begins to unravel her life’s Plans too.

Mirnalini is a modern woman, who knows what she wants and is in the eternal quest of true love.  Her relationship with the aristocratic Arrow and Suzan is very rocky from the very beginning. Surajsingh is the genial man with genial manners and a loveable attitude, but is also very mysterious and is hiding something. Mrinalini and Surajsingh fall into a very cordial relationship from the very beginning. The other characters in the present time, like Dadasaheb, Bubbles and the entire royal family make for really interesting incidents and create many anecdotal instances.

The historical characters, their depiction and the environment created by the author while writing the dairy is very detailed. Mahamaya though makes a late and very small appearance, her presence is very impactful. The other characters add on to the pomp and the grandeur of the Rajput era. Daniel, according to me is the best written character in the entire book. The way she portrays, Daniel is quite real and the emotions he is going through hit home most of the times.

The story and the characters are very powerful; especially the historical portions of the book leave me wanting for more. Every time the dairy entry ended I could not wait for the next one. The most fascinating part of the book is the Dairy and Daniel’s Story and the treatment of it in a very detailed manner. The play of emotions is very beautifully used by the author to create and draw a parallel between the past and the present.

What needed to be worked on according to me is the narration. In some places, like where the foreign tourists come to stay for two days, the narration gets too dry and the fact that dialogues are not used becomes very evident. Also I wanted to see more of Mahamaya. The story is so focussed on the Moghul Emperor and the Rajput princess that Daniel and Mahamaya’s story gets somewhat side tracked. More description of their relationship and interaction could have probably worked wonders for this story.

Other than that this is a very powerful Saga. Rajeshwari Chauhan has created such an impact, and it is very evident that she belongs to a Royal family. I expect many more winning historical sagas from her.

The Author’s Thoughts
A freelance writer, artist, and teacher, Rajeshwari Chauhan has contributed as a script and content writer for many creative and promotional literature, short movies, and plays.
A passionate artist, she loves to create realistic paintings on canvas as well as doing wall paintings. For her, painting and creative writing are complementary to eachother.
Being from the Royal family of Chhota-Udepur, she has always had a fascination for history and conservation of heritage.
Stalk her @

Not At all Sorry

No Goodbyes For This

Hunting Down the Mangler