Samskara: A Rite for a Dead Ma.. 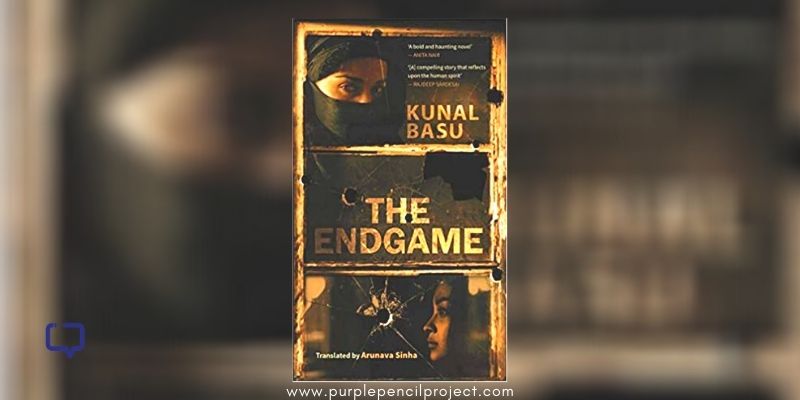 Search for The Endgame online, and chances are you will only get search results that talk about the book of the same name by S. Hussain Zaidi. But search the book by its original Bengali title, ‘Tejaswini O Shabnam’ and you will have hit the mark. This is interesting, because Kunal Basu writes mainly in English. The Endgame is his first Bengali novel, which has been translated into English by Arunava Sinha.

The Endgame is the story of Tejaswini Ray or Tejo, as she is called by her colleagues. She is a firebrand journalist, a daredevil, a risk-taker who is “in the habit of keeping a bag ready just in case she had to leave in a hurry”.

Tejo lives in New York and as The Endgame opens, she is being sent to Nimrud, Iraq, which continues to be a war zone seven years after the downfall of Saddam Hussain. She has to stay there in the camp of the US Marine Corps along with all her fellow reporters and follow certain rules set by the army for filing any stories.

Once she reaches there, we see her in action as she tries to cover as much of the ongoing internal war in Iraq as possible. But things change and take a more personal note when she encounters Shabnam, a young dancing girl who is a victim of human trafficking. They form a bond, and it becomes Tejo’s personal quest to see that Shabnam reaches home safely.

The Futility of War

The Endgame is the most successful in its portrayal of the sad and disheartening realities of the war – the objectivity of war meets the tragedy of the personal. We see Iraq as it lies ravaged and rife with internal factions that seem to be hell bent upon creating further disharmony in a state already torn apart by constant warring.

While the US army is still there, trying to ‘restore order’, there is no dearth of innocent people losing their lives through bombings, killings, lootings of the various factions as well as the actions of the army. Through the eyes of Tejaswini, we see and hear the stories of some of these people, learn of their shattered dreams, their losses and their everyday struggle to simply survive. Basu also weaves the angle of human trafficking into the story. Through the story of Shabnam, we piece together how young and gullible people are sold into slavery and how this network works on an international scale.

Unfortunately, this is not enough to take the novel beyond the realm of the ordinary.  Besides the descriptions of the futility and pathos of war and human trafficking, the book has little to offer. T

he character of Tejaswini, which is at the center of the book, lacks depth and development. We see her as the invincible reporter who is the best of all, and the most capable of achieving feats that seem well nigh impossible. Her character is flat, as of those around her.

There are certain ideas that are touched upon but not developed to their full potential, such as the role of media, censorship by the army, the struggles of being a woman reporter on field. Even if we accept this as a requirement and a limitation of the thriller genre, the novel fails to pack a punch in that aspect. The relation between Tejo and Shabnam is not hard to guess if you have watched/read enough of this genre and the novel moves ahead on rather predictable lines.

In an interview, Basu says that a film production company had asked him to write a story centered on trafficking for them. He says that he was “initially reluctant . . . . (but) agreed provided they could arrange for me to meet with the survivors of trafficking.” Once he met those survivors, he “broke down. A dozen pair of eyes merged together and gave birth to Shabnam.”

This quality of on-screen adaptability stands out in the novel. The entire time I was reading the book, I was struck by how well and how easily this could be adapted on screen. The descriptions, the characterization and the plot speed are definitely suitable for that medium. The cover design of the book also sustains this impression.

The Endgame is a short and quick read, one that I could finish in a sitting or two. While it has its faults, this is the kind of book which might prove a good companion while you are travelling or waiting in between.

“I am wondering where the war actually began. Was it in the oilfields or at the Pentagon or in the Sundarbans? Are the tragedies of Arabia and India one and the same? For all the big talk about a changing world, perhaps nothing has changed, the value of life has simply gone down with every war that has been fought.” 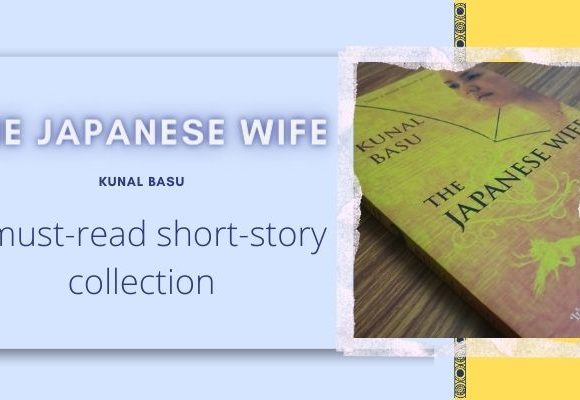 A global fiction in Kunal Basu’s The Japanese Wife