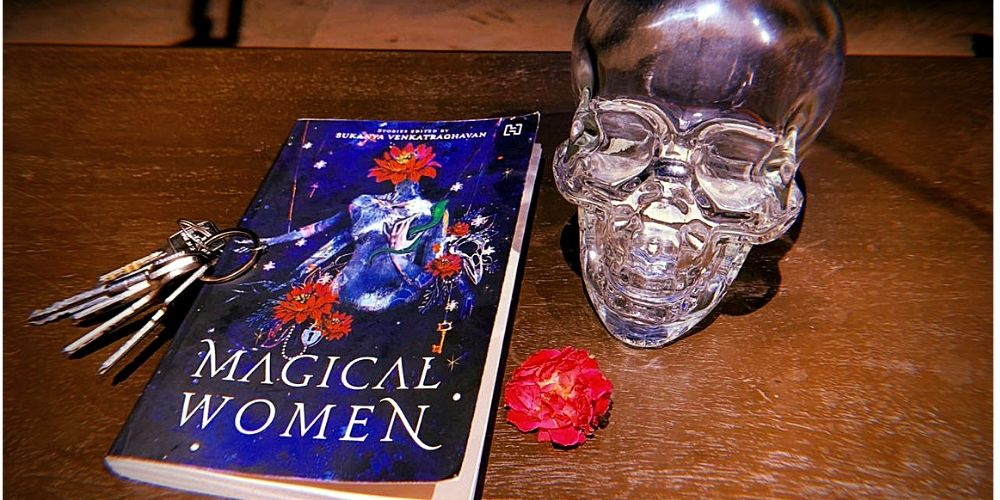 Stories oftentimes find their essence in the women who weave them, shaped and moulded by their experiences of love, loss, betrayal, triumph and hope. Magical Women, edited and compiled by Sukanya Venkataraghavan is one such anthology, a perfect blend of fantasy, romance and reality of what being a woman entails.

The collection includes are 14 beautiful stories written by strong writers, including Venkataraghavan. She has successfully curated creativity and craftsmanship, to bring us tales of intrigue and absolute delight.

Loss is not necessarily material. Many of the female protagonists in the stories experience loss – of a loved one, of innocence, of humanity — but never of hope. The women in “Magical Women” are stunningly self-aware of themselves and their circumstances, they beat the odds almost every single time.

Mahi from Sejal Mehta’s “Earth and Evolution Walk Into A Bar” is a woman on a war-path. She is mother nature and she is angry at the constant violation of her body by her ‘children’. But instead of cowing down to her maker, she grabs back her agency and rebels, even when the path in front of her is one of self-destruction.

The female protagonist in Nikita Deshpande’s “The Girl Who Haunted Death” is a contemporary Savitri who, at first, intends to bring her husband back from the clutches of Death. But Deshpande’s story makes us wonder, what if Savitri fell in love with Death instead? While in the beginning of the story she is experiencing the loss of her husband, a part of her is sentient to the possibility that after all this time, maybe it is Death’s company that she misses.

Almost all of the protagonists of “Magical Women” exhibit exemplary strength of mind and character. Their moral compasses, though initially influenced by the men in their lives, are set right upon their own self-awareness. They are pro-active individuals who refuse to succumb to the role of victims.

In Sukanya Venkataraghavan’s “The Rakshasi’s Rose Garden,” Ira, the protagonist and the subject of much discussion is a vigilante Rakshasi. She is envied by her neighbours, who she lives in who think she’s a man-eater. But it is only towards the end of the story that the reason behind the evergreen nature of her rose garden is revealed. In Krishna Udayasankar’s “Apocalyptica”, the consort goddesses of the Trimurtis (Brahma-Vishnu-Shiva) come together to bring about the destruction of a hopeless world, even at the cost of their own lives.

A singular theme that overlaps in all of the stories in “Magical Women” is the protagonists taking control of their own destinies. The protagonists of “Grandma Garam’s Kitty Party” and “Gandaberunda” are women who are going against the grain. The writers have successfully captured the nuances of the modern, feminist woman who is opinionated, proactive and most importantly in charge of their own destiny.
In Shveta Thakrar’s “The Carnival At The Edge of The World,” a puppet comes to life, finds adventure and her life truth along with it.

Magical Women carries in its pages exactly that, magic. Each of these stories thread together beautifully and create a strong sense of community of women who, whether mythical or real, possess the same passion and zest for life that makes up the essence of being a woman.

Final Verdict: 4/5. A thrilling and enchanting weekend read. Best accompanied with a warm cup of coffee or hot chocolate. Get the book here. Special props to the stunning book cover design, that captures the stories, and the power within, so well.

Recommended For: Readers of fantasy fiction and lovers of stories with strong female characters.