Luka and the Fire of Life by S.. 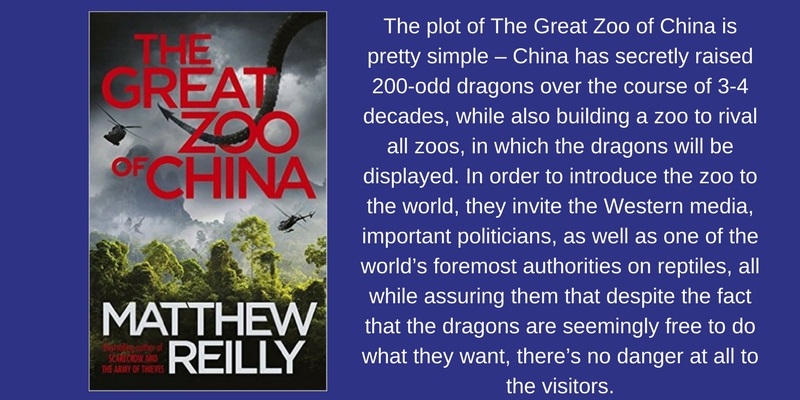 The plot of The Great Zoo of China is pretty simple – China has secretly raised 200-odd dragons over the course of 3-4 decades, while also building a zoo to rival all zoos, in which the dragons will be displayed. In order to introduce the zoo to the world, they invite the Western media, important politicians, as well as one of the world’s foremost authorities on reptiles, all while assuring them that despite the fact that the dragons are seemingly free to do what they want, there’s no danger at all to the visitors.

Look, I’ll be honest – Reilly’s one of my secret vices, and I enjoyed reading his first go at an adult female protagonist in CJ Cameron. The book itself is a fun ride – after the first 50-75 pages of introductions and expositions, the rest of it (like much of Reilly’s other works) is essentially non-stop action. Reilly creates an enterating and intriguing story, with some brilliantly unique elements in his exploration of the dragons, and an engaging main character – CJ, like most other Reilly protags, is the one who knows almost everything to do with the bind she’s found herself in. There’s a moment towards the end where Li, a Chinese engineer, becomes important, but everyone else is basically just a supporting character in the CJ Show.

Despite CJ’s overwhelming presence, however, it’s Lucky the Yellowback dragon who truly steals the show. Lucky has got to be one of my all-time favourite Reilly characters, and I will read an entire book dedicated to her, no questions asked.

That said, while the book is undoubtedly a fun read, quite frankly, it’s not at the level Reilly’s other books are. Most of the characters (even the important secondary ones) are underdeveloped, and while I love CJ, the fact that Reilly makes her female seems to be only because he wanted her to bond with animals. Oh, and of course, worry about the fact that she’s no longer ‘beautiful’.

As someone who’s read a lot of Reilly’s works, I can attest that he knows how to develop his secondary characters – he manages wonderfully with a couple of them in Ice Station and the rest of his Scarecrow series, and does just as well in Seven Ancient Wonders despite having something like 10-12 secondary characters to flesh out. As far as I’m concerned, what this book needed was two things:
a) Someone to run CJ’s characterisation by to help him reduce the stereotypical portrayal of the ‘hot chick who can survive stuff’ (seriously, there’s too many parallels between her and Clare from the latest Jusrassic Park movie for me to believe that it’s anything but stereotype here)
b) A hundred or two more pages to iron out the other characters – the story would be better off for some more down time with more character development for the rest of the Zoo Crew.

Then the last pair of defenceless masters, the green river dragons, were set alight by more sprays of fire, and now the whole Nesting Centre really resembled Hell: squeals of pain, flaming bound creatures being tortured, roars of sneering delight from the crowd of dragons, all of it ruled over by the two merciless master dragons.

Final Verdict:  ?? 1/2 – ???.  Read it! But borrow it from a library or a friend, or get the Kindle version as far as possible. It’s a thrilling ride but not one you should spend more money on than necessary.

Rishika Aggarwal is 23-year old perpetual student, writing poetry in between work and literary theory. You can find her reading, arguing about books with Sakhi, on tumblr, or on Gumroad, selling her all together amazing works. An edited version of this review first appeared on the reviewer’s Goodreads page. 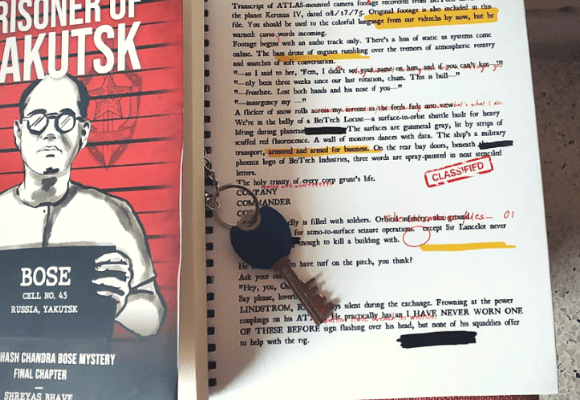