The Outcasts: A Thousand Dream..

In Conversation With Balaji Venkataramanan

In Conversation With Balaji Venkataramanan 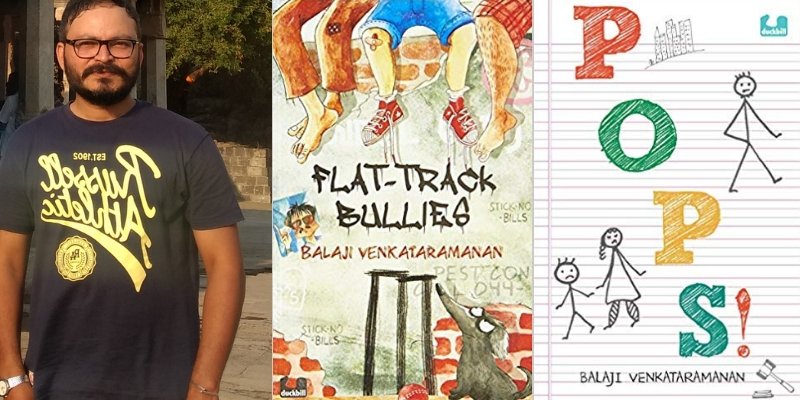 Riding on his fame from Flat Truck Bullies (FTB), Balaji Venkataramanan’s Pops! is a refreshing read for children and adults alike. We at Purple Pencil Project loved the story of Pops! (published by Duckbill), told with refreshing authenticity and just the right amount of innocence. So of course, we decided to sit down with him (virtually) to pick his brain. Excerpts:

I’ve been told that you’re from an IT background. What according to you inspired your drastic change in career paths? And how did your first book “Flat Track Bullies” come about?

I haven’t really changed my career path. FTB just happened. One summer vacation, I saw my nieces shunting from one special class to another that I found their whole schedule amusing. Comparing their childhood with mine which was mostly spent outdoors loafing, I started writing just to keep myself amused. It stayed in my computer for quite some time till my niece who was snooping around found it and asked me to submit it to a publisher.

Unlike FTB, Pops! has a more subtle infusion of culture in it. Can you tell us a little about what your childhood was like in Chennai and how that has reflected in your books?  But are there episodes from your own childhood that you have used in your fiction? Could you give an example?

I don’t quite agree here. I feel FTB is more of a Chennai book with a lot of Chennai culture thrown in. Pops is a pretty generic story that can happen anywhere. And Chennai is probably the only place I know best and so subconsciously it comes into the story.

I had my schooling in Trichy. We lived in a Government Township which was insulated from the outside world. Everything was subsidized. Our English teacher used to call the Township residents as ‘Paradise people’. Lots of trees and open spaces. We used to play cricket ‘bet matches’ for mangoes and that’s probably the only thing that is in my first book. However almost every place in Flat-Track Bullies (FTB) is close to the place I live in Chennai. In fact, I can take you to the exact locations that inspired me, the cemetery, the railway station, the horse stable, the temple festival, the gypsy tattooists, the Chepauk Stadium.

The issue you take on in Pops! is a very sensitive one, especially in our dominant society. But your portrayal of the court systems from a child’s perspective has lent an air of innocence to the story. How much research did you have to do?

I did some research, talked to some of my friends, observed children as well as let my imagination take over in a few places.

Despite the title of the story, the character of the father in Pops! is layered and yet not three dimensional at the same time. He seems to be defined by his relationship with Arun and his eccentricities. What made you decide to create him like that?

He came to me like that; so I just let him be that way

Pops! has a consistent first-person narrative. As does FTB. Would you call this your standard style of writing or do you plan to deviate from it in your upcoming books?

The thing that draws me to a book is the voice. I like first person narratives and maybe I feel most comfortable with that. And I’m not sure what I am going to write next

Both of your books cater to a younger audience. Are you comfortable labeling yourself a children’s books author?

Flat Truck Bullies was an out and out children’s book. Pops!, well, I wrote it for an older audience. It’s just that the protagonist happens to be a seven-year-old. I actually wanted the subtext to be moving. But I wish the line between children’s and adult books would blur.

What kind of books did you read growing up and which authors have inspired your writing?

As a kid, I mostly read the Russian travelling library books, Amar Chitra Katha, The Hindu Newspaper, Sportstar and a whole lot of English magazines my mom used to bring from her office. I’ve drawn inspiration for my writing from Salinger, RK Narayan, John Green. I am not a voracious reader of fiction though.

Lastly, now that Pops! is out, what are your future writing plans? Are there any particular topics you want to tackle in your writing going ahead? Do you have something new in the works for us?

I know I am extremely lucky to get published a second time. Let’s see if I can get lucky again. I write what gives satisfaction to me at that point in time. 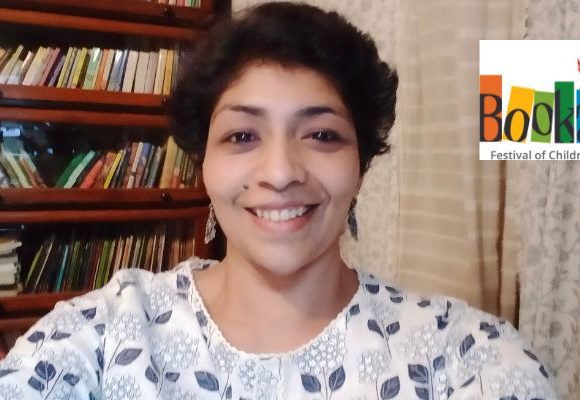 The power of a good story remains unchanged: Lavanya Karthik 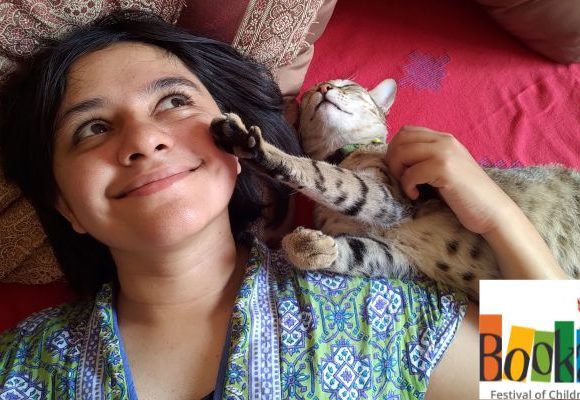 Technology is just one more way to connect with the kids: Likla Lall 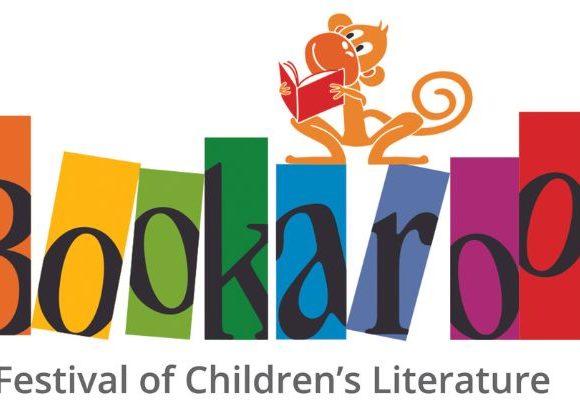