The Queen of Jasmine Country b.. 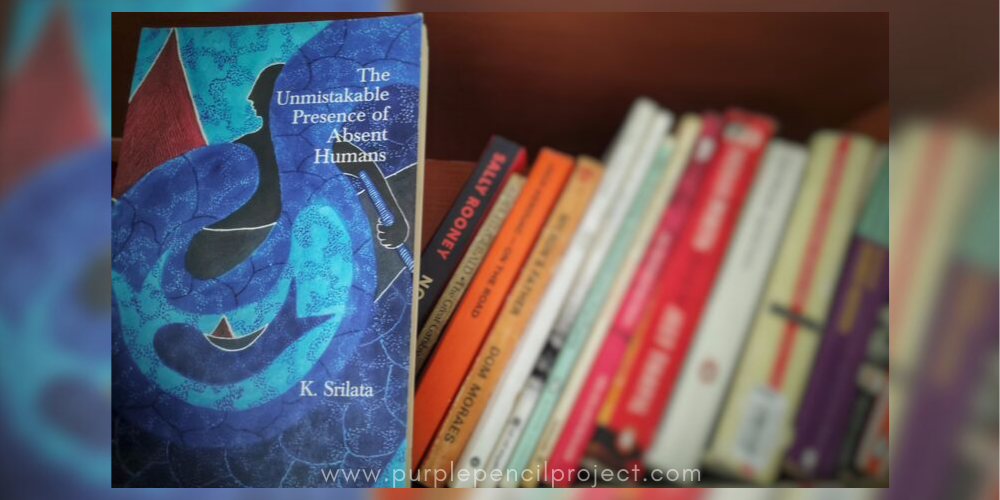 In the first paragraph of the Preface to the poetry book “The Unmistakable Presence of Absent Humans”, Srilata quite beautifully encapsulates what this collection of poems is about.

“…I found that one particular idea surfaced repeatedly – the idea of absent presences, absences that are, quite unmistakably, presences.”

It contains within itself a multitude of worlds, with spaces that remain so obviously unfilled that they become a material that one moulds into other things that are tangible. Making tangible that which is intangible is the central theme of this collection.

This is especially evident in poems like “It is 1966”, “A Disappeared Person”, “I sweep the Spores of a New Silence”, “Asleep Under My Tongue”, “Father” and so on. The poems feel deeply personal but you are also able to see the people who might have disappeared from your own life.

“Ever since you left,/ your name has played/ catch-catch with me.” Lines like these evoke a sense of bitter-sweet loss that Srilata captures with a simple writing style that speaks to even the lay reader. She doesn’t need too many embellishments; her lines feel sincere and the limited adjectives makes it seem unadulterated. She also plays with this theme by invoking mythological and historical examples like that of Sita and Penelope, talking about the empty spaces people left in their stories as well.

The nostalgia of growing up

Even though the underlying thread is that of absences and presences, there are some poems that sound and feel very different. One of my favourite poems from the collection is “Being Seventeen, Being Boys” and especially the lines “And to think that they are done,/ nearly done,/ being boys.” perfectly summarises the nature of our adult lives, of the losing of our innocence.  Another poem in her collection that hit home was “Teaching Chaucer’s Canterbury Tales to a Class of Eighteen-Year-olds”.

Srilata writes about being a poet, being an educator, being a wife, being a mother, being a daughter. This comes across best in “A Woman of Letters” and it reminded me very much of Plath’s fig tree analogy. Poems like “This Poet at the Back of the Hall” and “To Read That Poem to Teach Your Class” reminded me of poems like “Elizabeth Oomancherry” by Vijay Nambisan, in its very self referential quality.

There are some poems that draw on the current socio-political climate as well. These poems tackle issues that are very relevant to Indian society and they overflow with frustration, anger and exhaustion. “Gujarat, 2002”, “I Bury Them Under the Witnessing Yellow of the Chinar” and “They Help Themselves to Many Things” are especially confrontational of the civil liberties that are slowly becoming absent in our society.

I genuinely enjoyed this collection of poems for its ability to exhaust me, to make me smile, cry, hopeful, and everything in between. She ends the collection with a poem called “Getting on” and it’s true, we will all get on with our lives and our worlds will continue to exist, but she concretised the abstract idea of absences in a manner that will not let me look at things the same way again.

“This summer too, the birds sing for me./ I still have a requiem left to write/ for the missing and the disappeared.”

Final Verdict : 4/5. Go buy this book for yourself and feel the warmth of good poetry.

Suggested : You can definitely check out Kamala Das’ poetry if you like this type of material. Also, do check out “All the Worlds Between” which is edited by K. Srilata and Fiona Bolger.