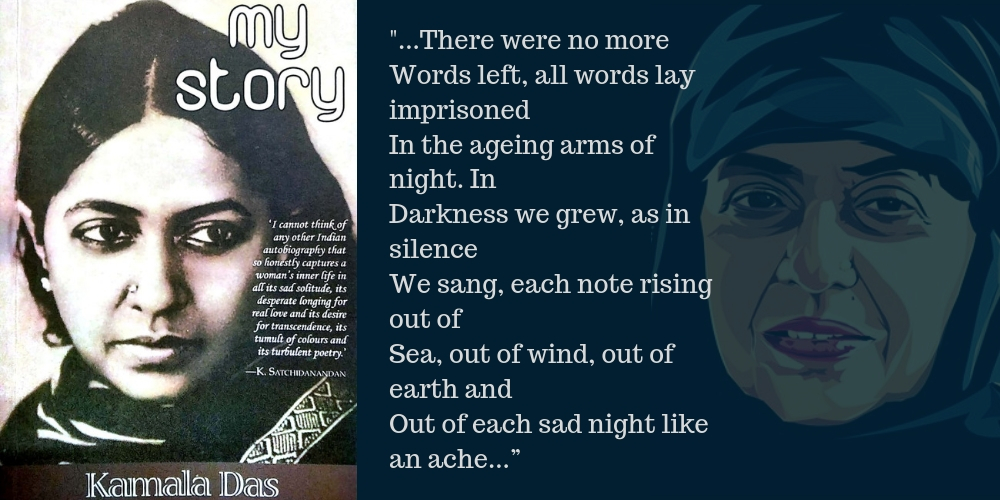 As a student of literature or as a feminist, it is hard to escape the influence of Kamala Das aka Madhavikutty aka Kamala Surayya. A pioneer among Indian poets who wrote in English, her extensive literary oeuvre also encompassed short stories, novels, essays, and a memoir. She wrote unabashedly about taboo topics of the time, such as women’s sexuality, love, lust and coming of age in a patriarchal society. Kamala Das was also controversy’s favourite child as she faced brickbats for the things she wrote about and the choices she made through her life (including her later-life conversion to Islam in 1999).

May 31, 2019 marks Kamala Das’ tenth death anniversary, and it’s an apt time to revisit her life and times through My Story, her autobiography or rather ‘biomythography’ as she later admitted that some of the stories were part reality and part fiction.

My Story (Ente Katha in Malayalam) was originally a series of columns published in the weekly Malayalanadu in 1973. It was written by the author as she lay recuperating at Bombay Hospital and looked back at incidents and milestones in her life. Written with raw candour, the book became a bestseller and was eventually translated into 15 international languages.

My Story offers a glimpse of the events and forces that shaped Kamala Das’ life and views. Born in 1934 to a prominent Nair family, Kamala Das spent her early years in Calcutta. While her parents were artistic, her childhood was characterised by loneliness and neglect as her father was perpetually busy at work and her mother was “vague, indifferent, spent her time lying on her belly on a large four-poster bed, composing poems in Malayalam”. The lack of a stable home also rankled as she kept shuffling between Calcutta (where her father worked) and her ancestral home in Nalapat, Punnayurkulam, Kerala during her childhood.

The author writes poignantly of the discrimination she and her brother faced at the European school they were studying in when the British were still ruling India. She describes an incident where a poem written by her was recited to a visitor at the school and the credit was given to a Scottish girl. “When the visitors came the brown children were always discreetly hidden away, swept under the carpet, told to wait in the corridor behind the lavatories where the school ayahs kept them company,” she writes.

As a witness to the pre-Independence and post-colonial era, she describes the Hindu-Muslim riots and the effect it had on her household and acquaintances, as well as the impact of Gandhian philosophy on her extended family in Kerala.

The trials and tribulations of marriage

At the age of 15, she was married to Madhav Das, a bank officer, with whom she had a turbulent relationship characterised by mismatched levels of sexual yearning, according to her autobiography. She describes the brutality of the first night of her marriage, and how her body was “not ready for love-making”.

In the depths of her despair, she writes: “It would not do to dream of a different kind of life. My life had been planned and its course charted by my parents and relatives. I was to be the victim of a young man’s carnal hunger and perhaps, out of our union there would be born a few children… I would wash my husband’s cheap underwear and hang it out to dry in the balcony like some kind of a national flag, with wifely pride.”

Despite the reservations she had about her husband, she describes the joy she felt on having her children, of playing with them, and being a doting mother. She also writes frankly of looking for love outside her marriage, of the attraction she felt towards certain men. “I was ready for love. Ripe for a sexual banquet.”

My Story also touches upon homosexuality, whether it is describing the attraction that young girls felt for each other at the boarding school, or the anecdote about her husband and his interactions with his close friend.

As a poet, Kamala Das is especially powerful when she writes about emotions – the ecstasy of finding love, as well as the depths of depression and the suicidal thoughts she had as a housewife trying to reconcile herself to her fate. “I kept myself busy with dreary housework while my spirit protested and cried, ‘Get out of this trap, escape…’”

Poetry in My Story

For Kamala Das, her poems have always served as a tool to reveal the desires, yearnings, joys and sorrows of women and My Story is also interspersed with a few powerful verses:

I am more lovable

My speech becomes a mist-laden terrain,

The words emerge tinctured with sleep,

They rise from still coves of dreams

And my ragdoll-limbs adjust better

To his versatile lust. He would if he could

Sweet lullabies to thicken its swoon.

Or this verse which talks of past lust:

“There was a time when our lusts were

The toys dead children leave behind

And we asked each other, what is

The use, what is the bloody use?

That was the only kind of love,

This hacking at each other’s parts

At noon. We were earth under hot

Sun. There was a burning in our

Veins and the cool mountain nights did

Nothing to lessen heat. When he

And I were one, we were neither

Male nor female. There were no more

In the ageing arms of night. In

Darkness we grew, as in silence

We sang, each note rising out of

Sea, out of wind, out of earth and

Skeletons in the closet

Autobiographies can be annoyingly self-glorifying and hide uncomfortable truths, or they can reveal insights about dysfunctional relationships and flaws in the character of people. My Story falls in the latter category, so it’s no wonder that it aroused intense reactions among her readers and family members. “They took their grievances to my parents who were embarrassed but totally helpless for it had become clear to them that I had become a truth-addict and that I loved my writing more than I loved them or my sons,” she writes.

Written in a simple, lyrical manner, the book is an easy read and keeps you hooked till the very last line. The topics remain as relevant today as they were decades ago, perhaps because as a society we still remain cagey about women’s sexuality and their right to make their own choices.

Poets, even the most insignificant of them, are different from other people. They cannot close their shops like shopmen and return home. Their shop is their mind and as long as they carry it with them, they feel the pressures and the torments. A poet’s raw material is not stone or clay; it is her personality.

Recommended for: Anyone above the age group of 15 years. If you have read/studied Kamala Das’ poems or love reading autobiographies, then this book is a must-read.

Final verdict: While we may never know how much of it is fictional and how much is true to life, My Story is a compelling and engrossing read, and offers a refreshing perspective on women’s sexuality. Buy the book, it will be a great addition to your collection.

Suggested reading/watching: Much like Kamala Das’ My Story, the poet and novelist Amrita Pritam’s biography, The Revenue Stamp, was also controversial. In the book, Amrita Pritam writes candidly about her relationship with her father, her failed marriage, memories of Partition, and her experiences as a writer. 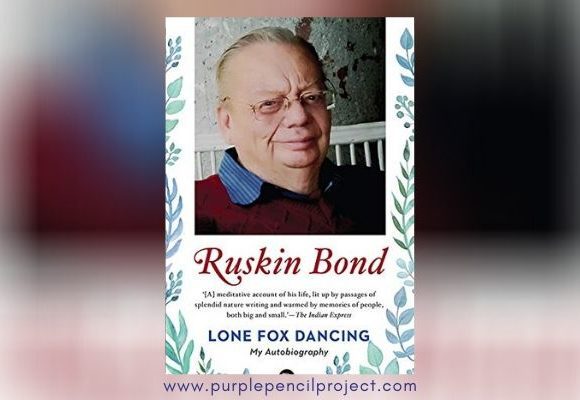