Life in a Gujarati village, th..

Go beyond the clichéd north In.. 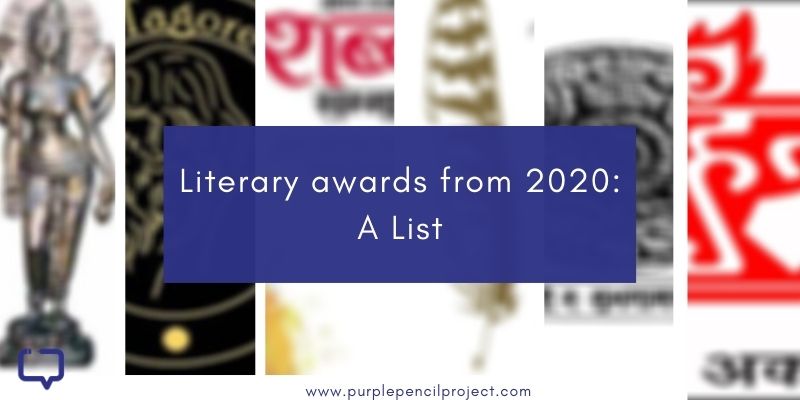 The Indian literary canon has a plethora of titles from across regions, cultures and languages and since we are always on a hunt of books from different states, literary awards like the following make it slightly easier for us to tap on regional literature.

“The winner of Rabindranath Tagore Literary Prize 2020 is The City and the Sea by Raj Kamal Jha, a novel based on the atrocious (Nirbhaya) case of sexual assault and murder, that brought India together in a moral frenzy.

The Bangla Academy Literary Award is annually awarded to individuals for their contributions to the Bangla literature in various categories :

Richie John Pais wins the Best Konkani Book Award. In January 2020, Richie was chosen for the prestigious TMA Pai Award for ‘Fathor’. He has been active especially in the sphere of Konkani literature and theatre over the past many years.

Eminent Sindhi writer Vasdev Mohi will be conferred with 29th Saraswati Samman. He has been selected for this prestigious literary award for his short stories collection- Chequebook. This short stories  collection talks about the agonies and sufferings of marginalized sections of the society.

Presented to Col. Raaz Manawari.  Raaz Manawari is the pen name of Col. Subhash Bali (Rtd), who published his first book “HAAMB” containing Dogri ghazals and Rubais, after his retirement.

Kesra Ram of Haryana’s Sirsa has won the 2020 Dhahan Prize for Punjabi literature for his anthology of short stories, ‘Zanani Paud’ (Female flower). The Dhahan Prize is an annual prize awarded by Canada-India education society for excellence in Punjabi fiction. The prize is given to three books of fiction, written in either Gurmukhi or Shahmukhi script of Punjabi.

Marathi poet-novelist Bhalchandra Nemade and noted Hindi author-editor Gyanranjan would be awarded Akashdeep, the highest literary award for their lifetime contribution. The highest Shabd Samman, Akashdeep, is given simultaneously to one Hindi and one non-Hindi Indian language litterateur.

Arvind Mehrotra, whose literary works include seven collections of poetry, four edited volumes on Indian literature, three translations of Prakrit and Kabir’s poetry, was selected as the winner.

Yeshe Dorjee Thongchi was awarded for his enormous contribution to the field of literature and education to Assamese literature.