At the tipping point: Megha Ma..

Voices in the Valley by Suravi.. 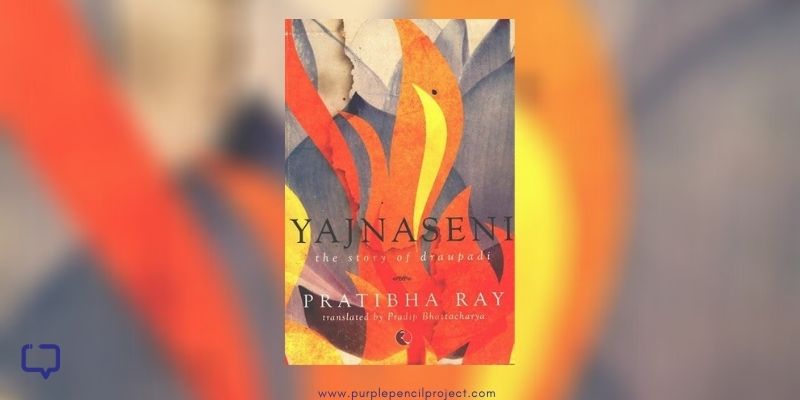 Translated from Odia by Pradip Bhattacharya

Like many Indian households I grew up on a staple diet of mythological stories from Ramayana and Mahabharata. With the stories narrated and watched on screen- Draupadi, Yajnaseni , Panchali or Krishnaa – no matter what you called her, Draupadi’s story right from her birth to swayamvara to a woman scorned and her role in the war of Kurukshetra remains imprinted.

Yajnaseni – The Story of Draupadi by Pratibha Ray translated from Odia by Pradip Bhattacharya humanizes Draupadi. While several retellings,  like The Palace of Illusions have Draupadi as a strong woman, here we have her dilemmas and journeys detailed out with a focus on her relationship with her sakha Krishna. In this retelling, as a woman in a patriarchal world, we see her abiding to the many restrictions that the society imposes on her.

Starting off as a letter to Krishna, Draupadi looks back at her life on the verge of her death.  Her birth marked by a prophecy, she who was born from the holy sacrificial fire – yajna and hence named Yajnaseni was to avenge for her father Drupad’s insult by Drona.  “From the sacred flames of the sacrificial fire a radiant son, my brother Dhrishtadyumna, was born and from the sacrificial altar I was born, like a blue lotus-coloured gem- Yajnaseni!” . At her birth, there appeared a prophecy that she was born to preserve Dharma on earth.

A Life in Roles and Relationships

Draupadi plays many roles – a daughter, daughter-in-law, and a wife of five husbands yet craving for Phalguni’s (Arjun) love and presence. While she is charmed by Krishna and his aura, Draupadi unconditionally loves Arjun, an ill-fated love marred by many troubles.

Her polyandry is scoffed at by other men, Draupadi is ridiculed at many stages even with the awareness of how she came to have five husbands. With Krishna she forms a friendship, him acting as her guide, philosopher and the one she turns to at troubled times. There is a mystery surrounding Krishna and she is fascinated by him possibly seeing him as a potential partner but Krishna redirects her affections to Arjun. She seems to be fascinated by Karna at times but loathes him under other circumstances. At certain junctures she regrets rejecting him owing to his uncertain paternity but his constant insults irks her.

Draupdi’s life is full of constant struggles living in the forest, her cheerharan, trying to keep her mother-in-law Kunti happy and the many personal losses she faces in the war. The Battle of Kurukshetra brings about much sorrow to both ends fighting the war but ultimately the upholding of Dharma.

In Yajnaseni, we walk through this dance of her relationships – with her friends, her lovers, and with society – and how the three play and interact with each other.

Draupadi craves for love and attention from Arjuna but is disappointed each time. Kunti’s actions have lasting impact on Draupadi’s future- her marriage and  relation with Karna on focus which made her appear weaker.  The women bound by society’s rules and restrictions are rendered powerless. We learn of Draupadi’s thoughts throughout and for the most part she craves for the companionship of Arjun. At each stage Draupadi sacrifices her happiness for her familial roles and towards the end I felt she regretted the time and people she lost along the way.

The author mentions that she took certain liberties though the story is majorly based on Ved Vyas’s Mahabharat. She has also depended on Oriya Mahabharat of Sarala Das.  Unlike the Draupadi I  perceived, the author has painted a picture of “a woman living a predicament-ridden life”. This aspect unfortunately failed to work for me, as did the melodramatic element of the retelling that can get exhausting at times.  The translation was crisp, and it did read seamlessly. However, I would have enjoyed a more condensed work in terms of story.

“Full of anguish and anger I was thinking: was woman merely man’s movable or immovable property? Being a woman did I not have the right even over myself, my own soul? If they had rights over this body of mine, did it mean they could do as they wished with me?”

Final Verdict: 3/5, readers who like mythological fiction would enjoy this! 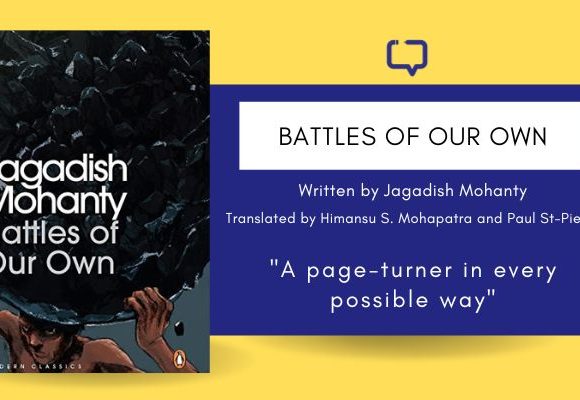