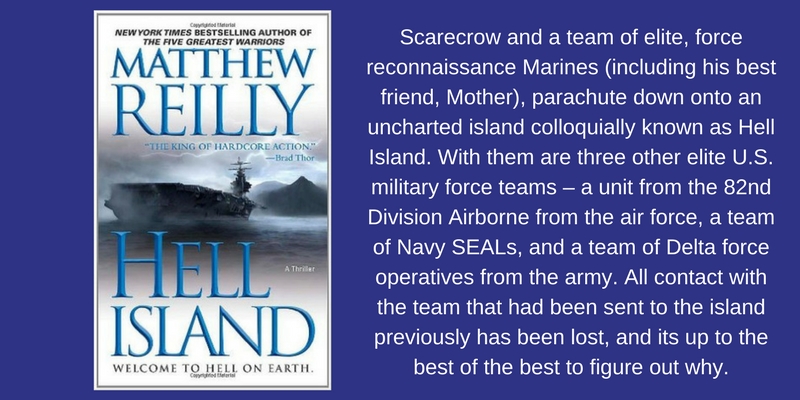 Hell Island is a novella that fits in between Scarecrow and Scarecrow and the Army of Thieves (alternatively title, Scarecrow Returns) in Matthew Reilly’s Scarecrow series, filling in the reader on the details of Shane Schofield’s first mission after the events in Scarecrow.

At 115 pages, the novella is small, but like most of Reilly’s works, it packs a punch. The plot?

Scarecrow and a team of elite, force reconnaissance Marines (including his best friend, Mother), parachute down onto an uncharted island colloquially known as Hell Island. With them are three other elite U.S. military force teams – a unit from the 82nd Division Airborne from the air force, a team of Navy SEALs, and a team of Delta force operatives from the army. All contact with the team that had been sent to the island previously has been lost, and its up to the best of the best to figure out why.

Of course, being a Reilly novel, nothing is that straightforward. As soon as they drop down, all hell breaks loose. Reilly plays to his strengths in this one – it’s an out and out adventure, something he’s always been good at writing. The book also serves as a segue into Scarecrow and the Army of Thieves, introducing a couple of team members who make repeat appearances in the full-length sequel to Scarecrow.

However, Hell Island has a simple, glaring problem – it’s size. Not only is a 115 page novella, the font is quite frankly rather large as compared to that in his other books. These two elements combined means that the story is at best limited, which results in necessary compromises. Hell Island introduces characters that would be better with development, and a story that would be better served if it had been given space to develop – this isn’t a full-length novel waiting to be born by any chance, but by making it as short a novella as he does, Reilly does his story a disservice. Another 100 pages or so would have been ideal.

Then there’s the issue with the largest plot point of the novel – the reason that there’s no contact with the missing team. As the novella stands, it seems far too out there, even for a Reilly novel. A bit more development, and it would have seemed far more logical, but again, the length at which Reilly constricts fails the story.

Recommended Age Group: for the whole series would be 18 years.

Because of this, The Final Verdict is: ??1/2 – it’s a fun read, and a quick one, but get this off a friend, a library, or for cheap on Kindle. It’s not worth the cost of buying the actual paperback.

If you still wish, you can buy the book here.

Final note: DO NOT READ this unless you have read book 1-3 of the Scarecrow series (Ice Station, Area 7, and Scarecrow). Unlike most of Reilly’s works, a reader will not understand a good portion of this novella without the background information that books 1 through 3 provide.

Rishika Aggarwal is 23-year old perpetual student, writing poetry in between work and literary theory. You can find her reading, arguing about books with Sakhi, on tumblr, or on Gumroad, selling her all together amazing works. An edited version of this review first appeared on the reviewer’s Goodreads page. 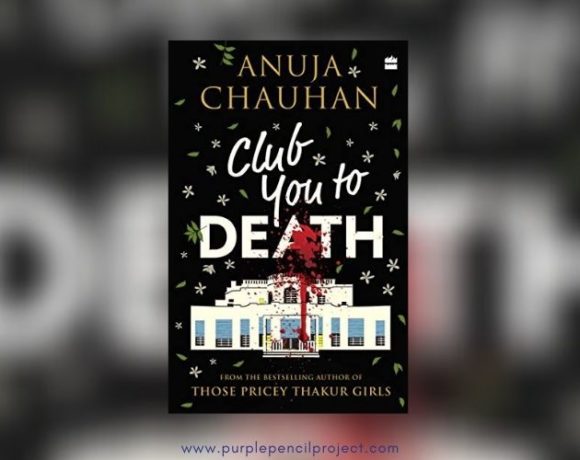