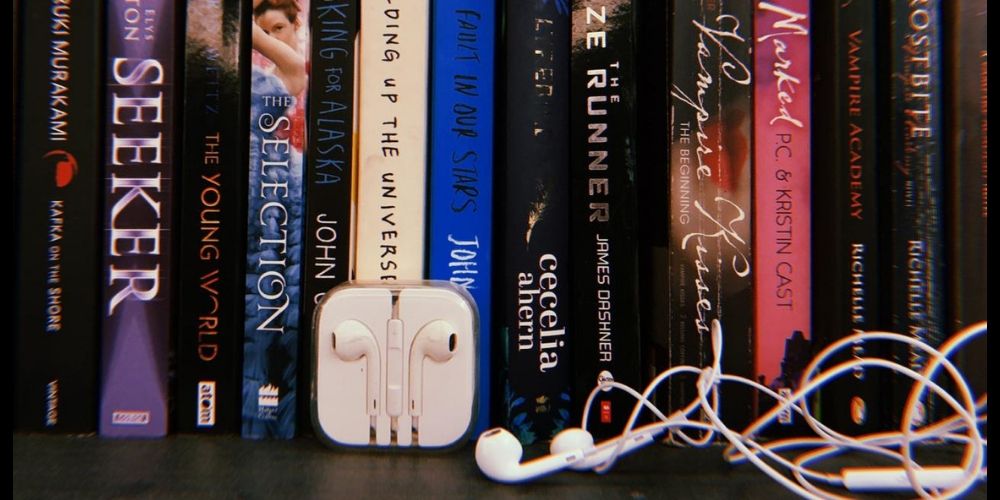 The last year has seen momentous growth in the literary sector – there was a new Literary Prize, record adaptations with companies like The Story Ink entering the foray. However, the highlight of the year was the boost that the audiobooks in India saw.

Audiobooks are not exactly podcasts, although the widespread acceptance of the latter has certainly helped the former. Says Yogesh Dashrath, Country Manager at Storytel India, “With podcasts coming in, audiences have started to warm up towards the idea of audio content. There is a slow shift towards listening which has been triggered by podcasts. The more the listening happens, any industry which has to do with audio will benefit and likewise, the audiobook market has also benefitted.”

What makes audiobooks different from podcasts though is the fact that they require monthly subscriptions. Global audiobook companies like Audible, Google and Storytel have introduced subscription packs tailored to the Indian audiences over the last year.

What encouraged them to venture into the Indian market? The booming economy and a fact that 65% of India’s population is under 35 years of age – people with ample access to smartphones and affordable internet services. The success of global streaming giant Netflix’s stint with the Indian market has also encouraged this move.

One of the key players in this industry is Storytel, a Swedish company that launched its audiobook streaming services in India in 2017. It offers unlimited audiobooks at Rs 299 per month including an exclusive Kids Mode for younger readers. Storytel has managed to infuse Indian culture into its content with not only English but also stories in Hindi, Bengali, Marathi, and Urdu.

The audiobook company has also been greatly relying on a relationship marketing model for which they are closely working with influencers to spread awareness and knowledge about the industry and is now planning a foray into traditional methods of print advertising.

In late 2018, Amazon launched Audible its audiobooks store in India with its library of more than 2,00,000 spoken word titles available across the country at reasonable prices starting at Rs 199 per month after a 30-day free trial.

Audible India includes over 500 Indian titles and many more lined up for release. The company attributes its entry into the Indian market to the country’s rich tradition of storytelling and growing breed of Indian who want to multi-task and expose themselves to new means of entertainment. Audible believes they can foster and contribute to this creative economy.

The company also has extensive tie-ups with not only many global publishing houses like Westland, Rupa, Hachette, and HarperCollins but also quite a few homegrown ones.

Audible also has big plans for Indian literature and the next few months will see them roll out stories steeped in local languages and culture.

As for the fastest-selling genre of audiobooks, Mr. Sawlani, Country General Manager at Audible correlates it to the multi-tasking preferences of the Indian audiences citing it as the reason behind self-development books being favorites. But largely, the strength of a story, the method of storytelling employed all play an important role in determining the interest of the readers.

Like with all new ventures, the road to building a new category will be challenging. But Mr. Sawlani prefers to phrase it differently, he says, “I wouldn’t call it a challenge, I would say it’s a part of the process and a matter of time.”

Audible has adopted this point of view for their marketing process as well – choosing to primarily inculcate an organic subscriber base to encourage word of mouth promotions. They’ve introduced a trial period subscription (one month for Audible members and three months for Amazon Prime members) and hope to recreate the data from American surveys where audiobooks now occupy a two-digit percentage of the total publishing market. They are also engaging with the Indian talent making their presence felt on social media platforms as well.

StoryWalker is an audiobooks application that caters solely to younger readers in a variety of Indian languages and was launched by an Indian couple. The company has made its way into the Times of India with its range of 30 in-house characters and stories targetted at two specific age groups, children under three and children between three and seven years of age.

To keep up with this new boom in the audiobook category many homegrown audiobook services have also entered the market. Cinnamon Teal Designs and Publishing is one of the only publishing houses that develops and distributes audiobooks for authors. They also allow for authors to pick between male and female narrators as well as the option of an Indian accent.

That raises the question, how secure is the narration industry for audiobooks in India? One of Audible’s narrators, Siddhant Pinto, answered some of our burning questions. He has recorded for a number of popular titles including those by Chetan Bhagat. He opines that the audiobook boom has certainly created demand for narrators and cultivated a sense of freedom in terms of flexibility and creativity that radio never enabled and there are of course people who pursue narration as a full-time career although he is not one of them.

As for the skills and time commitment that goes into becoming an audiobook narrator, a seasoned narrator like Pinto (with around 50 books under his profile) believes that a narrator must not overexert themselves. “Two hours is the magic figure for efficient reading,” says Pinto, who narrates two-three books on an average each month.

Given that establishing a new category takes time and effort we are sure that there are going to be plenty of strides taken and plenty of new engaging content created in the coming years. We at Purple Pencil Project are absolutely looking forward to the developments that happen in this category in the next couple of months. And we can’t wait to make the most of this new medium of entertainment.