The God of Small Things by Aru..

Charlie and the Chocolate Factory by Roald Dahl

Charlie and the Chocolate Factory by Roald Dahl 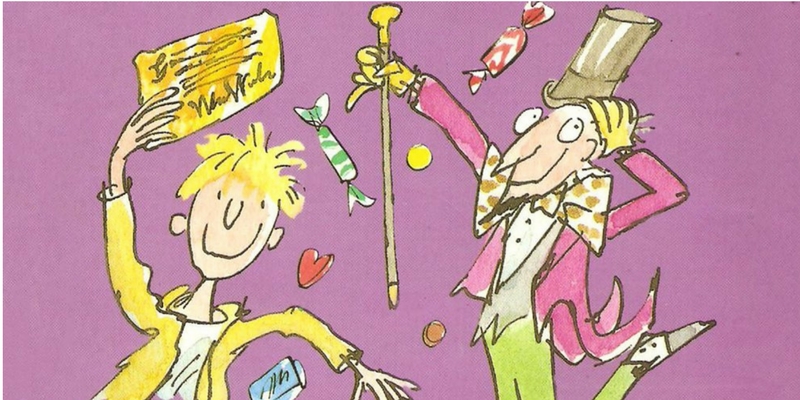 Imagine rich, creamy dark chocolate, with bits of walnut and a hint of mint, layered with caramel, whipped till ultra-smooth consistency is achieved and moulded to the quirkiest of shapes. Each piece made to look even more delectable with a dash of exotic colour and a pinch of glitter. The moment you place it on your tongue it melts slowly, and the taste of each bit comes as a short burst. Such was the experience of reading Charlie and the Chocolate factory, even as an adult.

Roald Dahl weaves magic through his words. Just a few pages into the book and you are automatically transported into another world, a strange one dripping with ubiquitous imagination. The imagery is so vivid that the scenes seem to come to life, the character are so well sketched that you can identify them simply from their dialogues. In fact, you get to learn a lot more about the characters from the dialogues than anything else. Whether it is sweet Charlie, the enthusiastic Grandpa Joe, or the eccentric, authoritative Mr. Wonka, you can’t help but love them. And then there are rhymes (or songs) of the Oompa Loompas that are cleverly inserted in the prose, which tells quite a bit of the story with a rhythm that makes you admire the writer’s wits.

The book does justice to its genre—it is engaging, has a heart-warming story line with quite a bit of lessons for young children and is easy to follow with a happily ever after ending.

The book also had some other miniscule elements that interested me as an adult. Mr. Dahl paints a picture of a society that is quick to show its disapproval if the protocols weren’t followed. Amidst the normal conversations, the grandmoms show contempt to those doting mothers who are proud of their kids no matter how they turn out and even encourage their habits. It is evident that the town where the story is set in a small town. Any event would stir an excitement in the town and attract the media’s attention. The exploration of golden ticket is one such act, which alters the daily topic of discussion for the Bucket family, and extracts unusual reactions from the people of the town. Media is portrayed to be quick and nosy, finding the winners in their natural habitats and extracting information from everywhere and anywhere. The theme of capitalism is also just touched upon—the hunt for golden ticket is perceived to be a marketing gimmick by Mr. Wonka to increase his sales and strong competition posed is tried to be nullified by cheap imitation done through unfair means.

What struck me as extraordinary was Mr. Dahl’s skillful combination of story-telling and story showing. Where it is widely publicised in the writing world that a story must be showed not told, Mr. Dahl begins his book quite a bit of telling, and I felt it actually added a lot to the story, rather than taking away its beauty. Children fiction mostly has a good lot of telling, but here is done in moderation, with no extra bits, especially at the point where the showing might have made the story dark and bleak. We get a good idea of Charlie’s destitute situation, without being overwhelmed by it at any point. Another rule that Mr. Dahl artfully breaks is the where he uses a lot of adjectives to demonstrate the magnanimity of the situation, and it doesn’t seem absurd. Instead you get to understand how shocking or strange or disappointing it was, and each word helps you maintain the feel of the situation.

As an aspiring author, there was much to learn from this book. My only regret is that I couldn’t read it as a child. But hey, on the positive there are so many of Roald Dahl’s creations to look forward to!

But there was one other thing that the grown-ups also knew, and it was this: that however small the chance might be of striking lucky, the chance is there. The chance had to be there.

Recommended Age Group: None. Read it at 2, at 20, at 200. See what unadulterated happiness feels like. (Hint: It’s a mix of warmth, magical, fuzzy and chocolatey)

Final Verdict: ????? – Buy a hardback and show it off in your bookshelf! And then wait for a signed anniversary edition and buy that too.

A version of the review first appeared on the author’s Goodreads page. 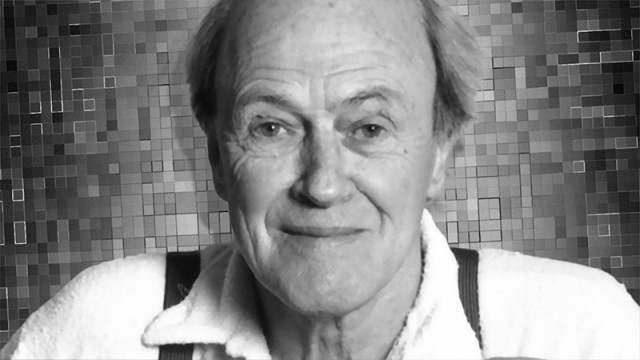 Roald Dahl is one of the most renowned authors of children's fiction. His works have delighted readers of all ages and adapted for screen and theatre many a time. Before he turned a writer, Dahl served the Royal Air Force during the Second World War as a fighter pilot.

Other Works:
James and the Giant Peach
Matilda
The Witches
Fantastic Mr Fox
George's Marvellous Medicine
Tales of the Unexpected