How to organize your book shel..

Books about India for children..

Revisiting 1984 with Two and a Half Rivers by Anirudh Kala 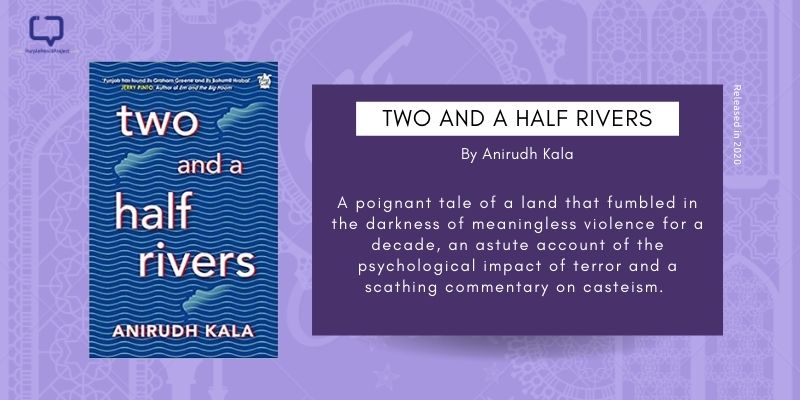 When the slain Prime Minister Indira Gandhi’s son remarked ‘when a big tree falls, the earth shakes’ in wake of the 1984 anti-Sikh riots, little did the people of Punjab know that the earth would give way to a wide chasm that would swallow thousands of them.

Anirudh Kala’s Two and a Half Rivers is a searing account of Punjab insurgency years, of mindless violence and religious terrorism that ravaged the state, of Operation Blue Star and a fierce counter-terrorism offensive the police unleashed post Indira Gandhi’s assasination.

What is Two and a Half Rivers About?

A doctor suffering from clinical depression leaves behind his failed marriage and city life and settles down in a simple dwelling in a secluded village on the banks of river Satluj. Treating his patients with a certain aloofness, he interacts only with his psychiatrist Dr. Mustafa and his milkman, Jeet.

He treats Shamsie, a Dalit girl, for epileptic fits and over time gets to know her better. Shamsie aspires to become a dancer and lead a decent life with her boyfriend Bheem. The couple work hard to rise above their low-caste existence, almost realize their dream in Bombay but are forced to return to their violence ridden homeland when they are labeled as ‘outsiders’ by the “Maratha Army”.

Meanwhile the ‘Punjab Problem’ grows terrifying with dead bodies turning up in the river and at road crossings, railway stations bombed and trains derailed. Religious extremism and demand for a separate state for Sikhs snowballs into a maniacal pogrom. Violence begets more violence. The common man’s existence faces a double threat  – one from the police that arrest and detain people at will and torture them to empty confessions and two – from the terrorists who the author refers to as “Boys” who engage in moral policing, kill and vanish in the name of religion.

Shamsie, Bheem and the doctor, like many others, find themselves caught in a web of violence spawned by a toxic mix of religion and politics. Will they come out of it unscathed?

How does the book serve as an eye opener?

The writing, marked by candour and wry humour, busts a few myths.

For a nation obsessed with names, the author points out how the term “Punjab” is a misnomer. The ‘land of five rivers’ (“punj” meaning five and “aab” meaning water) which shrunk once post-partition and for a second time when divided on linguistic basis could now boast of only two and a half rivers running through it – the Satluj, its tributary Beas and the Ravi that divided it from its neighboring hilly states, of which it could claim one bank or half a river.

The author lays bare how religious conversion doesn’t alleviate the plight of Dalits. In the land where Baba Nanak preached that all are born equal (‘Aik noor ton sab jag upjiya, qudrat de sab bande’), caste remained an indelible part of one’s identity and the oneness preached by religion was only a figment of imagination. A chamar Hindu became a chamar Sikh after conversion but the gates of a Jat gurudwara still stayed shut to him.

Two and a half Rivers: An Analysis

The present is actually ‘past in perpetuity’, both at individual and collective level and the author using his characters and the setting – state of Punjab conveys this with earnest efforts.

When the ‘Punjab problem’ is dissected as a fallout of the political ploy between a turbaned ‘Dandy’, ‘Durga’ and a fiery ‘Priest’ with long beard and automatic weapons, the names (or dates) are not explicitly mentioned. This ‘no spoon feeding’ approach by the author not only coaxes the readers to research but also shifts the spotlight on watershed events in contemporary Indian political history that transformed a common man’s psyche for years.

The author provides ample instances on how rigid and unyielding casteism is in our society, especially in the hinterland. An example that highlights this is how the ‘Vehra’, a ghetto consisting of all lower caste dwellings in the village, stood to its west so that the rays of the rising sun reached the Jat homes directly, without being polluted by the Dalits. The Vehra mothers brought up their girls with a constant warning that raping a girl from their caste was hailed as a coming of age ritual for Jat boys.

‘We have no thermometer to calibrate the degree of psychosis’. The author, also a psychiatrist, leaves no stone unturned to explain how complex mental health issues are, thereby often eluding our understanding.

That Shamsie, the book’s female protagonist, is vested with great power is noteworthy. She loses her parents by mid-teens but is deadpan about it; she is ambitious, independent and highly pragmatic.

Poems by Lal Singh Dil add depth to the narrative that’s mostly streamlined and alternates between what happens to its three principal characters – the doctor one on one hand, Shamsie and Bheem on the other.

The only grouse that the book could have been shorter by a few pages is partly tackled by a hard-hitting denouement.

‘And that, Doctor Sahib, is the difference. You have the privilege to hate identities and say it too, and that privilege comes with your caste. If I said I hate identities, I would be told, of course you do, you are a Chamar. Therefore, I cannot even say that. Not in this birth. I hope that I am born a Jat or a Brahmin next time just for the sake of this one privilege. The privilege of being able to say I hate identities. Right now, I have to hug my identity close to my chest and tell others like me to do the same.’ (from the epilogue)

Thoughts on the Book Cover

The cover designed by Misha Oberoi substantiates the story well with the three faces on it representing Bheem, Shamsie and the doctor, caught in a spate of militancy and police crackdown that inundated Punjab during the ‘dark decade’.

Two and a Half Rivers by Anirudh Kala is a powerful work of fiction with facts at its core. It is a poignant tale of a land that fumbled in the darkness of meaningless violence for a decade, an astute account of the psychological impact of terror and a scathing commentary on casteism.

Panjab: Journey through Fault Lines by Amandeep Sandhu – an extensive history of the state of Punjab.

Stillborn Season by Radhika Oberoi – interlinked stories on the 1984 anti-Sikh riots and its aftermath, set in Delhi. 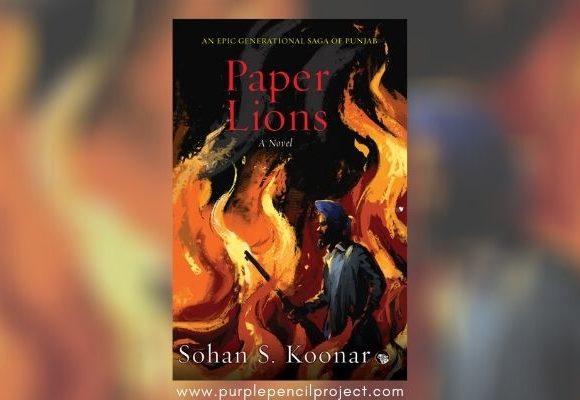