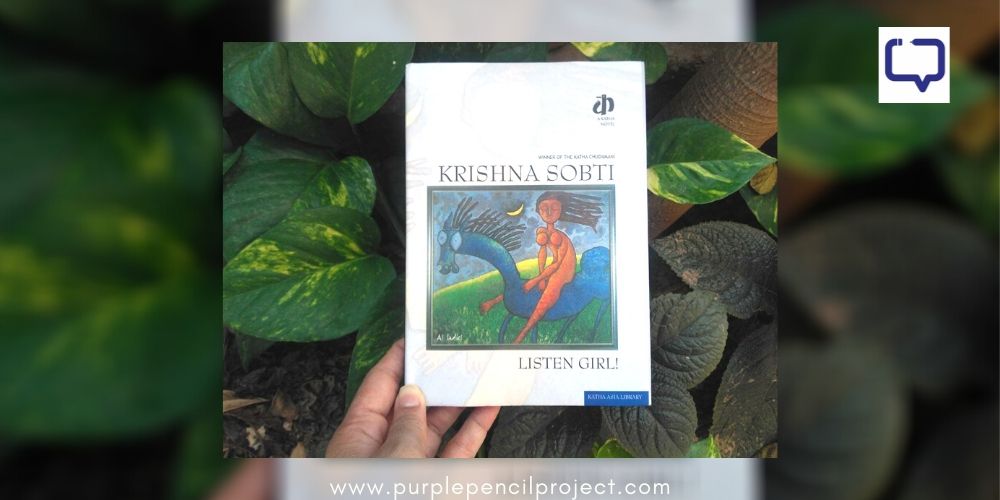 Listen Girl, originally, Ai Ladki, written by Krishna Sobti and translated from Hindi by Shivanath is a conversation between a daughter and her bedridden mother in her last days.

In the long period of Sobti’s mother’s illness, she referred to Sobti as ‘Ai Ladki’ (hey, girl or listen girl ) as if creating a distance with the living before dying.

Sobti, to divert her mind post her mother’s death, wrote Ai Ladki (translated to Listen Girl ; a conversation between two diametrically opposite women from two different generations, one entrenched in her home affairs and another a completely independent individual outside the family fold. It was first published in 1991.

Listen Girl opens with Ammi rebuking her daughter for keeping the room dark only to learn later that every single light is on.

Medicines have shrivelled Ammi’s body and fossilised her head. Lying on the bed has left her with sores that ooze pus and pain akin to lying on a bed of arrows.

Ammi feels she is an experimental object overstaying her visit on Earth, especially to Susan, the home nurse ticking items off a patient duty chart and the doctor who drills with injections and needles,

The sleeping pills bring shadows from the netherworld, mingled with memories from her past. Time and again, she recounts her life journey: from the time she saw her mother nurse her younger sister to the time she got married and delivered her own.

When not sleeping, Ammi is either in conversation with her daughter who tends to her with care, or eating and drinking what she desires.

Ammi’s worry that her daughter is unmarried, has no family of her own unlike her siblings fuels her ruminations and most of her conversations.

She is fiercely critical of her daughter’ existence, equating her with a vegetable, a lonely shard of straw. She repeatedly stresses the need for her to have a family and a baby. “The body dies , not the soul. Water dries, but not blood. It flows in one’s children , and in their children” she says, or, “Ladki, a pitcher full of water is better than a vast desert”

It’s the mark of a parent to be able to hold two contrasting opinions with equal ease, and in typical fashion, Ammi also admires her daughter’s unrestrained existence outside the timeworn tale of husband, children and family. She is quite content that her daughter has the time to do something worthwhile which she, enmeshed in family responsibilities, never could.

The Ammi we meet in Listen Girl is a tempestuous and fiesty woman who ran her home with clockwork precision for years but now, bedridden, entirely dependent on others. This tough transition pushes her to be  moody, frustrated, and even cynical. This range of emotions is captured deftly by Sobti’s brilliant writing and a reliable translation by her husband.

The lively bits when Ammi talks of nature, the beauty of dawn and her morning addiction to tea, her witty remarks and astute observations uplift the reading experience.

For instance, when she correctly estimates the ingredients her daughter added to a glass of milk from inside her room, she triumphantly declares “I’m in vanaprastha, the last stage of a man’s life. Ears watch and eyes listen”.

Her quips like “Managing a household teaches one the virtue of measure” or “Hands acquire habits only when one has a family. That exquisite balance comes by itself” elicit an approving nod.

Her wry humor is at its best when she tells her doctor – “Leave me with something so that I am able to pay my toll tax , don’t want to be stranded at the checkpost itself“or her goodbye “Earn well, stretch out the lives of your patients“.

With her daughter, Ammi is extremely temperamental and sarcastic, especially about her single status, but they share a beautiful bond; complete with sharing cigarettes, lemonade, and heart melting moments.

The delirious pitch in conversation gets sharper as she nears her end, the writing powerful enough to make the reader feverish.

For more than half of Listen Girl, Ammi heavily incriminates her daughter for staying single before she mellows down to requesting her to find someone she desires and further adding that she needn’t restrain herself to home and hearth and just making a pile of chapatis.

This paradox in conversation can get to the reader’s nerve. Her constant bickering about how she herself achieved nothing because of her own children, annoys one even more.

Ammi claims hers was a marriage between equals and she was happy to have moved into a home which saw no discrimination between boys and girls, unlike her parental home. Despite this, her words- “A true woman must be able to subdue her man’s mother” sound vitriolic.

While she waits for her son to visit her, she claims that sons always love their mothers but pretend they don’t just to appease their wives, a cliched accusation.

A conversation in which talking and listening occur in equal measure is a healthy one. In Listen Girl, the daughter’s responses range from silence to monosyllabic answers to one liners. Ammi’s character, knowing her end is near, could have been a more generous listener.

Listen Girl is published by Katha India, the cover has been designed by Katha editor Geeta Dharmarajan and painted by Prokash Karmakar. It portrays a woman riding a horse, descriptive of  the author’s introduction where she shares that during the entire course of illness her mother talked of horses.

It also connects well with Ammi’s memory of her first train journey from Kalka to Shimla where she resolves not to feel queasy, and her own expertise with horses (there a is wonderful scene where her father-in-law is proud of her confidence with horse riding too).

Listen Girl allows us to sample Krishna Sobti’s fiery feminism and unabashed writing. It also presents many hues of a mother-daughter relationship in bold and crisp strokes, just that some shades are jarring and overpower the delicate ones.

Suggested Reading: From novellas to tomes, some of Krishan Sobti’s other fabulous works –

We encourage you to support bookstores around you. If you cannot, do purchase the book using this link, and support us! 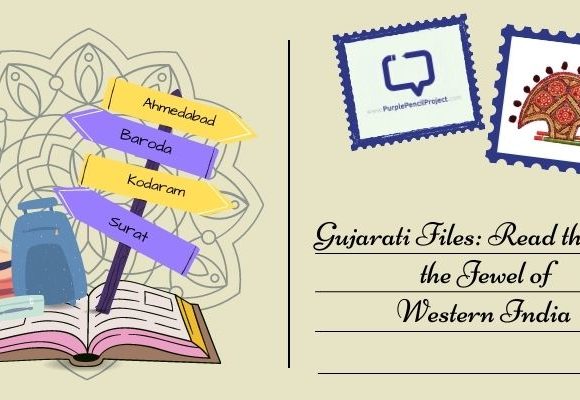 Gujarati Files: Read through the Jewel of Western India 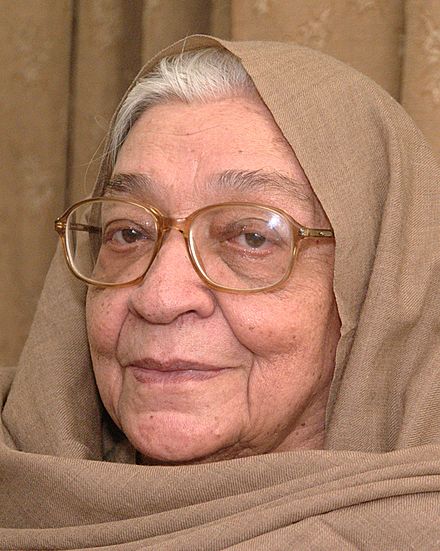 Krishna Sobti, the grand dame of Hindi Literature, won the Sahitya Akademi Award in 1980 for her novel Zindaginama and in 1996, was awarded the Sahitya Akademi Fellowship, the highest award of the Akademi. In 2017, she received the Jnanpith Award for her contribution to Indian literature.