A Night with a Black Spider by..

Kolkata: A Literary Lens with .. 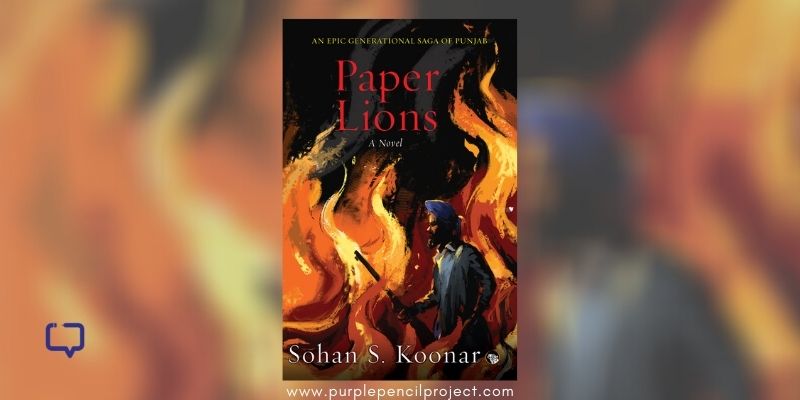 Paper Lions, Sohan S. Koonar’s debut novel, spans across three different ages and shows a beautiful, inter-generational history of independence and partition. It looks at a set of characters, their growth and development, against the backdrop of a finely detailed story of Punjab, at the cusp of being divided.

Paper Lions’ 400 pages are divided into five individual parts that cover almost four decades before and after the Partition through the story of two generations of families. The central characters are Bikram, Ajit and Basanti, and it is primarily from their point of view that the readers is sees.

Bikram is the son of a school teacher coming from a humble background, who had to get a job urgently to support the family financially. He joins the army and later, after amassing some amount of wealth by unlawfully selling army property, he goes on to become a businessman and later politician.

Ajit is shown to be a powerful and respectful landlord, harbouring dreams of making his son like him. His dreams shatter when Satwant, very sensitive and kind towards others, decides to join the army and help people who were then writhing under the shackles of Partition. The family then has to undergo a series of tragedies, with the death of Satwant, his wife Amrita, and later their daughter Pinky.

Basanti, of the nomadic community of Bajigars, shows how gruesome Partition can be for a woman. She gets raped and can’t even reveal this to her family, fearing ostracisation. She is unhappy in her brief married life. It is motherhood which gives her some solace, but when her own child dies, she becomes the mother for Satwant and Amrita’s children. It won’t be an exaggeration to say that is motherhood that gives her the strength to deal with the curveballs that life eventually throws at her. Eventually, it is Basanti who is seen as a surviving figure towards the end of the novel, having lost much of what she would have called family.

Koonar describes the aftermath of the Partition with gruesome detail in Paper Lions. Everyone, irrespective of caste, class or creed fell prey to it. The Partition can be seen as a separate and gigantic character in Paper Lions, bent on destroying everything that comes its way, like a wild beast.

In Bikram’s story, the reader understands the value of money and the role it plays in creating a divisive society. If your pocket is full, it can do you the least damage, and often lead you to perpetrate the injustice and violence that follows.

For many, partition is nothing but a personal loss like for Ajit, who loses his son in combat.

Basanti stands for those doubly marginalized in a patriarchial and divisive society.

Paper Lions beautifully portrays the inter-personal relations that the characters share. A lot of thought, observation, and detailing has gone into etching them out.

We read how Bikram’s relationship with his family changes overtime. Earlier, when they lived on a modest income, he was respectful to everyone – his parents, Jagtar and her family. However, as money started to flow in and as he grew more corrupt, a sense of cold detachment creeped into those familial ties, including marriage.

In Ajit’s family, the relationships seem to be more constant. The knowledge of the existence of Ajit’s illegitimate child – Nasib – does shake the family’s core, but they are more or less able to welcome him with open arms. The family is together in everything – be it celebrating the birth of Pinky or mourning the loss of Satwant and Amrita. Corruption seems to be miles away from the family.

In the community of Bajigars, we see these bonds of committed attachment in their truest form; the community, like a family, shares every bit of happiness or sorrow, and participates in the political realities of domestic life. For instance, Naura claims to be totally isolated and powerless in the community after having lost her husband. Basanti’s mother-in-law complains that her husband doesn’t give her enough attention and importance.

While the narrative style of Paper Lions is commendable, with its imagery and its ability to make the reader dread what is to come next, the pace of the narration seems to slack at some places. At times, the reader may feel as if it is a bland historical narration rather than a multi-layered novel. Overall, it will sit well with the readers.

“A wife had to endure her husband’s abuse. That was just how things were.” 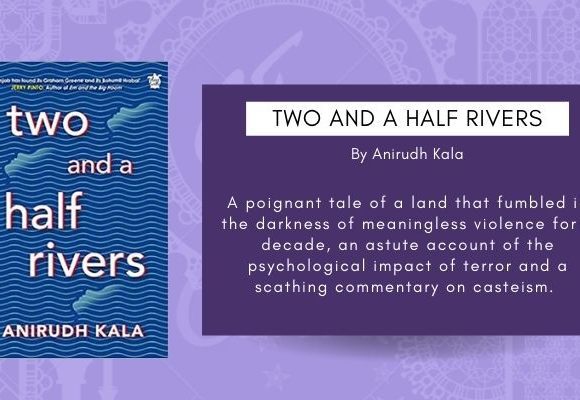 Revisiting 1984 with Two and a Half Rivers by Anirudh Kala