On the art of storytelling: Dastango Syed Sahil Ag...

Your writing is always within ..

On the art of storytelling: Dastango Syed Sahil Agha 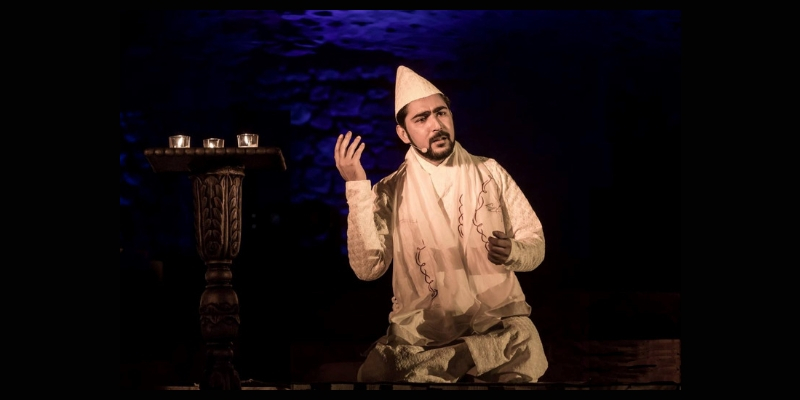 Interviewing a storyteller is like listening to a fable – it is filled with anecdotes, short stories from yore and a feeling that you are sitting by the bonfire under a starlit sky, even though really I was under a white ceiling made of brick and steel and cement, in front of the drab but necessary computer.

Such is the power of Syed Sahil Agha’s voice, suited to the storytelling form of Dastangoi. Agha is among the few, “possible the only,” he says, “Hindustani dastango”. Dastangoi is of three styles – Persian, Arabic and Hindustani.

What made him choose this form?

“Both my parents are writers. My grandfather was a writer and a storyteller. I remember several evenings where he would be sitting with a few people and start narrating into stories of partition and politics and his experiences. Soon there would be more people, totally lost in his stories. I always knew I wanted to be able to enchant the audience like this.” Even then, he would notice how his grandfather’s hands would sway with the words, how his anger would reflect in his bowed head and a longer pause. These gestures stuck with him.

But more than the performance, it was the stories themselves, “the real treasure of our country,” which he wanted to take to the masses. That’s why he first wrote Dastan-e-Hind, a collection of Indian tales and folklore, in 2010. While the book is not available online, he has performed all the tales and the videos have been uploaded online. “I think it is important to embrace this medium to take our folk arts to the maximum people. It is also much easier now, to record your own videos or take pictures and upload them.”

When he released his book, he would read stories from this book that people around him asked to take up storytelling too, besides writing.

“Then I went to the National School of Drama where I learnt acting, body language and how stories, character and dialogue were created.” The Hindustani or Darbari style of Dastangoi, relies on body language and acting and this combination attracted Agha. “The Persian style relies on learning the text verbatim and the Arabic style is centered around shayaris. I was attracted to this form for its fluidity – you can improvise on stage too. The other two, I think, are a little rigid.”

Dastangoi saw a revival in 2005 with the efforts of the uncle-nephew duo of Shamshur Rahman Farooqui and Mahmood Farooqui. “Then there were fewer dastangos, maybe 10-12. Now there are several youngsters interested and that’s a good sign. It means there’s an audience giving the form a chance again.”

So who should you listen to? “Ankit Chadha (who passed away earlier this year) and Danish Husain. Vusat Iqbal is a female dastango of note.”

One thing he wishes is that more people take up the Hindustani-style. “The literature on which Persian Dastangoi is based is available and students are quick to memorise and recite them. Hindustani is a little more challenging.”

Either way, storytelling is more important than ever in today’s times. “The storyteller does not matter, style does not matter – only the story does. These stories, even Urdu, is our cultural heritage. Amir Khusro who invented Urdu was borne of  Rajput mother and Turkish father. It is secular in its birth!” He gives the example of a tale of Deval Devi and Khizr Khan “Our culture has been that of giving up our lives for love, not taking them.”

His upcoming performance at the Udaipur Tales International Storytelling Festival which begins today will be with lyric soprano and opera singer Kabuki Khanna, who will add the musical style of opera to the story of a foreigner married to an India, singing songs of grief and happiness in this new country.

Some further reading on Dastangoi: 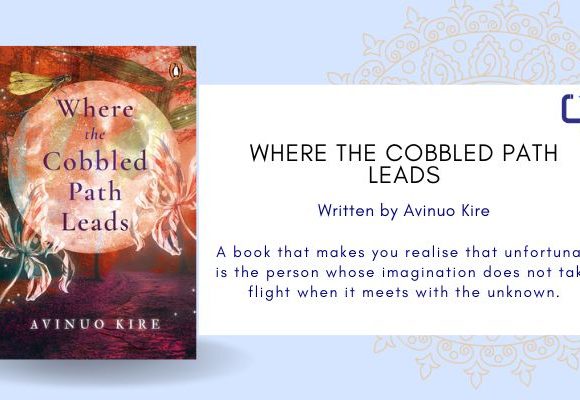 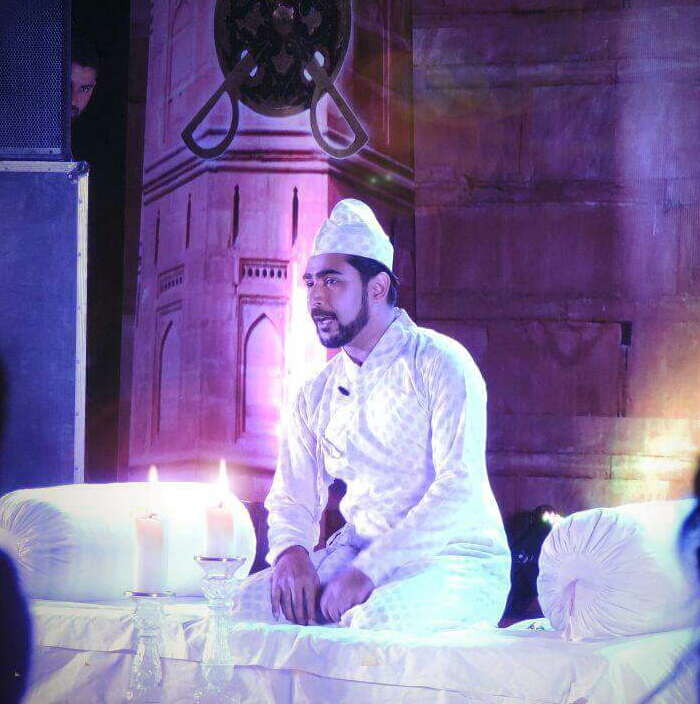