onWriting is the online media ..

Home Fire By Kamila Shamsie: Of God, love and poli...

Home Fire By Kamila Shamsie: Of God, love and politics 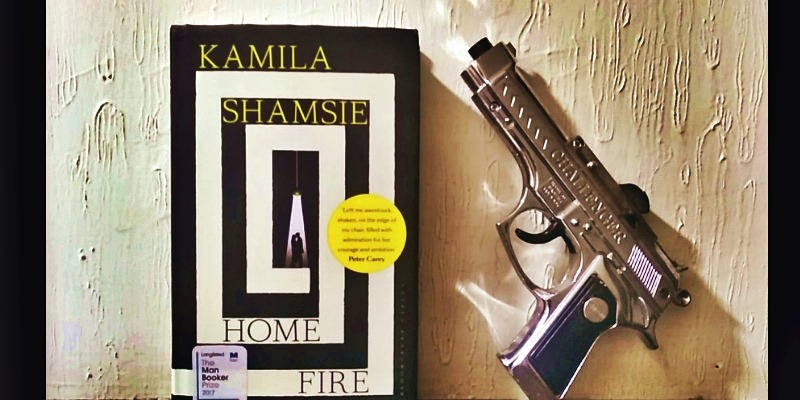 “Isma was going to miss her flight. The ticket wouldn’t be refunded because the airline took no responsibility for passengers who arrived at the airport three hours ahead of departure time and were escorted to an interrogation room. She had expected the interrogation, but not the hours of waiting that would precede it, nor that it would feel so humiliating to have the contents of the suitcase inspected. She’s made sure not to pack anything that would invite comment or questions – no Quran, no family pictures, no books on her area of academic interest – but, even so, the officer took hold of every item of Isma’s clothing and ran it between her thumb and fingers, not so much as searching for hidden pockets as judging the quality of the material.”

So begins Kamila Shamsie’s gripping novel, Home Fire, an adaptation of Sophocles’ Antigone – revolving around the lives of four young British-Pakistani characters – Isma, Aneeka, Parvaiz and Eamonn. In a socially confused and politically troubled world like ours, Home Fire is a quiet scream – a story that puts it foot down and speaks softly – but always, always, defiantly.

After ten long years of being “parent” and sole breadwinner of her orphaned family consisting of herself and two younger siblings, Isma Pasha finally resumes her academic studies in Amherst, Massachusetts. It is here that she meets Eamonn Lone, who’s politician father, Karamat Lone, has a long-standing mutual hartred of Isma’s family. Intrigued by a picture of Isma’s younger sister, Aneeka, Eamonn decides to visit her family home in Preston Road, London, under the pretext of delivering a packet of M ’n’ M’s.  Thus begins a torrid and passionate affair between Eamonn, who is from a rich and high profile family, and Aneeka, who is from a far humbler background as they begin to craft a new world from their love.

The reader is kept guessing whether theirs is a passing infatuation, or a deep and lasting love – the question resolves itself tactfully at the very end of the book (which I leave for you to find out). There are also other little details as the two characters from very different backgrounds begin to get curious about each other’s life. Such as this moment from the book:

“Does anyone give you a hard time because of the hijab?” he said.
She tilted her head back to rest it against his chest and look up at him. “ If you’re nineteen and female you’ll get some version of a hard time for whatever you wear.”

The first part of the book is from the point of view of Isma, the second part from the point of view of Eamonn, the third part told by Parvaiz (Aneeka’s twin brother), and the final part – in the voice of Aneeka herself. Shamsie effortlessly weaves the plot as she takes the reader through the mind of each of these characters, and does justice to each. Her mastery over her craft can be seen in lines like these which are crisply fashioned – not one detail more, not one detail less:

The Arabic calligraphy on the wall, the carpeted stairs, the plastic flowers in the vase, the scent of spices in the kitchen despite there being nothing on the stove: all this brought back his grand-uncle’s home, and with it the shameful memory of his own embarrassment about it.

The first two parts of the book have a light air of domesticity about them: the characters are fleshed out, their relationship dynamics tilted, the reader is kept on edge and at the same time, allowed to grow fond of them. The final parts of the book, however, take a rather dark turn, as the focus shifts from the politics of Isma’s family to the larger workings and politics of the State. As the book progresses, the bias of America, and that of most European nations towards its immigrant populations is under the scrutiny of Shamsie’s pen.  Even though the book is a work of fiction, the reader is constantly reminded of the times we live in, and the many biases that each of us have – racial, social, political, religious, and otherwise.

Shamsie’s writing reveals the darker aspects of modern life – reminding us that each of us is just one incident away from being reduced to an over-dramatic news report or a statistic in a surveillance study. She raises questions about citizenship and the democracy, but her stance towards the State as an institution, towards right wing or left wing parties, or even towards family, patriotism and nationhood, is deliberately left unclear. Her story unfolds in a way that the reader is free to draw his/her own conclusions. However, the book is definitely very bold – sparking questions like: Which nation is an immigrant loyal to – the one he comes from, or the one he currently resides in? How can one follow one’s religion is a cosmopolitan society without being persecuted for it? Who will stand up for us – the family we were born with, or the family we choose?

The book is recommended reading: both for its literary flourish, and for the power of the story itself, and how cleverly Shamsie has rendered it into today’s context. It has some extremely thought-provoking content and sensitive readers might find themselves thinking about it for a very long time after having put it down.

‘Nineteen.’ A woman-child, an immature-mature.

Recommended Age Group: 18 and above

Final Verdict:  3.5 – Make a purchase. Maybe an online purchase, or a kindle purchase. But buy it, encourage it. You can buy the book here.

Suggested for you:
Travels in a Dervish Cloak by Isambard Wilkinson
The Reluctant Fundamentalist by Mohsin Hamid.
Black Mirror (Web series), on Netflix 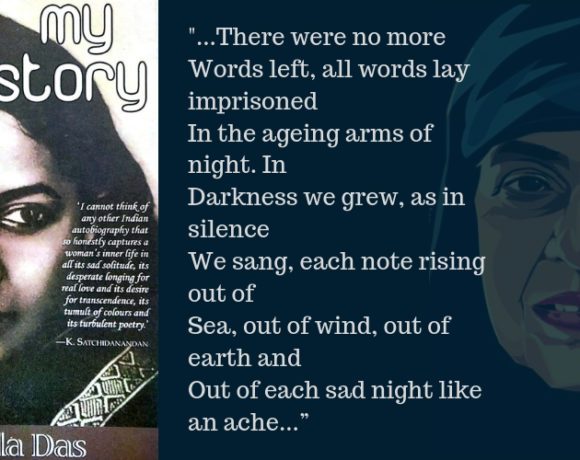