The Cock is the Culprit by Unni R.

In Conversation With: Amrita T..

The Cock is the Culprit by Unni R. 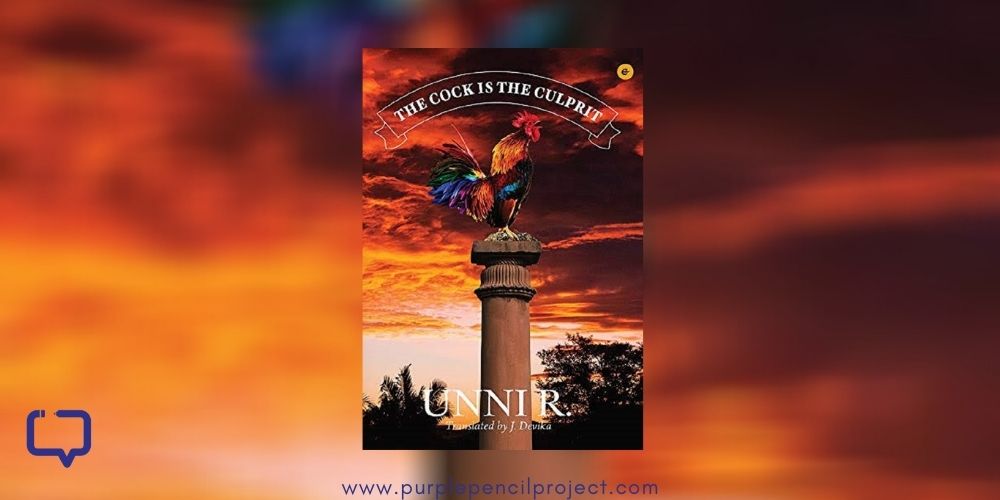 The Cock is the Culprit, written originally in Malayalam by Unni R (which sold 10,000 copies in the first 100 days after its release), and translated to English by J. Devika is many levels of brilliant, at once a juicy piece of gossip, a timely and perfect political satire, and an absurd episode of community life. (At the “crest of a new wave of Malayalam writing”, as The Wire writes.)

The Cock is the Culprit begins in medias res; a rooster/cock starts crowing at odd hours of the day, especially during the Hindu, Muslim, and Christian religious ceremonies.

There begins a preliminary investigation against the 90-something-lady (nonagenarian) Naaniyamma to whom it belongs, and sets in motion a series of events where the higher-ups in the bureaucracy try to find both a solution and someone to blame for this strange occurence, and in doing so, invoke emotions of patriotism, national pride, and religious belief in their palest shadows.

No time is wasted in setting the scene; the novella format works perfectly, there is not a gram of extra weight in the prose, and we meet the first few characters – be it Kochukuttan (who will emerge as the voice of reason), Kuttapaasaar the washerman, Ambika chechi of the Tekkethill house, Kurup saar a pious revolutionary (who will emerge as the helpless but rational cog in the system), and several more with a comfortable familiarity, like a new neighbour you are curious to know the present of, but not necessarily the rest of their story. (It reminded me of watching the show Noddy on Tiny TV).

It also has a lovely opening scene:

“Kochukuttan had this thing about early mornings – he would lie quietly in bed, half asleep, half awake. That’s the hour in which the past arrived unsieved by age, the times, day or night.”

The translation is lucid and beautiful and keeps the local flavour, although slightly inconsistently.

“Because all hearts are not equally capable of holding secrets, the valves of somebody’s heart gave way and the secret escaped.”

Ofcourse, The Cock is the Culprit’s biggest strength is in what it says, and how elegantly and succinctly it portrays everything that is breaking apart in our socio-political life: fake news, jingoism, the caste rivalries that still play out in our society, political bullying to dissent, organized crime legitimised under the state, the seeming futility of rationality, and also the the nature political conversations, whether on social media, or at the dinner table. Take for example this quote:

“The awfully vague talk that seemed to disagree and agree with everything at the same time sent everyone into confusion.”

In presenting a small community, Unni R. reminds us that politics is personal, an everyday fixture of a democracy, not something that happens only on TV screens and in newspapers. He puts the civilians back in the discussion of civic life, and shows us how empty and shallow, how hollowed and absurd the cry for ‘patriotism’ can be and just how far the people in power will go to blind the masses from seeing reason.

The rooster’s call, usually the call of sunrise, is transformed into a wake up call for us as a society; to remind us how toxic we have become, at every level from the individual to the national, and how we need to see the light of day.

‘The same horrid cackle was heard when people tried to consult astrologers, when husbands yelled at wives or beat them, when men indulged in post-orgasmic neglect of their wives or lovers, and when they bragged about their family’s eminence.’

Riyas Komu’s (cofounder of the Kochi Biennale Foundation) illustrations that both break the textual monotony, and present the story in itself; the kind you want to make prints of and put up on your wall.

I don’t know what they all meant; the first one has a palm tree with two swords crossed under it. Some use prints on old matchboxes, there’s one with a rooster motif in the middle of two flags of India, and one with three men beating one helpless one lying on the ground (an image too real and too ubiquitious in our news these days), images from Greek paintings, a silhouette of who I think is Gandhi in meditation but I could be wrong, and several more that point directly to themes of the chapter the image precedes.

The cover was a little underwhelming and does injustice to the the book otherwise.

The only creature on earth that protests through sarcasm is the human being.

Final Verdict: This is a book worth many a read; I read it twice before I sat to review it. 4/5 for this one. 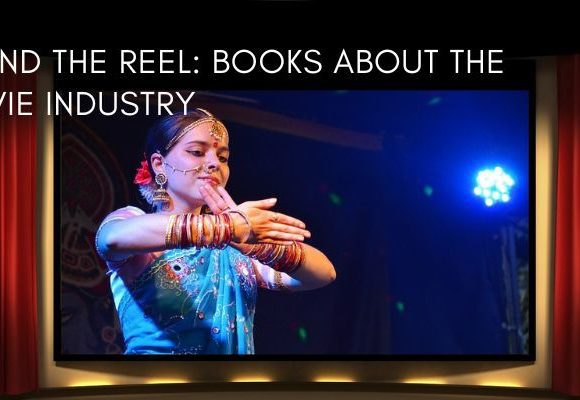