The Little Book of Everything .. 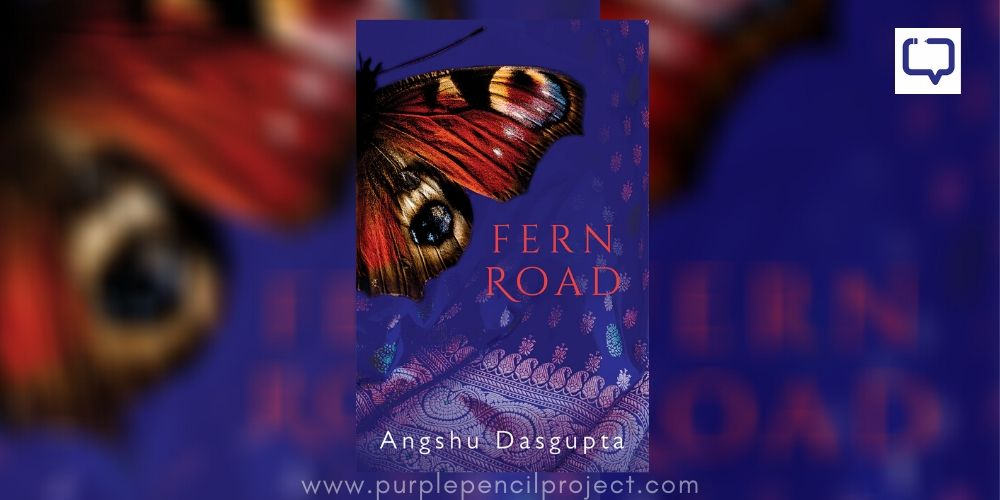 Fern Road, published by Speaking Tiger and written by debutante author Angshu Dasgupta, will not only resonate with those who are young and confused but also remind adults what it is to be a child, discovering one’s own identity in a country where everything dangerously treads the line of becoming taboo.

Fern Road is set  in 1980s Calcutta and transports the readers to the dusty by-lanes of the majestic city, where Roshogullas and the Victoria Memorial vie for space in the readers’ minds. The city is brought alive in Dasgupta’s writing:

Orko walks past the shops, emerging at Golpark, which is not really a park – it’s a little garden at a traffic roundabout, with an iron fence around it. There’s a sweet shop at the corner of the roundabout. Orko casts about for loose change in his pockets; he’s hungry. A roshogolla, unlike the parks and roads with their delusions of grandeur, is exactly what it claims to be: a little ball of a sweetmeat swimming in a puddle of sugar syrup. Orko gulps it down, leaving the stainless-steel bowl in the sink.

Orko, a young and motherless boy lives with his father. His characterization captures the reader’s attention from the very beginning, living his life as does with a different lens, that of a child watching the world and learning things anew about it often.

Everyone in Orko’s life, from his childhood friend Urmi to his father Nandan Sengupta, try and influence his opinions, and he is left forced to grapple with not just his own thoughts and confusions, but also their expectations from him.

While his father forces him to go to football classes to play a ‘team sport’ or when his teachers insist that him having only girls as friends is odd and not good for him, it adds to his confusion about why those are determined as wrong, forcing him to go against his desires, trying to will the queerness out of him without alluding to that directly.

Fern Road deals with a sensitive subject in a bold manner. The treatment of the LGBTQ community and the description of the way they identify themselves, trying to overcome the inhibitions and societal stigma has been done with nuance.

Orko’s confusion about being a boy but not wanting to grow up into a man (describing their hairy physique as disgusting and wanting to grow up like his mother), and his desire for all things considered and tagged ‘feminine’ – including his friends earrings, and toys otherwise marketed to girls, is a bit stereotypical but still gets the point across.

The story progresses with Orko establishing effeminate traits all through, but while he was initially grappling with the need to ‘feel like a boy’ by attending football classes despite being bullied there and trying to make ‘male’ friends, he eventually learns not to feel awful about it. The book does not give a great conclusion but instead chronicles the journey of a boy’s discovery.

The representation of the community

Fern Road is not the perfect representation, in comparison with the other books dealing on similar topics. It still leaves glaring holes about the identity crisis – especially as it was about a child and set 4-5 decades ago.
Yet, one must note that no representation could be perfect because the LGBTQ+ community is not homogenous. Every representation and story will leave something to be desired, and will raise complaints no matter what is included/omitted.

But it still addresses a lot of issues that are not spoken out loud and stay hidden in the folds of our social fabric. Orko initially shines through as a child(ish) narrator, associating what he knows and feels with the stories his family and friends tell him. In a country that encourages people to ‘hush it up’, Orko details his struggles in trying to fit in the places he dislikes, yearning to be accepted; to not be ridiculed.

Trying to take up football seriously, dodging the advice to not spend more time with girls, to desperately wanting to change things about himself – from there, his journey to accepting himself has been tastefully, subtly presented.

Perhaps Orko’s own words would reflect the insignificance of living by others’ opinions and portraying their colours in the big canvas called life.

In billions of years, when the sun grows into a giant star and boils off the waters of this lake, everything will die. The trees, the birds, the insects. The pebbles that he has casually thrown into the lake will still be there, mute witnesses to the end of the world. No one but he knows where they are, and if someone were to find them, they wouldn’t know that it was he, Orko, who cast them into the lake. It would be as if he had never existed.

The quality is in the writing

Fern Road holds the readers in its sway with the reflective, almost profound nature of the writing.

It is difficult for Orko to imagine his mother as a disembodied soul, trapped in an urn of ashes. He looks away, at the pendulum of the clock on the wall. He wills it to stop swinging for just a moment, but it’s relentless, it’s ticking louder than he can bear. He doesn’t know what he believes anymore.

There are not many noteworthy and individually memorable scenes, but the impact is more than made up for with the way the story itself is narrated, for by the end of the book the reader could at least clearly understand Orko and maybe even relate with him or sympathise with him, even if they do not completely relate to him or understand him. This marks the success of the author.

Overall, the book is a memorable read, and its subject and presentation would stay with the reader long after the last page had been crossed.

It should be chosen for its writing and subject matter, ignoring the sometimes mundane detailing that adds to its already slow, steady pace.

Final Verdict:  3/5 Make a purchase. Maybe an online purchase, or a kindle purchase. But buy it, encourage it.

Try and buy the book from a bookstore around you. If not possible, you can by the book here.

Watch the interview with Dasgupta 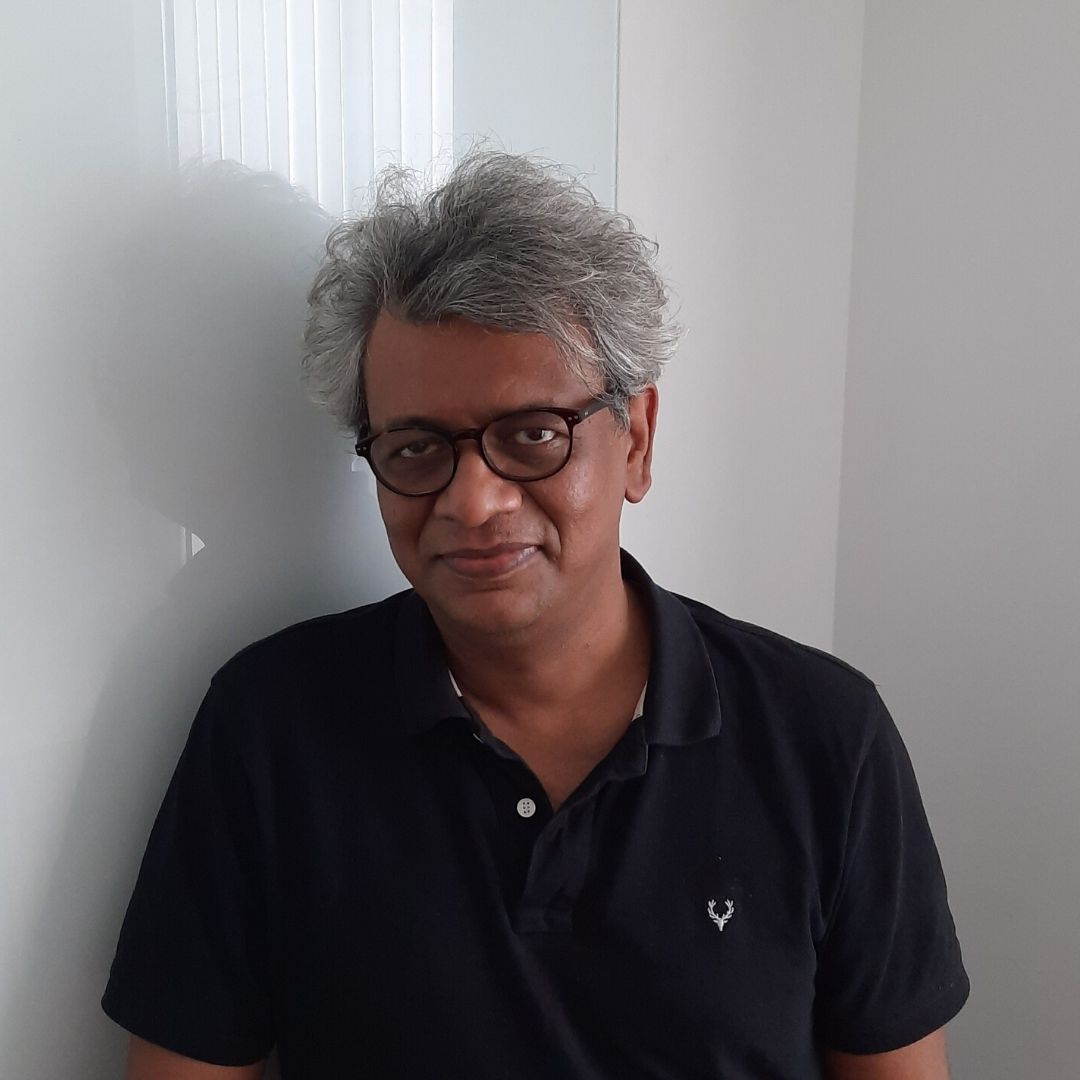 Angshu Dasgupta lives in Kolkata with his spouse and two daughters. He is a computer programmer by profession. This is his first work of fiction.