The Ministry of Utmost Happine.. 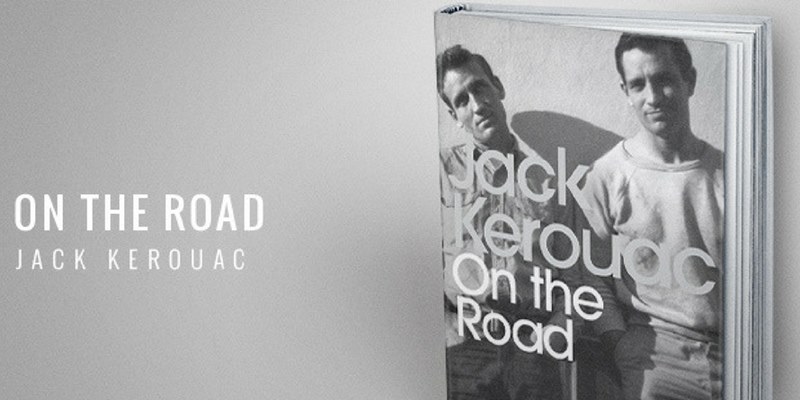 Some books are known more by their quotes, snippets of awesome that become bigger than the author and the source, and find their immortality in facebook posts, whatsapp statuses and wallpapers on the screens of the many digital devices we use.

Jack Kerouac’s cult classic falls squarely under this category. It is a bustling, energy-filled three hundred pages, that criss-crosses the continent of America thrice, that has Sal Paradise go on numerous personal adventures with Dean Moriarty and ‘the gang’ of a bunch of American men and their girls, involving mainly drinks and sex, poverty and hitchhiking, jazz and beat, and being absolutely wild.

It portrays the life that I have often come to associate with America itself; free spirits out of home, living life on the means they have, running around from one woman to another, from one marriage to another, having a house and a wife and kids in each state, living recklessly, irresponsibly, with no worry for tomorrow, with no regard for the past, with no sense of duty to the society, with no love for the family. For the longest time, these thoughts came from a place of judgement, my own temperament being quite the opposite – obedient, law-abiding, home-bound and careful. Always careful.

And in a lot of aspects, the book upholds my notions. American spirit is greater than any character that can ever embody it. It is Dean, the car-stealing outlaw’s life, that dictates everybody’s movement within the story, including its narrator, Sal Paradise; a budding novelist, who leaves the comfort of his aunt’s house in New York, to make the once-in-a-lifetime journey to the ‘end of America’. This begins a series of adventures, not the least of which is his tedious journey from NYC to Denver, on a bus, on cars, and for some miles, even on foot.

From 1947 to nearly fifteen years after that, Sal bumps into Dean periodically, and each time they meet, their families know trouble. Their life is interspersed with temporary calm and an almost perpetual need to be on the move. “With frantic Dean, Sal rushes through the world without really seeing it.”

I lived this book. Or you could say, “With the reading of On The Road began that month of my life you could call my life on the road.” I was out for its entire duration, sometimes on a flight, sometimes on a boat, in a car and on the road. I did not have half of Sal’s adventures and no Dean coaxed me into total abandon, but it gave me what has so far been the happiest month of my life. I found a new joy in the uncertainty of my life at present. I lived among packed bags, and scattered unpacking, preparing for my next time out of the city.

For most of the book, Sal and Dean come across as perpetually stoned duo and it is with great surprise that I find that they discover marijuana only in Mexico, in what is their final adventure, the one to the exotic South.

As characters go, Dean is disgusting. He walks around bare-chested, treats his women like crap and in one scene, where him and Mary Lou are driving around, he takes her hand casually, rubs himself and all she does is let him do it. Read from the point of view of the women, this is a book about letting men do what they want, always waiting with open arms for their return. Was all of the beat generation so obnoxious with their privilege, and all of its women so unthinking, waltzing through life with any apparent control over their own lives? The others are tolerable, but also lack the charisma, the drive and the passions of Dean.

Still, the motifs that today fall under the definition of ‘I have experienced’ life – books, music, travel, sexcapades and drinks – originated in this golden age of life. It is based in the immediate post-war period and a story like this from any other country in the world would not be without the visible effects of war. But it is America. The Great. The one who’s land remains blood-free. The one who’s people can soar, who are free in spirit, aimless and passionate in equal measure.

It was a beat book, no doubt. But take its quotes, pack your bag, hit the road and wait for “your girls/men, for your visions and for the pearl to be handed down to you.” Don’t waste time reading it, because there are a bunch of books that need to be read, and it is one short life you have and pick the books that will touch your soul and the rest be damned.

Whether it is the Hudson or the Cadillac or the WagonR, just fill the tank and hit the road. Look to warm nights away from the city, wine-drinking nights in the hills, on the house-boats, talking fantastic things, making impossible plans, offering to your friends and lovers everything you have; your love, your heart, your mind, your confusion. “Roll and roll like the sea,” as Sal and his gang so proudly do; but pray think about what you leave behind too. Take care to not trample on little hearts like Terry’s, or Lucy’s.

But then they danced down the streets like dingledodies, and I shambled after as I’ve been doing all my life after people who interest me, because the only people for me are the mad ones, the ones who are mad to live, mad to talk, mad to be saved, desirous of everything at the same time, the ones who never yawn or say a commonplace thing, but burn, burn, burn like the fabulous yellow roman candles exploding like spiders across the stars. 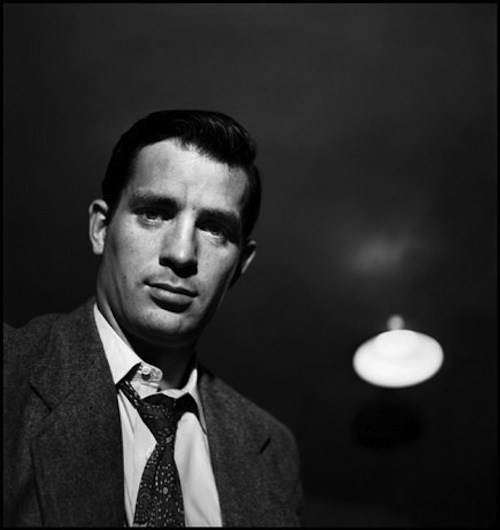 Jack Kerouac was one of the pioneers of the Beat Generation in America, writing novels on jazz, Buddhism, travel among other topics. His peers, Allen Ginsberg, William Burroughs, Neal Cassidy, Herbert Hunckle often featured as characters in his works. Today, he enjoys the status of a literary iconoclast.

Other Works:
The Dharma Bums
Big Sur
The Town and the City
Desolation Angels
Visions of Gerard