Before, and Then After by Meen..

Maps for a Mortal Moon by Adil Jussawalla

Rishika Aggarwal: on poetry an..

Maps for a Mortal Moon by Adil Jussawalla 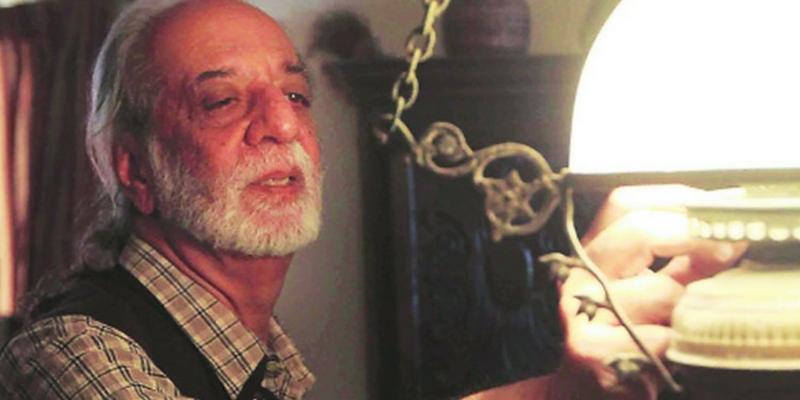 Maps for a Mortal Moon is a collection of journalistic writings by Adil Jussawalla on a sprawling range of subjects – from the importance of literary agents and the Salman Rushdie fatwa controversy to the death of Marilyn Monroe and the ambience of shady desi bars in Bombay. Indeed I had to re-consult the article on book reviews within the collection before I started writing this one. It declares:

What I ask for in a reviewer of books is that he should know what a book is about and what a book review is about. A book may be on an abstruse, even unpopular subject; but a book review has to try and lead every potential reader to it.

This is only one out of several examples of yesteryear writing ethics that Jussawalla shares in his book.

Having been a doe-eyed 20-something student of English Literature at St. Xavier’s, hitting upon this collection felt like hitting gold. I remember one of the papers for our Second Year of undergraduate studies was Indian Writing in English and the one proper textbook (aside from the abundance of photocopies) that introduced us to several pioneering names in this field was Oxford India’s Twelve Modern Indian Poets edited by Arvind Krishna Mehrotra. Most of us in the class fell in love with the poems. It’s here where we first discovered Jussawalla The Poet, but no other further reading, aside from his full collections of poems, was recommended in the course.

Two years later, discovering this whole other side of his writing was an eye-opener in several ways. Firstly, it provided a first-hand perspective on the Indian writing and publishing scene of the ‘70s. Secondly, it introduced me to Jussawalla’s talent as a prose writer to turn sentenced passages into lyrical works bursting open with poetic phrases. Thirdly, the highly detailed observation, the sensitivity and the personal touch of his writing took me deep within myself. Indeed, the book read like savoury, reflective meditation.

Curated with painstaking attention to detail by Jerry Pinto, the book flows from one broad theme to another, often placing two unlikely subjects against each other: dead man and butterfly, origami and journalism. Interests leak from one section to another as Jussawalla brightens up mundane subjects like glass with personal anecdotes and crystalline observations about world architectural tendencies towards glass in the past few decades.

The first section of the book is dedicated to keenly observed glimpses and stories of the very first generation of modern Indian writers in English: Sudhir Sonalkar, Vilas Sarang, Aubrey Menen, Daya Pawar, Dilip Chitre to name a few, and their shared misadventures with writing and publishing. One of the most extraordinary tales amongst these is the one about the Bengali writer Sandipan Chattopadhyay and how his ‘search for readers for his own and other writers’ work took ingenious forms… he published his short story, Biblap-o-Rajmohan (Revolution and Rajmohan) as a mini-book, its size a mere 4’ by 31\4’ ”. In a letter to Jussawalla, Chattopadhyay writes, “2200 copies were sold in all. About 1,200 copies from a single paan-shop at a Calcutta coffee-house on College Street”.

In a series of critical articles that follow, Jussawalla endlessly questions and re-questions the stance of Indian writing in English, its state of readership within the country, responses from international literary journals, argues both for and against translations, argues both for and against the inclusiveness and exclusiveness of this genre, examines the boundaries of language and compares his privilege as a writer in English to the writer of Hindi or Gujarati or any other native language writer in India. This kind of self-critique is absolutely missing in present-day Indian writers in English, as he mentions in an article:

Indeed it is hard to find present-day writers who seem to have explored the politics of the English language and its complex relationship with modern Indian identity with such dedicated scrutiny. Jussawalla seems to have thought and commented very deeply upon this subject, and upon the graver (and more universal) subject of what it really means to be Indian.

He attacks the Indian identity from several angles. On his experience as a young, newly graduated Indian student in England looking for a job and a reason to stay on, Jussawalla writes:

Desperately, one tries to keep oneself from sliding into the lunatic fringe of prejudice, to attribute one’s joblessness to personal and not national factors.

It is startling that so many newly graduated Indian students today still face the same situation, and yet are ashamed to speak about it freely to their friends, abroad or otherwise.

Jussawalla’s honesty as a writer sparks in ways that catches the reader quite off-guard. One particular piece about social appropriateness opens with the question, “Have you ever wondered how totalitarian you are in your thoughts and how liberal in your actions? You must have. The sentences passed by the kangaroo courts in our heads don’t generally match the sentences we speak.”

It is this frankness and ease with which Jussawalla makes his writing so spectacularly introspective, laying plain all of the double standards before pointing fingers at society.

The book also explores his lighter side as he comments upon such hilarious subjects as having to forcibly give up the picture books of primary school to the long-faced textbooks in secondary:

Getting used to the pictureless book was like getting used to trousers after the freedom of shorts. It was a sign of growing up. You had to take yourself more seriously.

After having pondered upon every ponderable subject in the world, the book closes with a section of Jussawalla’s humour writings. He wrote a column for The Sunday Observer in response to the millennium madness that had seized the world at the end of the century, featuring fictional news from the year 2099. One of the headlines read:
“Escapee banana-peel terrorists Bipin and Omar have struck their first blow in Mumbai as feared.”

It is gems like these that makes this book is a must-read not just for literarily inclined readers of English, but also for Indian readers of all kinds to trace the history of a most interesting canon of writers. The same goes for lovers of Bombay, as Jussawalla conjures one vivid portrait of the city after another. And lastly, for students of English literature to significantly widen their perspective and get some extra marks too.

Recommended age group: 15 and above

Final verdict: ???? – Go to a bookstore and buy it. Pay those extra bucks.

Pranita is a 23 year-old singer, actor, storyteller, avid reader, troublemaker and dramebaaz at large. She is currently training in Hindustani music and pursuing her Master’s in Ancient Indian Culture (when she’s taking time from brainwashing people into optimism). 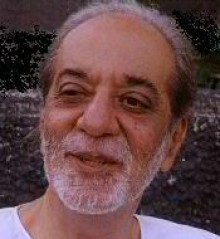 Adil Jussawalla is a writer, academic, translator, book reviewer and journalist. Historicity, individual personality, private reflection, urban space and its thinking, cosmopolitanism and globalism intercept one another to add to his poetic corpus and verve.