In Conversation With: Aanchal Malhotra

In Conversation With: Aanchal Malhotra 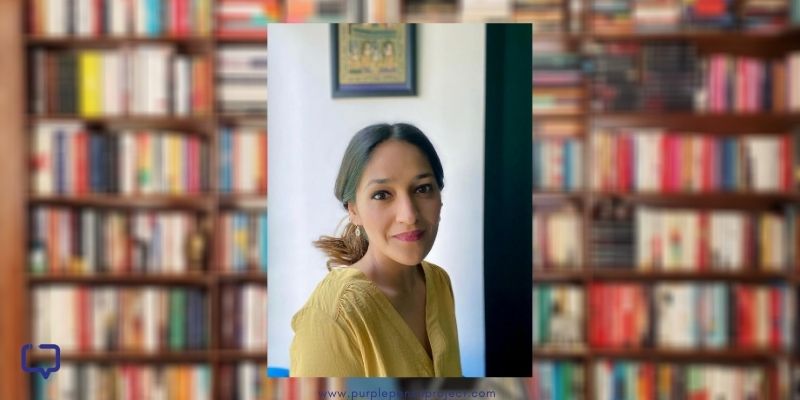 Aanchal Malhotra is an Indian author and historian, best known for her work on oral history and material culture of the Partition of India in 1947.

You must have started being around books at a very young age because of the very renowned bookstore that your grandfather started ‘Bahrisons Booksellers’. How was the journey throughout and what inclined you towards history as a subject and something that you want to build your career around?

Aanchal Malhotra: I grew up surrounded by books, obviously because of the bookshop, but also because we had a lot of books at home. I don’t think anyone really nudged me towards reading, but came to me quite naturally, and became a habit.

Now, I look back and think about how fortunate I was to be introduced to books at such a young age and how it molded me as a grew older.

But this interest in history – both the larger national, political history of countries and regions, and the intimate, personal history of individuals affected by hsitorical changes – came rather later in life, when I was already in my early twenties, and since then, it has informed every project I undertake.

What are the kind of books did you grow up reading?

Aanchal Malhotra: I remember reading everything from Harry Potter to Sweet Valley High, to Nancy Drew and Jodi Piccoult. When I was younger, I was drawn more to fiction, as most children are, I think.

Speaking about the Aanchal the reader – what are the genres of books you enjoy reading, and what forms? Poetry, fiction?

Aanchal Malhotra: Now, because of my work, I read more non-fiction – history, travelogue, books that reveal something or someone that has been deliberately silenced or forgotten – but from time to time, I do love a good immersive novel.

Something that transports you. I recently read the The Memory Police that completely blew me away. I remember The Vegetarian also seeping into my everyday as I was reading it a few years ago. I don’t read a lot of peotry but I do very often return to Agha Shahid Ali.

You have studied Printmaking too, and now you are a writer by profession – What is your take on art and literature going hand in hand?

Aanchal Malhotra: Well, one must inform the other.

It is difficult to see langauge and art be disassociated from one another, for they are very much companion forms.

When I began working on Remnants of Separation, the projects’ first rendition was visual.

It was my MFA thesis at Concordia University, Montréal, and photographs of various migratory objects and their owners were exhibited in a gallery space set up in a long corridor of 120 ft, almost mimicing a border.

It was these photographs that then informed the textual version of the project, which was further published as a book. But I always assert that the work have morphed from the visual into the linguistic, rather than the other way round.

I am a visual writer; I am heavily informed by landscape, by the movement of a person, by the way they speak and dress, and how the colours of the light change around them as the day goes by during our interview.

All these become the words I write, and so I must deduce that I think – first and foremost – in images.

While interviewing, you must have also come across some people from both the countries who were also a part of causing the violence, how did you draw the line to stay away from any judgemental ideas and hear their stories around things?

Aanchal Malhotra: This is perhaps the hardest thing while doing fieldwork – to be mindful of judgement and preconceived notion.

We are all born within the framework of a particular country, religion, class and at times, caste, and all these factors are intrinsically informing our perspective. There is a necessity to shed some of these for the purpose of an unbiased interview, particularly with those who are generally considered “the other”.

For me, this has been a daily exercise but also the greatest strength, that I am able to look past the biases I may not even have known I emobodied.

The object or the thing is just a catalyst to enter into an otherwise traumatic memory. We begin with the object in other to foray into other deeper, denser, often tangled and either subliminally or deliberately forgotten memories.

My methodology aimed to understand the human condition and human feeling better. I had no intention of simply recording a history of political events, but rather to focus on the people it affected, and through their perspective, look at the larger historical and political context.

Who caused the violence… now who is to say? Till date, we cannot fully place blame on any community, and neither should we, for everyone was – at one point- responsible. My intention was to record the versions of what happened.

While undertaking Remnants of a Separation as a project, you also must have come across such details which may have been traumatic, and emotionally draining. How did you cope, as a 23-year-old too no less?

Aanchal Malhotra: A few years ago, when I was consecutively recording several stories a week, images of those stories would amalgamate into one while I slept. I would wake up frantically in the middle of the night and have to situate myself within my room.

But even then, I rarely ever thought about the psychological consequences those interviews were having on me – I never once gave this result of my craft as an oral historian the scrutiny it deserved. This was such a time-bound activity; the people I was interviewing were old and their memories needed to be archived for posterity. It was only when I recorded a story about forced migration from an area called Mirpur in Kashmir, that the gravity of second-hand trauma I may have been inheriting truly dawned on me.

Writing about these experiences helps, writing Remnants has helped, though at times I almost dread talking about the project because of the innate heaviness it carries. I don’t think I have fully configured a coping mechanism for myself, apart from the realization that some interviews may penetrate – personally, generationally – deeper than others, and the vocabulary of this kind of specific, latent yet lingering trauma, is still very much under development.

Partition is not yet an event of the past.

Were there any books that helped you throughout your journey of this as a draft for the project till its completion as a book?

Aanchal Malhotra: Many of those books and papers are listed in the Notes section of the book. But some texts that I considered key while working on Remnants were:

What was your journey as a debut author? Partition being such a widely spoken about theme, do you think that worked in your      favour? Did you have doubts about journeying from historian to writer?

Aanchal Malhotra: I think that the fact that Remnants was a novel project – that no one had ever looked at material culture – certainly helped it. But also because it is one of the few projects which includes primary research from India, Pakistan, the diaspora as well as British perspective, certainly made a more holistic study of the event.

You also write very widely for various publications – how do you decide what to keep for a book, and what to share with publications – from the reservoir of stories you have?

Aanchal Malhotra: There are several interviews that I recorded during the field research for the book that didn’t make their way in. From time to time, these find their way into independent articles. Soemtimes, if several interviews thematically fit together, then I may consider writing a long essay for an anthology. But I keep copious notes on my interviews, and find it perfectly alright if they may be repeated in pieces as well, provided they add to the relavance and purpose of the piece.

What’s next for Aanchal?

Aanchal Malhotra: I have been working on a book for the last three years – partly on Indian soldiers in WW1, and partly on Partition – which should be announced soon!

I am also working on a book on The Punjabis.

We encourage you to buy the books mentioned in this article from, if you can find them, your local bookstore. If you cannot, please use this link to order from Amazon, and support us. 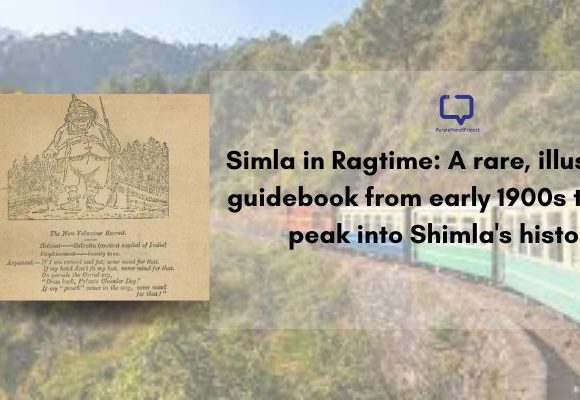 Rare book on Shimla history; this illustrated guidebook is a delight to read 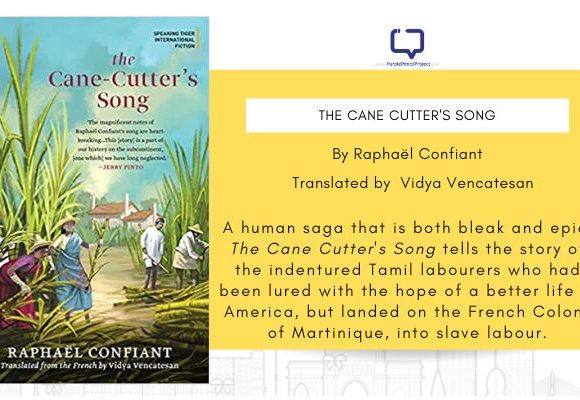