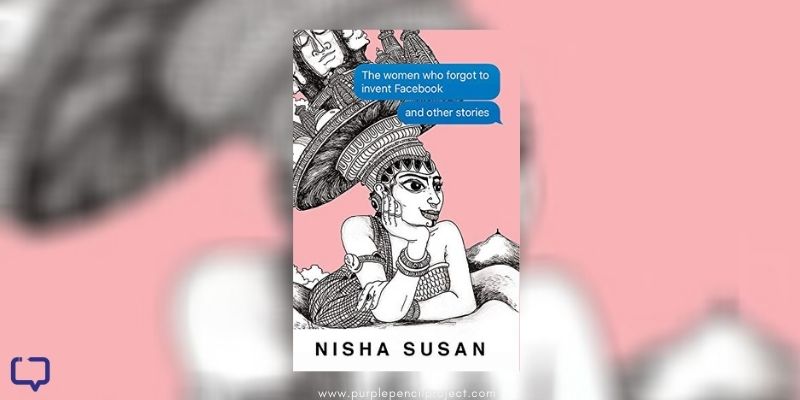 What is Nisha Susan’s collection of short stories about? The clue is in the title – The Women Who Forgot to Invent Facebook is about what it means to be a woman and have your days so filled up with work and family expectations and dating apps that you simply forget to invent a thing like Facebook. In the first story of this collection, the protagonists have everything they need to invent Facebook – time, evenings at Bangalore’s pubs, an intimate knowledge of who slept with whom and when – but never get around to it. A tragedy, yes, but don’t we all know women like this?

There is usually a certain kind of woman who populates these stories. She is usually a Malayali, a twenty-to-thirty something city-dweller, educated enough to have a job, wealthy enough to drink in Bangalore’s pubs, tech-savvy enough to dabble in online dating, but tied to family enough to still settle for an arranged marriage. The women in The Trinity – goddesses of the college fest scene, winners of the prized Kalathilakam at the Kerala Youth Fest – slowly come to terms with how an arranged marriage to a spouse who pays for spa holidays, wouldn’t be so bad.

But the themes in Susan’s stories – love, loss, technology, growing up, settling down – are familiar to us all. The men in these stories are nice guys who are nevertheless a bit rubbish, like the men we all know and live with every day. Pradeep in The Trinity mocks his wife’s past as a dancer, and the Prince in The Singer and The Prince will still not let his friend use the toilets in his house, for fear of offending his orthodox family. Not all men are as unpleasant as the protagonist of No Filter (one of the darkest stories in this collection), but we all know helpful and well-meaning men like Mathew of Mindful, who would benefit from a swift kick up the behind. And yes, we all know people like Ajay’s posh friends in Teresa, who might chastise us for referring to the domestic help as “servants” and speak German and French and Urdu, but who can spend all their lives in Mumbai without learning Marathi.

And the women may not be particularly likeable, but they’re real, and complete, nostalgic for the innocence of youth, and struggling with the demands of adulthood and not growing up. Susan does not shy away from letting them have forbidden thoughts. In The Trinity, Nayantara says of her husband, “I don’t think I hate anyone as much as I hate him.” Is this true of more than one arranged marriage? The protagonist of Teresa cannot stop stalking her husband’s dead ex-wife online, in her quest to fill in her predecessor’s high heels, and the Sabbah in The Gentle Reader finds herself ignoring deadlines to get into fights on Twitter. Susan makes these stories just plausible enough for us to empathise with the protagonists, with their opinions of themselves and their failures to fit in to the spaces they inhabit, until we find ourselves saying, ah, that was a poor idea, but I do understand why it happened the way it did. Why did the singer help the Prince elope with another woman? Why did women like Anita marry smug, annoying men like Prakash? We know it’s ridiculous, but we know why they are the way that they are.

This isn’t to say that Women Who Forgot is a serious book – Nisha Susan is a wickedly hilarious writer. There are plenty of chuckles on each page. In All the Girls Together, Sheela comes back to work after a maternity break, only to find that her job is something that could only exist in the world of Facebook and Instagram and Pinterest. Meanwhile, Rhea’s meditation app in Mindful might be a little too much of a presence in her life. Here is Susan telling us, we live in ridiculous times and we would do well to laugh at them. And in How Andrew Wylie Broke My Heart, she reminds us that technology can cause trouble, yes, but it takes human imagination to really be mean to others.

The Women Who Forgot to Invent Facebook is a light and breezy collection of short stories, with relatable, well-rounded characters and believable, accurate descriptions of life in the cities that they inhabit. Here is a set of funny, ever-so-slightly evil stories for the internet age. Go get a copy right away. 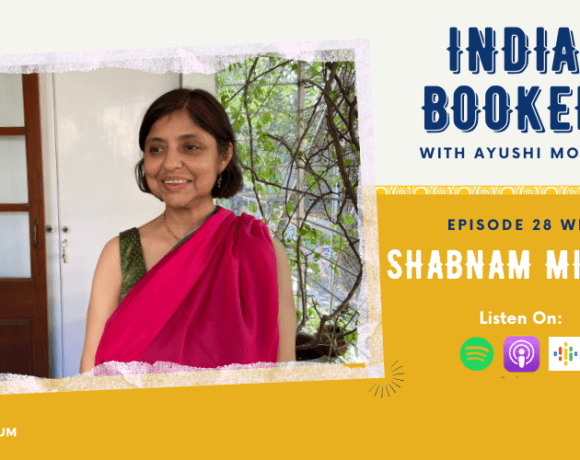 Ep. 28: Colaba: The Diamond at the Tip of Mumbai