Litfest with a twist: Twice Re..

Gulzar’s Raavi Paar And Other Stories: A Col...

In conversation with: Neelum S..

Gulzar’s Raavi Paar And Other Stories: A Collection Both Candid And Cathartic 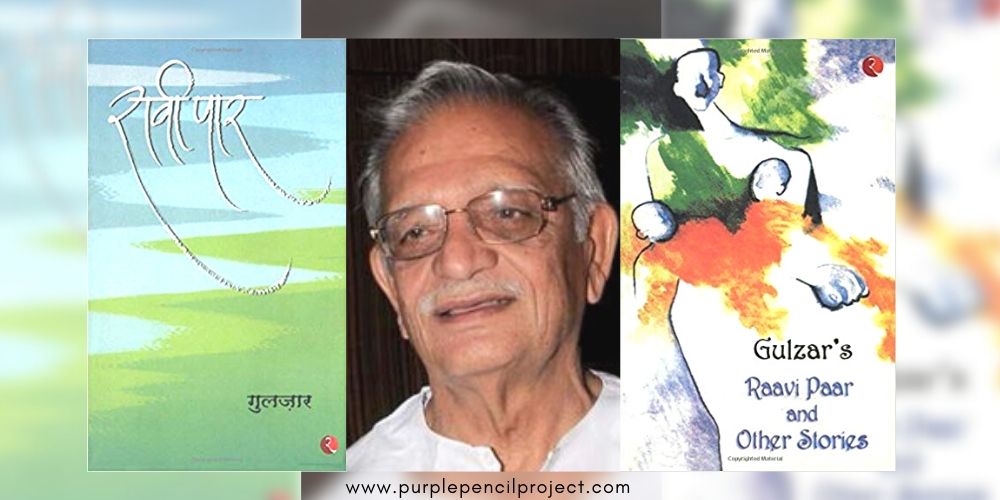 There are hard-boiled writers who put pen to paper or finger to type-writer keys to churn out paperbacks and yet can also write a couplet or two. And then, there are the mellower poets who can write equally enchanting and lyrical lines in their short stories or the occasional novels. Sampooran Singh Kalra, or Gulzar as we know him, and easily the finest living poet and lyricist of our times, belongs to the latter category, as evidenced by his most well-known collection of short stories Raavi Paar And Other Stories, written originally in both Hindi and Urdu, and translated, with reasonable integrity, by Masooma Ali and Alok Bhalla.

The titular story would be familiar with almost every fanatic who has devotedly pursued this legend’s literary exploits over the years. This heart-wrenching personal tragedy set in the anarchy that followed the acrimonious Partition demonstrates not only the poet’s crystalline clarity and brisk economy of thought but also his thoughtful, almost melancholic and elegiac lament of the travesty, both grand and intimate, of people’s lives and fates decided by forces larger than them.

But the other, more eclectic stories in the compilation deserve equal accolade, for not only their literary merit but also in the sheer breadth of Gulzarsaab’s imagination and insight.

Where should one start, though? The best thing would be to begin with two stories that serve as exemplary models of his equally iconoclast and markedly intelligent work in films apart from lyrics. One is the possible inspiration for the mesmerising Lekin; indeed, apart from sharing the same name, the story’s themes, probing the very meaning of reality and the time and space bending power of the after-life and other surreal metaphysical forces, find its true manifestation in that elegantly crafted film. The milieu and context might be different in the short story, set in the neglected suburban excrescence of Bombay rather than in the shimmering haze of the sands of Rajasthan but the eventual impact, of startled shock and wonder, is the same.

The scope in the short story is more personal and intimate, gazing at the haplessly star-struck protagonist as her idolisation of a screen god goes to unprecedented depths, almost amounting to the pangs of pre-pubescent sexual jealousy. Again, there is a simplicity on the surface of the premise but the economy is effective, the surprise in the end, while anticipated early on, is quietly dramatic and it is a delight to watch the film again after reading it.

There are other stories too that share this congenial air. Pieces like Dhuan, in which a man’s divergence from his faith becomes a gruesome and ghastly cause celebre, or Khauf, wherein the very distinguishing lines between faiths are blurred in the dangerous anxiety of the communal tensions of Bombay in 1993, leave indelible impressions because of how their simple, incidental plotting belie a moral complexity that is to be found in his poems, lyrics and films too.

Then again, one comes across the more avant-garde stories of the bunch, like the one on the legendary Michelangelo, recounting an anecdotal slice of his life when working on the famous Sistine Chapel, a story of faded stardom inspired directly by the Hollywood classic Sunset Boulevard and yes, even a personal account of his mentor namely the incredible cinematic storyteller Bimal Roy and his ultimately suicidal obsession with completing an ultimately unfinished film.

Not all these eclectic stories in Raavi Paar and Other Stories hit the mark. His own presumably tongue-in-cheek take on Rudyard Kipling’s The Jungle Book is a tad too obvious and parodical, for one thing, and a few other stories in the ensemble get tangled in their own intricate proceedings. Mostly though, his writing reeks of the same piquant, homegrown flavour and wry wit that we associate with his songs, poems and films. The delicately poised surprises in these stories are as subtly miraculous as the ones in the stories of O. Henry while the warmth of conventional innocence, in contrast to post-modernism, reminds one of Chekhov’s humanity.

That brings me to the highlight of the collection, the acclaimed Raavi Paar. As a tale of a cathartic personal tragedy against the larger, blood-splattered canvas of that infamous chapter of history, it is as unsettling and organically painful as that masterpiece of the genre, Saadat Hasan Manto’s Toba Tek Singh. As in that haunting portrait of the insanity of those times, the catastrophe results out of a very genuine sense of predicament as to where does one really belong, here or there or to the strange, alienating no-man’s land in between.

There is a crucial tonal difference here, though. While Manto’s masterpiece is a more probing dissection of the same predicament examined through a truly off-kilter perspective, Gulzarsaab’s story aims for a more conventional but gritty and unsentimental narrative thread of dislocation, of a family uprooted from its original home and forced to trudge to the other side of the border. The titular crossing of the River Raavi to reach the border becomes the moment of epiphany for the reader, the crucial scene in the narrative when one becomes aware of the bleeding sacrifices that had to be made to survive. The climax of Toba Tek Singh is one of shattering realisation for its protagonist; the climax of Raavi Paar is one of bittersweet and ironic triumph against all odds.

This collection comes highly recommended not just for admirers of Gulzarsaab but also for anybody who is interested in discovering a subtler and more thoughtful side to Indian fiction at a time when our bookshelves are thronged by pot-boilers and post-modernist novels.

“He wasn’t sure if he should laugh or cry. Fate had made a strange bargain with him – given with one hand and taken away with the other.”

Final Verdict: 4/5. Go to the bookstore to buy it, pay those extra bucks. If you cannot find the book, buy it here

As said before, any avid reader who wants to discover a subtly intelligent side to Indian fiction and a new side to the greatest Indian lyricist ever should pick Raavi Paar up right away.

Mottled Dawn, a collection of the still-haunting and heart-breaking Partition stories and sketches by Saadat Hasan Manto 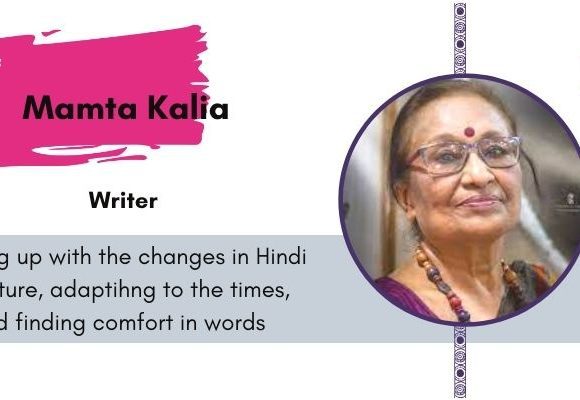 “I have two hobbies, reading and writing,” Mamta Kalia