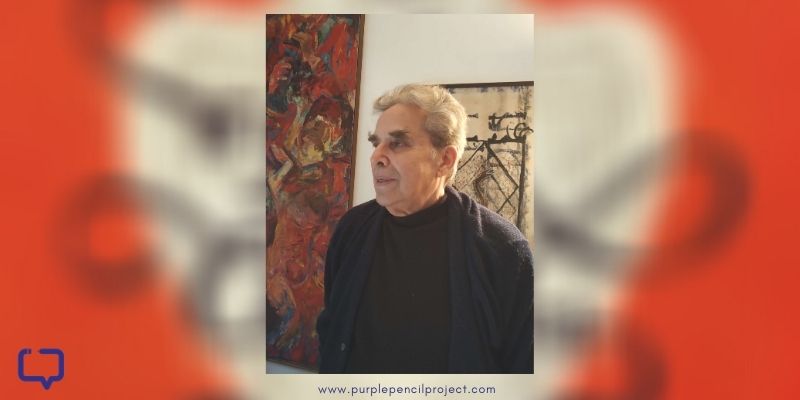 Malay Chatterjee has been a professor at Delhi’s School of Planning and Architecture. Chatterjee’s many academic/non-fiction publications have covered complex issues concerning architectural conservation and heritage management. He is considered an authority on the planning and design history of New Delhi.

You have had a prolific career as an academic and have been deeply involved with heritage management in India. What inspired you to write this out and out fiction/fantasy story?

Malay Chatterjee: I wanted to write something that resembled the kind of fiction I enjoyed reading myself.  I have always loved music and used to play the piano until I was 17, after which I joined college and was too busy to practice. I also love animals and believe that humans and animals can communicate with each other at various levels.  Hence, pianos and a talking bird became the major motifs of my novel.

Academia must enhance rather than get in the way of anyone’s creative pursuits – all writing is ‘fiction’ in a way – even academic writing involves ‘wishful thinking’…!

My work on heritage involved both architectural conservation and history and this novel weaves stories from both these dimensions.

I would like to know a little bit about your preferences as a reader – what are the forms, genres, authors you enjoy? Do you have a comfort read? Do you read everyday, and make time for it? Fiction or non-fiction, what narrative style do you prefer?

Malay Chatterjee: I am equally fascinated by fiction and non-fiction, and do not have any favourite genre, reading widely and eclectically.  At any given time, I read both a novel and a work of history.  I read about ten hours a day – or half this when I am writing.  I also read a number of journals and magazines regularly, including The New Yorker, the Economist, Time, Seminar, India Today…, and several newspapers to keep abreast of contemporary events, culture, ideas, etc.  All this is possible because I am retired and have the luxury of oodles of free time.

Everything is a ‘comfort read’ – as reading itself is a comfort – no matter how unsettling a book may be!

How did you come to choose a raven as the ‘sutradhar’, the voice of the story? Allegro also appears far less in the story in the second half, which (as I was speaking to our reviewer and reading some reader- comments online), is really missed. What was the creative reason for his absence?

Malay Chatterjee: The title of my novel, ‘The Drunk Bird Chronicles,’ was suggested by my editor at Speaking Tiger, Yauvanika Chopra.  But the story is neither entirely about Allegro nor told by him as several other characters feature prominently and are important throughout the multi-generational history.

Although Allegro is ever-present, he comes to the fore from time to time.  Allegro’s quietude is due to the passing of Gareth Armstrong who was his mainstay, to the shifting of locales such as Goa, New York and Cambodia where he is not present, and perhaps to his age (or mine)…  The story had to keep moving on.

With a book that spans so many generations, did you think about splitting it into more than one book, like a series? If not, why?

Malay Chatterjee: I never thought the book could be written or read like a series – though it may lend itself to a TV serial!  It has several subjects and themes interwoven throughout the tale – the history of cities, architectural conservation; piano playing, tuning, selling; the Goan diaspora, the Catholic Church, the notion of dynasty, and so on.  It would be impossible to separate these themes as they are all inter-connected as the story discloses.

Drunk Bird Chronicles spans many generations, and many geographies. Did you have to research about any particular period or place? What was the process like? What were your sources?

Malay Chatterjee: I read a few books on 19th century London and Calcutta to get a feel of what society was like in those times.  I made a special trip to Shillong to meet and interact with former students and observe and experience the city.

These three types of ‘study’ are the essence of good writing whether fiction or non-fiction – gleaning information from books, people who are familiar with places or events, and first-hand involvement.

Twentieth century Delhi was already in my blood as I have done a lot of research on the city over the years, particularly on city planning issues.  (I am considered a minor authority on the subject!)  I have lived here for most of my life – my wife Meera (an avid photographer) and I not only explored the city together during our teen/early adult years but also subjected our ‘gen next’ to it.  We used to take our two boys exploring throughout the city – its monuments, spaces, parks, bazaars, neighbourhoods and so on, throughout the ‘80’s and ‘90’s.  So they too have grown up with a deep knowledge and love of Delhi – and in turn enhanced my exploration of the city.

Are you working on anything currently? Do you plan to write more fiction?

Malay Chatterjee: I am working on another novel and also have a children’s book in mind.  This is about a group of animals who escape from the Delhi Zoo to establish an egalitarian society in a jungle a few kilometers away…

Meera and I have a personal library of about 3,000 books collected over 50 years! I am gradually reading some of these for the first time, others over again.

Currently, I am re-reading Allan Sealy’s ‘Trotternama,’ written (and first read by me) about 15 years ago.  Other favourites are Amitav Ghosh’s Trilogy.  I often re-read Dickens and Thackeray, Premchand and Carl Muller (a Sri Lankan humourist) or pick up something of theirs that I have not read earlier.

A Delhi book you recommend to our readers

‘Delhi Through the Ages’ Essays in urban history, culture and society, edited by R.E. Frykenberg (Oxford, 1986) is a good introduction to this wonderful city.

There is an enormous body of work on heritage and architecture – too many books and too diverse to single out a few books or authors.  India’s architectural heritage alone is vast, recorded in everything from colonial archaeological survey reports to new analyses by scholars both in India and overseas, and from guidebooks to novels!  To get a good understanding of architectural heritage one must read eclectically across a range of disciplines including history, sociology, mythology, art, etc. The ‘serious student’ could choose one period of time or even one cluster of monuments and delve into it from these different perspectives.