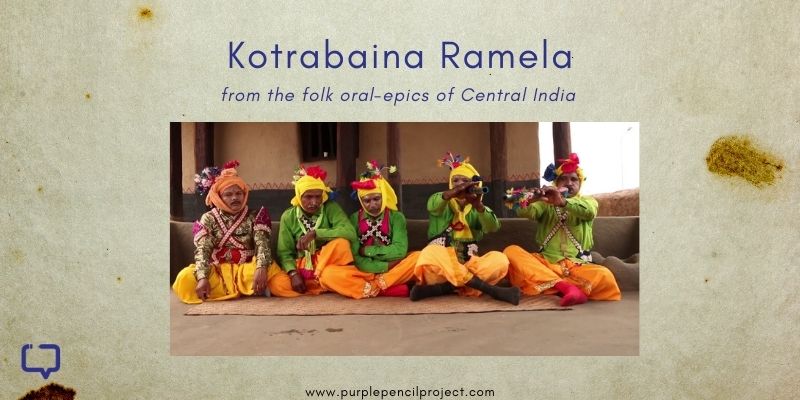 The epics have been a major influence across communities and tribes in India. In the folk oral epics of Central India, especially in Chattisgarh and Western Odisha, we find many influences. Bansgeet (song of the bamboo) is one such folk-epic, which is common among the Gaur (milkmen) community of Kalahandi, Odisha. Bans, or the bamboo, is a three-feet long flute that is played by a flutist during the rendition of this tale. The song is of Kotrabaina and his wife Ramela.

Once there lived a farmer by the name of Kotrabaina, whose job was to tend to sheep and cows and sell milk and curd. He lived with his beautiful wife Ramela. The king of the land had an eye for beautiful women and Kotrabaina made sure he kept his wife away from the city.

But one day, Kotrabaina was away and Ramela couldn’t resist going to the city. She went there with curd and milk, leaving her child with Kotrabaina’s sister. In the city, she was spotted by the soldiers of the king and soon forcibly taken to his palace.

While Kotrabaina was asleep, his clan deity showed him the abduction of Ramela in his dream. Kotrabaina hurried home to find that what he had dreamt was true. He immediately gathered his twelve lakh bulls, and twelve lakh sheep, along with a magical bull named Kurmel Saandh and sheep named Ultia Gadra, and attacked the city. Ramela was rescued but not after a massive battle in which the city was destroyed by the cattle and the sheep and the king was killed.

While Ramela was freed, the Gaur society was not ready to accept Ramela without testing her chastity as she had spent time at the palace of the evil king. Ramela arranged for an ordeal by fire and emerged successfully out of the ordeal. However, this wasn’t enough for the society and put forth another condition to test her that, if her six-month-old child crawled from his bed to Romela’s breasts for milk, she would be treated as chaste and accepted without any doubt. Ramela’s child crawled towards her and the Gaur society accepted her.

The tale has obvious similarities with the abduction and the subsequent battle to rescue Sita. Lakshman’s line of control for Sita resembles the warning that Kotrabiana issues to Ramela about not visiting the city. Like Rama’s army of vanars, we see Kotrabaina assembling an army of bulls and sheep to rescue Ramela. The Kurmel Saandh and the Ultia-gadra, a bull and a sheep respectively play roles similar to Hanuman and Jambuvan. Ramela like Sita had to face the fire-ordeal to prove her chastity.

This is yet another example of how epics have been a major influence on local lores. 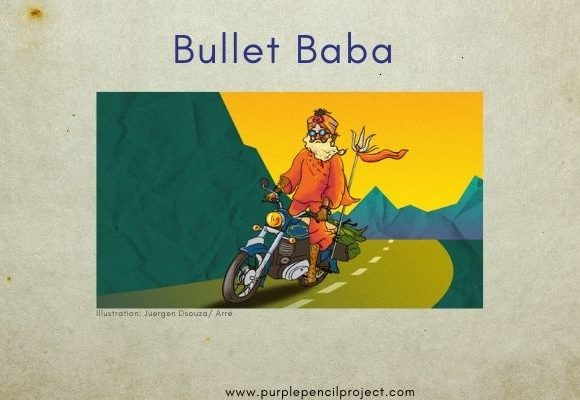