A Night with a Black Spider by.. 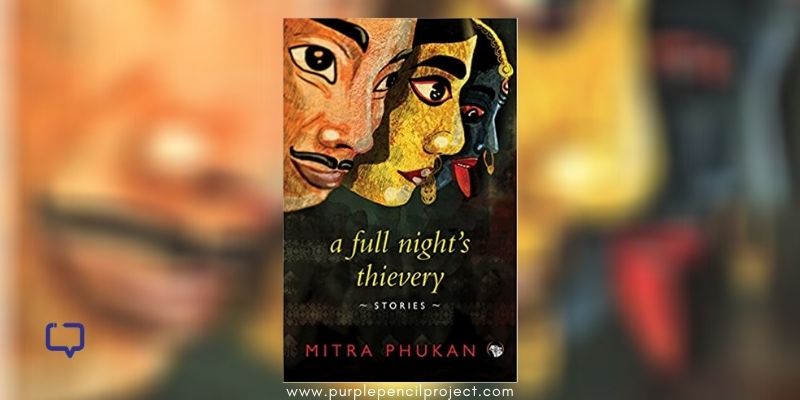 Mitra Phukan’s collection of short stories, A Full Night’s Thievery, is about very flawed people – the kind we all are ourselves. They are disloyal, untruthful, vengeful and not very nice; the nasties would make their nasty way through the world with no consequences. A darker Roald Dahl, if you will.

A short story at a time

Only Phukan is not Roald Dahl. Vengeful, flawed people face consequences of their actions, even when they don’t deserve them, and especially when the victims are wives of unfaithful husbands.

In The Revenge of Annapurna, a wife takes comfort in her status as a daughter-in-law and mother, the one in charge of nurturing the household – the one to whom the unfaithful husband will inevitably return. Shrabana in The Reckoning is less kind to her husband, with results that she could never have anticipated, and the narrator of Jogeshwari finds that getting revenge turns her into her own worst nightmare.

Unfaithful husbands are not the only flawed people on these pages. Modon Sur, the thief of the titular Full Night’s Thievery, learns that crime does pay, but only just. In The Rings, a superstitious businessman’s belief in astrology, and the powers of celestial bodies to control his life is proved right – but not quite the way he expects. This is not only about people being served cold justice; it is more that they failed to anticipate just how the world would respond to them and their failure to conform to specific societal roles.

We all want freedom

The lack of agency is a prominent theme in Phukan’s A Full Night’s Thievery. Ekalavya’s Rishabh, for instance, is punished for his faith that a prominent musician would accept him as his disciple – and neither he, nor the narrator, has any power to hold the musician accountable.

Meanwhile, the Tabla Player is prisoner to his own talent, and his own position with regard to other musicians, with tragic consequences. Somnath Babu’s helplessness in Homecoming is heartbreaking to read – he may have been the reason his daughter married an unsuitable man, but did he deserve the pain of learning that she was in an unhappy marriage, or the inability to do anything about it? And as for the woman in The Journey – was that one fateful kick an accident, or an act of madness from the heat, a troublesome child and the helplessness of her own situation?

A Full Night’s Thievery is compelling and frustrating in equal measure – compelling, because it truly is painful to read about helplessness, and heartbreak and death in a few paragraphs of each other, and frustrating, because the motivations of these characters are sometimes mystifying.

Phukan paints a vivid picture of Assamese domesticity, where food is served, music performed by struggling artists, the village gossips gather around to spread news, and where people eventually die and are remembered. The characters’ actions exist in this little universe, and tell you why they act in a certain way. Yet, we do not understand why The Journey ended the way it did (it involves the kind of knife used to cut off the tops of tender coconuts), nor do we understand why Shibani Barua in Ekalavya does not call out Pandit Deenbandhu Misra for his most un-guru-like behaviour. Is this helplessness, or just a simple fact of people being terrible?

For having a local thief was a marker of the affluence of the town itself. Those neighbouring villages and little townlets that did not have a known thief were looked upon with pity by the people of Rupohi. Poor things! They were not deemed to be prosperous enough to support a thief, somebody who could proudly sport his own designation of Sur.

Even more frustrating is the women’s lack of agency in the stories from A Full Night’s Thievery. In Annapurna, we don’t even learn the narrator’s name, only that she is referred to as Bowari, or daughter-in-law. Bowari is happy and secure in her position as the Annapurna of the household – unlike the wives in The Reckoning and Jogeshwari who do something about their situations, only to suffer horribly in ways completely outside their control. In The Homecoming, the only woman who seems to want to do anything about the marital abuse taking place is a domestic worker, who is powerless to do anything her employers don’t want her to. Many of Phukan’s stories are about women, and cast a gendered lens on their subject matter – but this always stops short of according them any power or agency.

This somewhat dilutes the power of A Full Night’s Thievery and its stories about human frailties, in while it truly portrays the reality of life, and perhaps, Assamese life and women.

All in all, these are a set of stories rich with detail, and filled with deep explorations of the characters’ mental states, but a collection that left me feeling a little short-changed all the same.

Unbidden, a picture that I had seen in the maestro’s hotel room comes to my mind. The picture of a young boy, a marksman with a bow and arrow, slashing off his right thumb, and placing it reverently as guru-dakshina at the feet of the man who had not even been aware that he was the boy’s teacher. 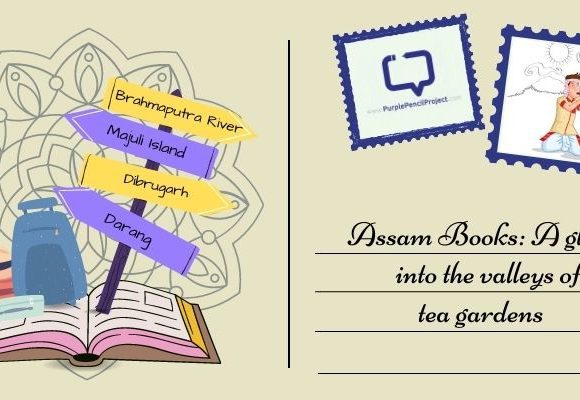 Assam Books: A glimpse into the valleys of tea gardens