The Face at the Window by Kira.. 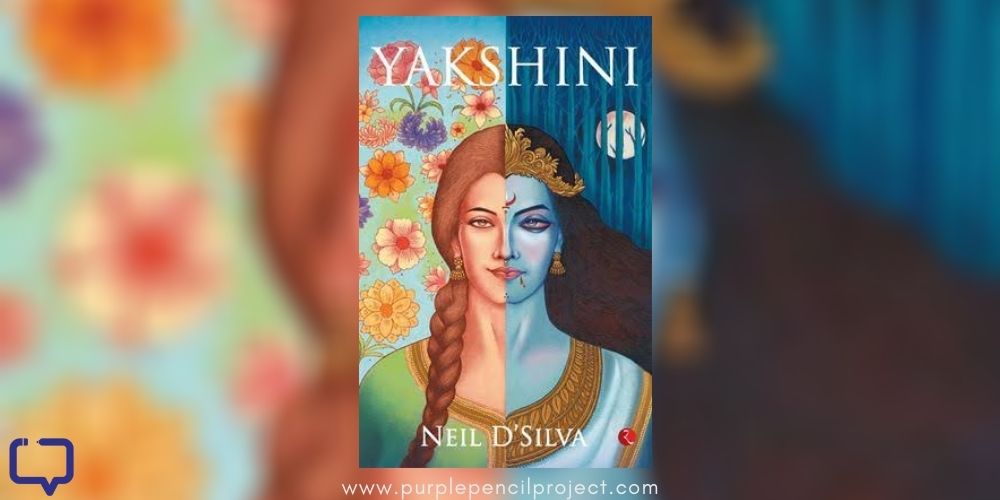 There is something so heartbreaking about the frailty of human lives and Neil D’Silva’s Yakshini weaves together a tragic tale of what happens when two intertwined destinies embark on a perilous path.

The plot is centered around a young village girl, Meenakshi and how her path is charted by celestial beings even before she’s born. It explores the dichotomies of womanhood and love, in the course of Meenakshi’s life. And through the character of the Yakshini, D’Silva perpetuates the idea of a warrior woman who does not succumb to victim-blaming even in the face of social pressures.

India has always been a land of magic and mysticism and even as the cities burgeon with modern thought, there continue to be pockets of rural areas that base their cultural mores on myths and superstitions. When strange things begin to happen in the village and two local boys disappear, all scrutiny lands on Meenakshi and her family. Suddenly her changes are seen with much suspicion across her village and there are talks about her being a witch or a seductress. She is accused of seducing the men in town, even when she is the one who is subjected to their lewd stares and objectification even before she’s of age.

Instead of reflecting on the actions of a society that hurts its own women, they blame superstitions and reach Meenakshi’s home with torches and a mob that’s intent on holding her accountable for ‘her actions.’

Men who sin and women who are labelled sinners

Societies often rob women, victims of sexual assault, of their dignity by engaging in victim blaming behaviour. The Yakshini that lives under Meenakshi’s skin, is antithetical to such a society. She defends herself and thus Meenakshi, refusing to let herself be reduced to a victim.

But the tragedy of Meenakshi’s story lies in the fact, that despite the Yakshini she still ends up the victim – to deceit, to the pressures of those around her and most tragically, to love.

Meenakshi’s relationship with Harikumar is slow to simmer but there is an innate beauty in D’Silva’s portrayal of their dynamic. There is childlike innocence about their interactions, she with her nervousness and naivete and he with his adoration. Both persevere to protect their love, and as a reader I was rooting for the them until the very end.

The unconditional love of families

Meenakshi’s parents’ love for her knows no bounds. They strive to protect her even in the face of much danger from those around them. Unlike many people in their village, they strive to provide their daughters education and suitable matches when it is time.

They only agree to a match with Harikumar when they see no way to protect her. When push comes to shove, it isn’t romantic love that revives her humanity, it is only the thought of her mother that draws her back from her trance.

Yakshini makes for an interesting horror read, with a number of dramatic events that keep the reader on their toes. But its beauty lies in D’Silva’s ability to immerse nature into his words, and my favourite quote from the book was,