Ripples Across Time: The Life of Girish Karnad

Ripples Across Time: The Life of Girish Karnad 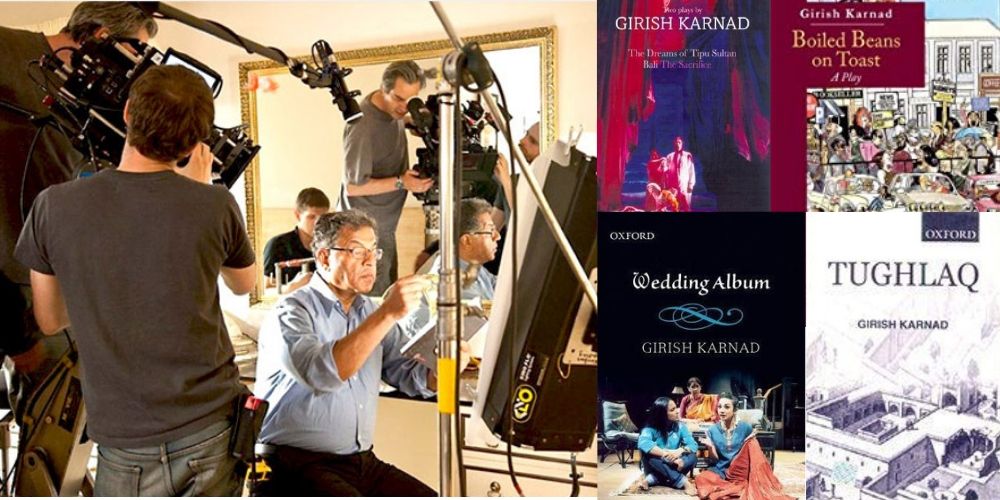 Girish Karnad was one of India’s most celebrated playwrights. Unapologetically outspoken, he often drew the ire of fundamentalists — making him one of the most controversial writers in Indian history. His sad demise marks the end of a significant chapter of Indian theatre and cinema.

Born in Matheran in 1938, he moved to Karnataka, where he grew up on a steady diet of local theatre. His early fascination with the local theatre groups and Yakshagana practically guaranteed his participation in the art forms he so loved. In 1961, he made his debut as a playwright.

From the get-go, Karnad proved himself to be a valued member of the theatre community. His works in Kannada and Tamil marked the “coming of age” of Tamil and Kannada theatre. He also worked actively in movies and had several of his plays translated into other languages. The various translations of his plays would go on to win critical acclaim on a worldwide platform, even gaining him a Jnanpith Award in 1998 – the highest literary honour conferred in India.

His plays drew lavish amounts of praise due to the unique blend of mythology, folklore and reality that characterised them. He wove his stories through the eyes of the common man, allowing his audience to view history through a different lens. The Dreams of Tipu Sultan, for example, followed the last days of the reign of Tipu Sultan through the eyes of an Indian court historian and a British oriental scholar. Another one of his classics, Taledanda, showcased the rebirth of the Lingayatism movement in 12th century Karnataka, wherein the progressive movement that sought to eliminate social inequalities was abruptly plunged into chaos and anarchy following the backlash against a Brahmin–low caste marriage.

Master of many trades

The fondness with which Karnad is remembered is not only due to his brilliance in writing. A celebrated actor, he made a name for himself in several regional cinema industries over the course of his nearly four–decade-long acting career. He made his big debut as the devout Brahmin Praneshacharya in the 1970 Kannada film Samskara. He even made quite a splash in Hindi cinema through his roles in films like Iqbal and Ek Tha Tiger.

Karnad also spent much of his life lending his voice to social issues, instead of choosing the more neutral route his colleagues preferred. Proudly declaring himself an “Urban Naxal” and (in)famously calling Hema Malini a “daddi” (Kannada word for dimwit) are just some of the colourful examples of his activism.

On screen, he was a ruthless soccer coach, a conservative father, and much more. Off screen he was a creative thinker, a philosopher, and an outspoken artist. Having made waves his whole career, the daring writer breathed his last on Monday, 10th June, 2019, creating one last ripple across the fabric of Indian art and culture.