The Moving Shadow translated b..

The Corridor Whispers by Sonal Chaturvedi

The Corridor Whispers by Sonal Chaturvedi 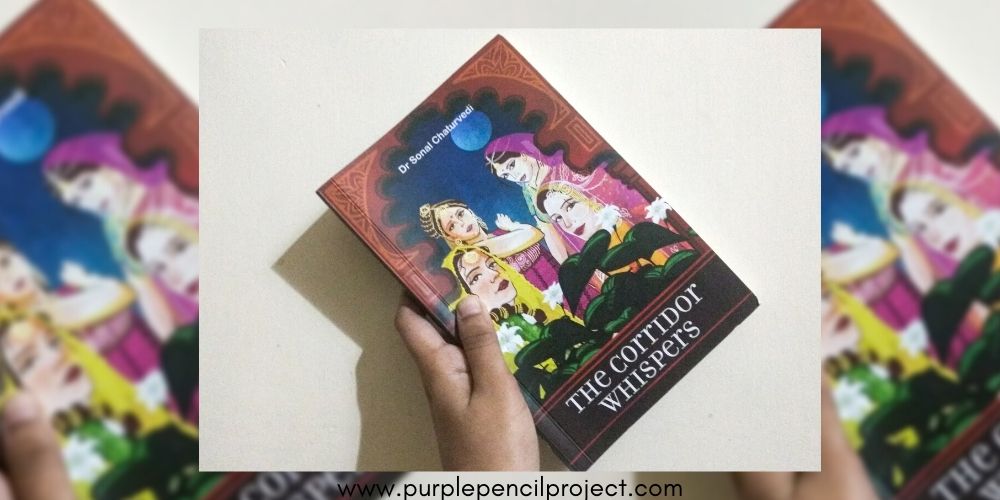 Sonal Chaturvedi’s The Corridor Whispers is an ambitious project. It sets out to tell the disparate stories of four women – Rabia-ud-Daurani, Nalayani, Quidisiya Begum and Roshanara- ruling “in the veil or on from the throne”; women who must fight to make a place for themselves in the patriarchal order of things, and who are perhaps not well-remembered by myth or history.

Each chapter name is a couplet, and while the concept is interesting, they don’t read very well. The poems that open each section are uninspired and don’t seem to justify the stories that follow. A better technique for the chapter titles (and poems, perhaps) might have been to take choice lines or passages from the Mahabharata (as in Nalayani) and from Mughal treatises or historical texts dealing with that era. Even extracts from works of Persian, Urdu, or Arabic female poets or South Asian women poets in general would have been a better idea.

Nalayani’s story is the only one that is taken from the Mahabharata while the other three are historical figures who lived in the Mughal era, which makes the collection rather disjointed.

There are a handful of strong descriptions of palaces and gardens but otherwise the writing is mediocre. It is hard to ignore errors in prose and the dialogue is sometimes stilted. High-flown, lofty prose is sometimes matched by colloquial dialogue. The end result lacks cohesion and consistency.

For all four of the women, the stories span at least several decades of their lives, which is why Chaturvedi is unable to develop any particular moment in time to its fullest. We leap through these stories in a haphazard way, shutting down any chance of being invested in the narrative. Conversations appear out of nowhere, without scenes being properly set, or locations being described.

The novel is about women who have so far been footnotes in history or mythology, but the pace and structure of The Corridor Whispers is such that they do not read as distinct characters. They lack individual voice.

Often, their chapters are interspersed with random perspectives from the men in their lives – their husbands or fathers. The novel doesn’t seem to be particularly interested in nuance. The women are all represented as beautiful, attractive, and desirable. They come across as entirely interchangeable.

As these women deal with events in their lives – marriage, children, court politics – we do not really see them emerge as people with discernible characteristics. The narrative allows no room for it.

In Nalayani’s chapter, the only story that is not set in a Mughal court, Chaturvedi makes virtually no changes. We read the story as we know it; a woman is granted a wish by her husband for her dutiful service as a wife, and she becomes overwhelmed by the pleasures of the corporeal. Seeking to return to his spiritual life, her husband abandons her. She craves intimacy but turns to a life of prayer, and is blessed by Lord Rudra for her devotion. He tells her she will return as Draupadi, and will be married to five men.

The story remains largely unchanged, and the virginity clause that Nalayani demands remains as it is, which could be seen as rather questionable for a 21st century reworking. There is a great deal of scope to examine female desire as repellent to society, or to examine Nalayani as a character who goes from an overly-dutiful wife to a woman who is willing to embrace her desire and makes it her only reason to live. It could have made a fascinating character study, but The Corridor Whispers does little with the potential.

Two of the better stories in the collection revolve around Quidisiya Begum and Roshanara; because in each, the political machinations, while not nuanced, are still explored.

In Quidisiya Begum, we see how a poor girl from the slums of Lucknow was sold into a brothel where she was raised as a courtesan. Through her shrewdness, she advances in court and ultimately marries the Mughal Emperor.

In Roshanara, Jahanara’s sister talks about the power struggle between the two sisters, and between Dara and Aurangzeb. There was opportunity here to note a woman’s rise to power (since Roshanara did benefit from siding with Aurangzeb, for some time), and how Roshanara became steadily more aggressive, but the author fails to take advantage of the opportunity.

While the concept of the novel is to be admired, the execution leaves a lot to be desired, and the book could have benefitted from a good editor. The text is riddled with grammatical errors, typos, and even spelling mistakes. Articles are often dropped where they’re necessary, and sentences are unpolished and phrased clumsily. The tense switches and unjustified changes in points of view are frequent. All this makes for a very disruptive reading experience.

Historical inconsistencies aside, we do not really get any clue of how these women think or feel. Rare nuances of character that are introduced are not revisited later. For these women, their characters are missing from the page, even though the stories ostensibly deal with them. The Corridor Whispers is a book, at best, that could have been.

Final Verdict: 1/5. Read it or no, it does not make a difference.

Lakshmi Mitra is a postgraduate student living in Kolkata. Her reviews have appeared in The Rumpus and The Wrangler.