In Conversation With: Malay Ch.. 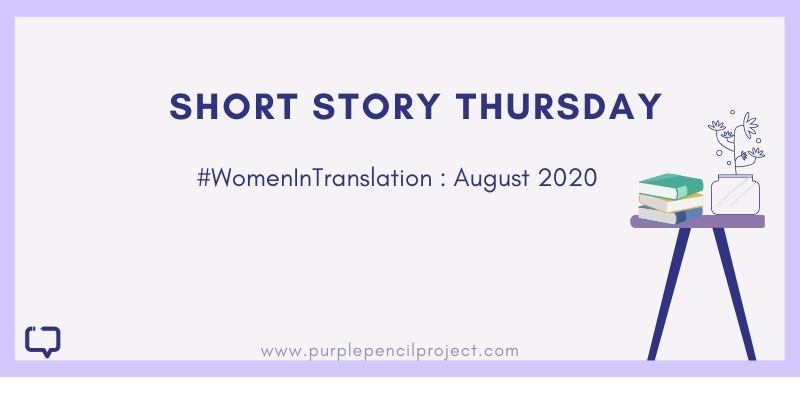 Short Story Thursday is a weekly series dedicated to highlighting the short-stories from Indian literature. In August, we focused on the theme of #WomenInTranslation.

First up on our #ShortStoryThursday, was ‘Lihaaf’ (The Quilt).
Originally written in Urdu by Ismat Chughtai, and translated by M. Asaduddin, ‘Lihaaf’ is one of the most powerful works not just of Chugtai but also Indian and Urdu literature at large, highlighting same-sex relationships as witnessed by a child. Her ability to interweave themes of class, gender and sexuality was ahead of its times.

Chugtai was known for reflecting on women’s desires across her body of work, often having to fight lengthy legal battles for the same. A must read for those looking at queer Indian stories, feminist stories, and more. The story can be read here.

In second week’s edition of #ShortStoryThursday, we have a very poignant story that still stands relevant, Draupadi. It was written originally by Mahasweta Devi in Bengali and translated in English by Gayatri Chakravorty Spivak.

Through Draupadi, Mahasweta Devi explores not just the events of state violence but the acts of courage put forth by the subaltern through the story of Dopdi Mejhen, a tribal woman ‘encountered’ by state Special Forces. The narrative doesn’t mince words: Dopdi’s rape and torture is portrayed in stark, naked detail.

A must read for those interested in feminist stories and Mahasweta Devi’s work. You can read it in the collection ‘Breast Stories‘, translated to English by Gayatri Chakravorty Spivak or on this link.

In our third edition of ##ShortStoryThursday, the team at Purple Pencil Project recommends the short story ‘Arunima’s Motherland’, in which a new bride discovers her brother-in-law is part of an insurgent group. Through the tale, we read about the darkest chapter of Assam’s political history called the ‘secret killings’ “. It is from the collection ‘Written in Tears‘ that has been reviewed by Savitha Vaidyanathan

Head to the link above to read the review of ‘Written in Tears’, written by Arupa Patangia Kalita in Assamese, and translated to English by Ranjita Biswas.