A Mahar speaks: Daya Pawar's B..

All about Mumbai city in this collection of plays ... 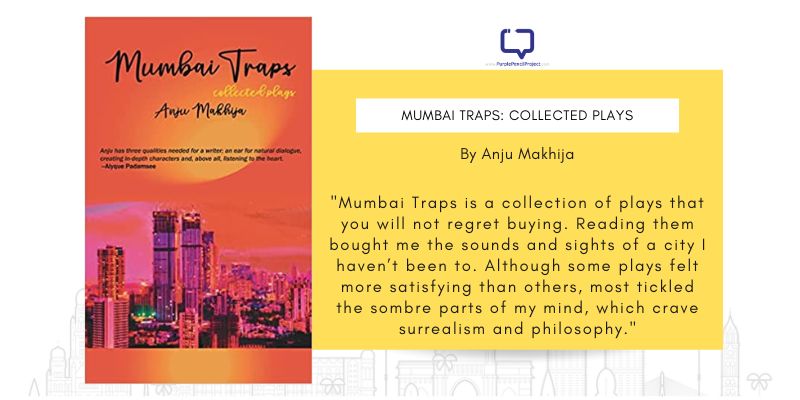 Mumbai – the city of dreams, glitz and glamour, with a boiling cauldron of intense passion, be it political, religious or personal. Among the chaos of trains that ferry people from one end to the other, stars are born, live briefly, and die (or live eternally in our memories). Here, a silently turning wheel is in motion, against the class, caste and gender divide. Some call it luck. Some others call it the fate and fortune. Perhaps it is the presence of the divine in a city teeming with mortal emotions. Or perhaps they are simply, traps of time. Here are six plays, deeply intertwined with the nerves of Mumbai city, and its traps.

Mumbai holds us all together

Makhija’s plays on Mumbai city flow effortlessly. You are immediately pulled into the problem that forms the crux of each story. In some, you wonder if the stars will turn to upend class structures, in others, you are mesmerised by the divine temptations to turn human. In still others, chance and choices play a tug of war, against the backdrop of the city.

The playwright adds elements that fortify the settings in each narrative. There are Sikh prayer kirtans in If Wishes were Horses and specific songs written with Sufi elements for the musical, Off The Hook. The sounds of train announcements in The Last Train, and the smells of fish for Off the Hook, bring these plays to life. There are literary allusions to Oscar Wilde and Shakespeare, even Waiting for Godot, and The Vagina Monologues. In Meeting with Lord Yama, and Off the Hook, the dialogues flow in prose poetry, offering a rhythm to the confusion within the play.

Makhija contextualises the narratives within today’s tumultuous times through clever references to current affairs. They range from incidents of unrest (Babri Masjid, Mumbai Blasts), and politics (Trump, Modi) to business and money (Ambani, Adani). In a play set within the film capital of India, it is inevitable for references to Bollywood, and its stars to make appearances in the dialogues. You hear of Shah Rukh Khan, Dileep Kumar, and even our contemporaries – Ranveer Singh and Varun Dhawan. Some of them address contemporary experiences of the pandemic (Corona) and climate change.

Perhaps this zeitgeist fashions the surreal scapes in some of these plays. In one of them, Lord Yama addresses a wrought woman who has witnessed her beloved in the arms of another. In Now She Says She’s God, a young writer has deep conversations with the divine in the human garb of a “modern” woman. In Off the Hook, a Puffer fish is transformed into human form (albeit emanating a fishy odour).

The protagonists of these plays are trapped in displacements either by chance, fate or by divine intervention. This creates an atmosphere of the absurd. These displacements make them question existence and destiny, even their role in life / among the living, in making the right decision. A dialogue with existential dilemmas – triggered by love, by the frustration of the monotonous every day or by a twist of fate is part of all these plays.

Sometimes the women characters are bounded by their interactions with men. To a reader, that the men have to lead women forward in many stories feels limiting. However, Makhija weaves the story such that these characters embody social positions across boundaries of caste and class, even fighting the social structures that attempt to put them in place. Ganga, a Koli fisherwoman in Off the Hook, Chandra, the domestic worker in the first play, and Vidya from Cold Gold embody these women, larger than the lives they encounter.

The protagonists of each story reflect the greedy hustles that Mumbai city creates out of its humans. Or they are caught in existential wonderings within the surreal scapes – Cyrus, the writer who has questions to the Divine, Brinda, the teacher who speaks to Yama, or Toochy the fish who turns into a man and seeks meaning through life within human society. The reader is invited to question her role in the larger scheme of things, in a human world coloured by shades of grey.

No matter what the story and form of each piece, there is a deep understanding that the nature of the city births these stories. Without Mumbai city, there would be no sudden train stops caused by the murder of a politician as in The Last Train, and no wills bequeathing a rich house to a domestic worker as in If Wishes Were Horses. No women would be attempting to change their fates as in Cold Gold. And there would certainly be no premise of intimate interactions between the divine and the mortal as in Now She Says She’s God, Off the Hook and Meeting with Lord Yama.

Some of them evoke the smells and sounds of Mumbai city, and the language and voice of its inhabitants – English, Hindi, Hinglish (but a dearth of Marathi). In yet others, the city is a footnote of longing and chances renewed. There are actresses of bygone eras, crooks and thieves, journalists and bankers, and even writers and businessmen who, in their ways, pay homage to the city circumstances that script their stories.

Deliberating Dialogues make for some of the best quotes

“We should all be like Gloria Steinberg – I wish I was more like her. She once said, “A woman needs a man, like a fish needs a bicycle.”

Cyrus in Now She Says She’s God: “Everyone looks for a ‘tingly’ kind of happiness”

As you re-enter life, remember

you’re part of the whole.

Touchy in Off the Hook: “Sometimes, I think my life has meaning.”

Mumbai Traps is a collection of plays that you will not regret buying. Reading them bought me the sounds and sights of Mumbai city, which I haven’t been to. Although some plays felt more satisfying than others, most tickled the sombre parts of my mind, which crave surrealism and philosophy. Until you catch the production of these plays, the next best thing is to indulge in reading them. Through the carefully crafted details, you enjoy the eccentricities of “Maximum City” Mumbai, and the lives of its people. 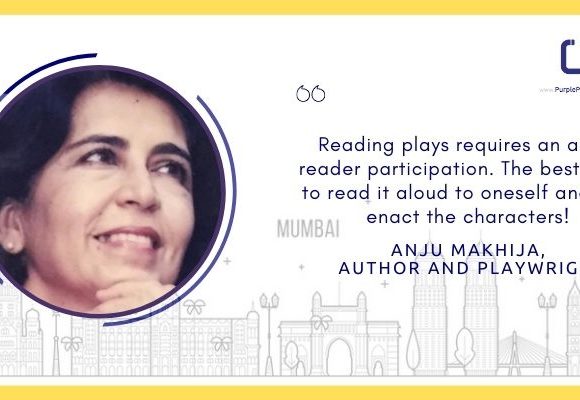 Capturing the essence of Mumbai city with Anju Makhija 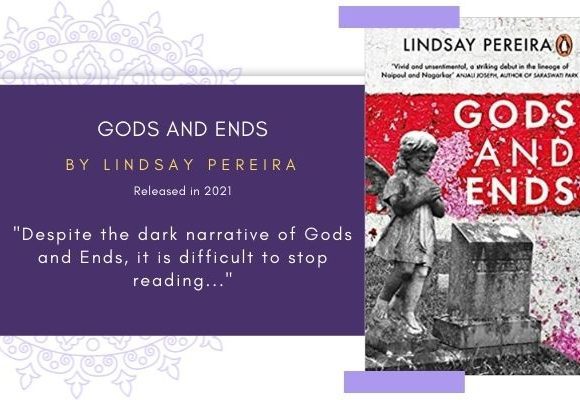 Anju Makhija is a Sahitya Akademi award-winning poet, playwright & translator. She is author of several books: Seeking the Beloved, a co-translation of the 16th century Sufi poet, Shah Abdul Latif; Pickling Season, View from the Web, Poems Grow with You; The Last Train & other plays. She has also co-edited a 3-volume series of Indo-English drama & anthologies related to partition, women & young readers. Anju’s plays have been staged in India & abroad. Her awards include: the BBC World Poetry Prize (’02) & the Sahitya Akademi in English Translator Prize (’11). She was on the English Advisory Board of the Sahitya Akademi for 5 years & is the co-founder of the Pondicherry/Auroville Poetry Festival. Currently she lives in Mumbai.

Other Works:
Seeking the Beloved
Pickling Season
View from the Web
Poems Grow with You
The Last Train