The Automobile Club of Egypt by Alaa Al Aswany, tr...

The Automobile Club of Egypt by Alaa Al Aswany, translated by Russell Harris 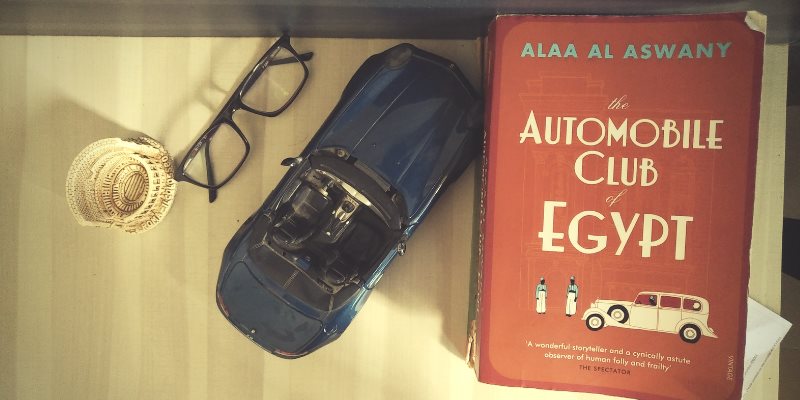 I am always looking to read more of literature in translation, which is why when the generous Vivek Tejuja gave me The Automobile Club of Egypt (2013) by Alaa Al Aswany (translated to English by Russell Harris in 2015), I was thrilled. It’s a big book, two centimetres longer and wider than your average book size of 20 x 13 cm. Not easy to lug around in Mumbai locals. It is a book you dedicate time and space to, which is one of the reasons it took me nearly two months to complete it.

The muted red cover, with a minimalistic design of the actual, renovated, Automobile Club, is alluring and immediately promises of a deep-dive into history, politics, and a land unknown.

The book begins thrice. First, in the prologue. Here is an author who has taken some time off to work on a novel in a secluded hotel where he is visited by two characters from his book – Kamel Abd el-Aziz Gaafar and his sister Saleha. This could be Al Aswany himself; perhaps a little anecdote or fantasy he himself went through. They ask him to rewrite the story the way they want it.

The second beginning is in the first three chapters, dedicated to how the automobile came to be; in short a short biography of Karl Benz. This places the actual story in a historic time. It tells us how the invention travelled abroad, and came to Egypt in 1905, and how, the Royal Automobile Club officially opened in 1924, with King Fuad as its patron. It’s an important piece of information, as it establishes how the rules of the Club came to be and how its racist foundations were laid, but it’s also unnecessarily elaborate.

Meanwhile, the real story begins; Ruqayya, her husband Abd el-Aziz Gaafar, their children Said, Mahmud, Kamel and Saleha live in Upper Egypt, a wealthy family beloved by all. Misfortune befalls and they have to find work in Cairo. Abd el-Aziz works hard to provide for his children. Praise be to God, he did what he could but supporting four children, their school fees and other requirements is never easy, as any middle-class person would know. In an orthodoxy as Egypt was then, a woman could not work to make the necessary piastres.

The story is narrated alternatively in third person, and from the points of view of Saleha and Kamel. It’s a typical struggle; the children go to school, some are bright like Kamel and Saleha and some not, like Said and Mahmud. There is often not enough money to pay for things like new shoes or school fees, but they get by.

Abd el-Aziz works in the storeroom of the Automobile Club, whose rules are strict, whose workers live under constant fear of being punished by Alku, the head chamberlain of the Abdin Palace who had been around during the king childhood, and saw his succeed the throne in 1936. (The king is not named, but modeled after Farouk I). Alku is walking terror, and maintains a tight control on everything at the palace, instilling such extreme fear that no one dare complain.

Life moves. Kamel joins the rebellion against the British, organised by the Wafd party. Said is in love with Fayeqa, his neighbour’s daughter. Mahmud is busy eating and spending his life bunking school with Fawzy, Fayeqa’s brother. Saleha is studying hard. Then tragedy befalls, as Abd el-Aziz dies, literally of humiliation at the hands of Alku. When Ruqayya or Umm Said (mother of Said), goes to James Wright, the Club’s English manager, to demand pension, she is refused. Instead, Kamel and Mahmud are given jobs at the Club.

This incident is the beginning of a resistance that will follow as the book progresses, led by Kamel and Abdoun, both members of the larger movement to overthrow the British and to expose the King’s true colours, as womaniser, sympathiser of the English and alcoholic. We follow the family’s lives  in excruciating detail, and the people who enter it; Ruqayya’s problems with her daughter-in-law Fayeqa, Fayeqa’s own role as the traditional wife who ruled the household and her husband’s life, Mahmud’s affairs with older women and his own sexual explorations, Saleha’s abusive marriage and subsequent divorce. Kamel’s role as Arabic teacher to Mitsy, Wright’s daughter and his eventual love interest. We also meet to some detail members of the Automobile Club. Everything detail exposes one thing – the poverty and exploitation of the Egyptians at the hands of the British and the Palace.

For a long while you will keep wondering where the story is going. The answers lie in the final few chapters, as the members of the rebellion are arrested by state security, as the temporary freedom and chaos that ruled the Automobile Club gives way to the comfortable terror of before. And the book ends with an important, symbolic event that marks change, in its true sense.

Culturally, it’s a rich book. Literature has often been Eurocentric, or nation-centric. As an Indian, you either read about pantsuits or sarees. But here there was a galabiyya. You would otherwise read about butter chicken, eggs and toast or marmalade and pancakes; here there is kushari, pigeon stuffed with crushed wheat, mulukhiya with rabbit. You also find the cultural and aspirational symbols of 1950s Egypt; Lucky Strikes cigarettes, Ronson lighters, Persol sunglasses or a Lambretta two-wheeler. Your icons are Anwar Wagdi and Farid al-Atrash.

Harris’s translation is good, but I thought it failed to capture some phrases, directly using the closest English equivalent. While he kept the French phrases verbatim and without explanation, there was not a word of Arabic when Mitsy is learning it from Kamel and using it in conversation.

It’s book that explores important themes; from the misogyny of the men to the ingrained racism of the British and elites of Egypt. Through Aisha, Fayeqa’s mother, you read about a women’s sexual liberation, and in Saleha’s marriage, marital abuse is laid bare. Yet, it is long-stretched and somewhat repetitive. It serves its purpose of inciting anger, but also of boring you, because the scenes don’t all feel like a natural progression to a conclusive end.

This is perhaps how the intermediate periods of rebellions are; filled with daily struggles and fights, filled with a million individual efforts that somehow, in some moment, come together as part of a whole. It then, is an ode to the smaller, less celebrated efforts that win revolutions. And for that, you must read it. Read it to celebrate the fighting spirit, read it to read diversely.

Favourite, among many, moment in the book: After the Gaafar family has lost Abd el-Aziz, there is a chapter from Saleh’s point of view. It opens like this.

It seemed like the angel of death was hovering above our building. I felt a strange sense of foreboding about my mother. I trembled whenever I imagined that I might suddenly lose her like I had lost my father. I would wake up in the middle of the night and go to check on her. I would walk over to her in the dark as she was sleeping, holding my finger just below her nostrils to see that she was still breathing.

Recommended Age Group: 18 and above. For students of history, international relations, philosophy and political science, gender studies and anyone interested in revolts and revolutions.

Final Verdict:  ?? ?– Make a purchase. Maybe an online purchase, or a kindle purchase. But buy it, encourage it. If you are buying online, here is a link. 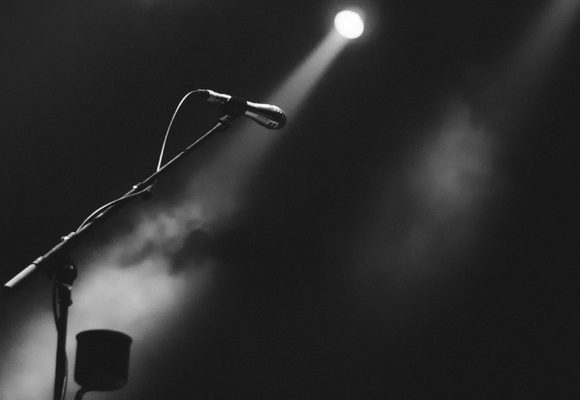 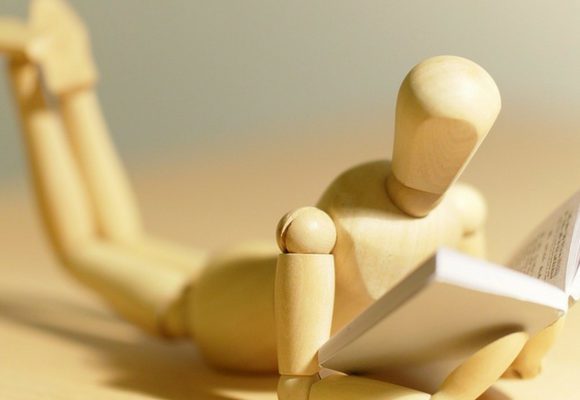 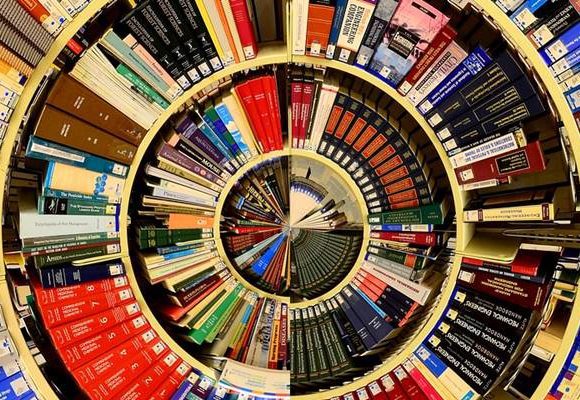 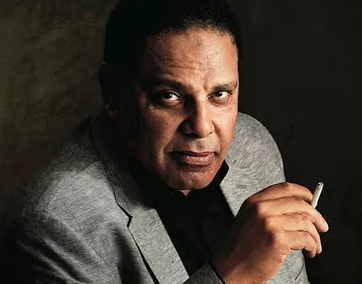 Dentist, journalist and author from Cairo.

Other Works:
The Yacoubian Building (2002)