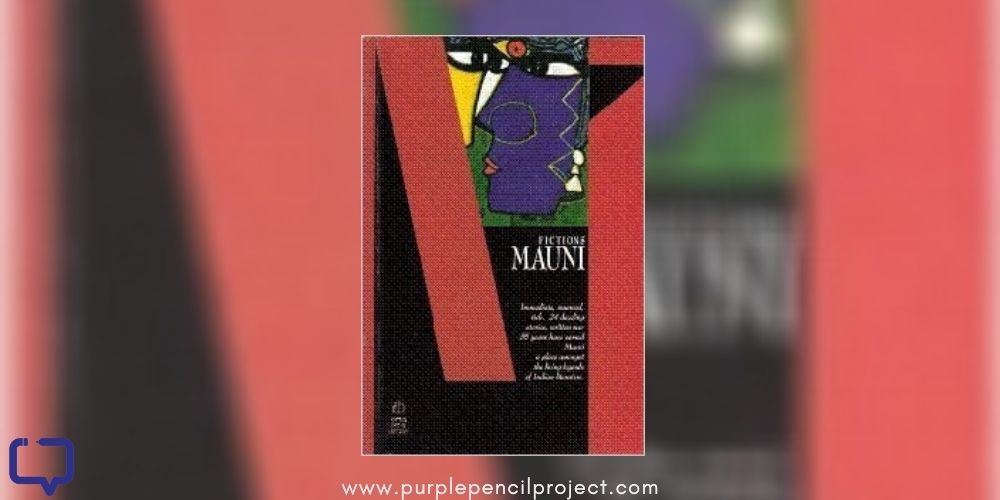 Translated and Edited from the Tamil by Lakshmi Holmstrom

Mauni, the pen-name of S. Mani, is a pioneer in the short story scene of Tamil literature. With just 24 short stories to his name, written between 1936 to 1971, he still stands as one of the undisputed master of Tamil short stories. 15 of his 24 short stories were published by 1938 in a Tamil magazine titled Manikkodi. Geeta Dharmarajan’s preface in the book is about her resolve to resurrect Mauni to the world. She is successful with the help of sensitive selection and translation of 11 of his best stories by Lakshmi Holmstrom.

Most of S. Mani’s stories are based on the uncertainty of human life and relationships. The theme is mostly love; between a man and a woman, that is not stereotypical but pervades through different human emotions, beyond sexual appeal. Nothing really happens by way of plot in his stories. He takes a situation and breaks it into its emotional state with a philosophical undertone. The first story ‘Transformation‘ is a remarkable study on the experience of loss. A man stands at the doorway of his house, having spent the night alone with his lifeless wife, looking for mourners to arrive. The story deals with the man’s gradual acceptance to his wife’s death and grief.

“Do I change my destiny when I write about it? No, what I write is my destiny.”

In Mauni’s work, there is often no name to the narrator or hero. Simply referred as “He”, the descriptions go beyond the physical features to represent feelings, emotions and inner thoughts of his characters. They wander in a space between the real and dream world.

In ‘Dream Fort’ Sekaran believes that, after his friend’s death, he is the living expression of his friend’s dreams. Jones and Sundaram speak of the dreams that endure even after people die in ‘The Umbrella’s Shelter’.

Mauni paints these feelings and emotions through imagery and description of other objects in the scene. For instance, he personifies yaali1, pillars and idols in ‘Undying Flame’, in which a young man’s declaration of love to a girl in a low whisper is heard by everything presiding the temple complex. The sculpted figures respond with a grimace and open their eyes in astonishment thus creating an other-worldly atmosphere.

While Mauni’s initial stories were about agony from relationships and loss, his later stories were much more intricate. His last stories ‘Wasteland’ and ‘Error’ present recurrence of characters so the reader is never sure whether these are two different individuals or reflection of one’s own self. This notion of self is captured in the repeated motif of journey by symbolizing railway station in ‘Error’:

“Any railway station gives an impression of singular desolation. Both in its moments of emptiness, and when it is crowded, it is only a temporary stopping place for travelers on the railway. This huge junction, though, is a terminus: people set out on complex journeys in all directions, and return, some time later. It is here that people come together from all directions, it is here that they depart. It is here that people leave behind their characters and details of their past natures. It is a place where transformations happen, sometimes in error. Yet, this focal point, which is both a beginning and an end, is also a place of pilgrimage, containing within itself the noise, the crowds, the agitation, even as it rises above all this to an enigmatic silence.”

The most important technique in literary creativity as per Mauni’s own words:

“When what we are saying and how we are saying it take form together – that alone is literature. If we lose one, we lose both, and neither form nor content can be literature on their own.”

The form of his stories is one of the main reasons for his success. He writes meticulously with a great artistic touch that revolutionized Tamil writing at that time. In this book, this is very effectively captured by Lakshmi’s flawless translation. Infact, it is very difficult to comprend Mauni’s stories in the first reading because of its structure and narration. Repeated readings are necessary to fully appreciate his work.

On the other hand, the themes in the story gets a tad repetitive, his characters lack social identities hence the stories lack social concern.

Within the confined space of relationships between men and women, Mauni portrays women in a variety of roles – unmarried girl, wife, modern urban call-girl and the devadasi2. Though few are in a traditional domestic setting, others are outside the customary familial roles.

Given the fact that his stories lack any social statement, the sensitive representation of women especially one that of their inner turmoil is definitely unusual for the time he wrote in. Gauri, the housewife in ‘From Death, Creation’, is found negotiating her independence from the petty egotistic needs of two men travelling with her. ‘Kinships, Bonds and Affections’ talks about the need for emotional and spiritual independence of devadasi women.

In a diverse country like India with so many languages, translations like these are of vital importance. It provides a window to the rich cultural heritage of our country. Thanks to Katha Books for bringing the forgotten giants of regional literature, back in the limelight. Recommended if you like short stories and wish to explore underrated voices from Indian regional literature.