Pakistan, growing up: The Whispering Chinar by Ali...

Being a translator, researcher..

Pakistan, growing up: The Whispering Chinar by Ali Rohila 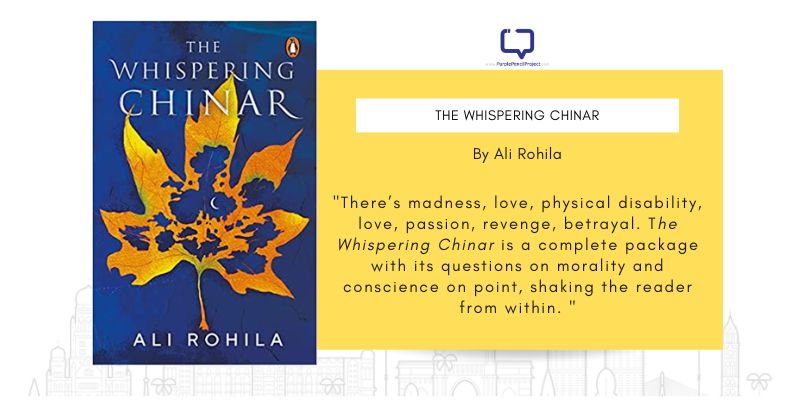 Ali Rohila, a writer and banker from Pakistan, comes out with his second book.

The Whispering Chinar is a collection of 11 short stories set in or connected to the village of Charbagh in Pakistan. The titular story introduces the family of Khan Sahib living in an old mansion in the village. They have a Chinar Tree in the front yard. The legend has it that the Chinar Tree observes everything happening around it and if listened to carefully, one can hear the Chinar whisper as a response to the happenings in the family as well as the village.

Stories in The Whispering Chinar mark the transition of the people of Charbagh from village to city life, from tradition to modernity, from patriarchy to exertion of female agency, and from following the path of Allah to the corruption by Imams. They build the characters with the finest details, set up the stage for action, and end with a sudden bolt of shock that the reader doesn’t see coming. Rohila’s characters are many, some recur in the stories, all mushroom from the Khan family in the village in one way or another, and no matter where they go, their fates seem to be sealed with Charbagh, Pakistan.

It’s all about the people

Ali Rohila’s short stories in The Whispering Chair are character-driven. The transition from tradition to modernity is described majorly in the representation of women in the stories. From being unable to choose one’s husband and being bound by her family members into a forced marriage to being able to work in a corporate office, and being able to choose their life partners, the change in the power of women is clearly seen. However, one cannot deny that patriarchy still holds them in shackles in the form of gossip and social perception by the older generation.

There are tales of love, mostly unrequited. No matter how modern society becomes there are certain boundaries that even the most open-minded freedom-loving people might find difficult to cross. There are stories of extreme passion met with nonchalance leading to a series of events that makes the readers question the morality that is often upheld by the people following Islam, or any religion for that matter.

There are scenes of the corporate world that leave the reader with the metallic taste of blood on their tongue. The brusque coldness of religious fanaticism is met with the warmth of humanity, trying to establish that irrespective of the abuse of religion by a few corrupt power-hankering imams, there’s still hope for people to wake up and stand with each other.

Rohila’s third-person narration is a commentary on the changing society that somehow continues to remain the same. It’s intense, filled with action. Rationality is met with abuse. Action is based on characters’ egos more than their conscience. The focus on reputation further marks the comments on the society. There’s madness, love, physical disability, love, passion, revenge, betrayal. The Whispering Chinar is a complete package with its questions on morality and conscience on point, shaking the reader from within.

“Sympathy has a short life and gets fatigued easily.”

Ali Rohila is a Pakistani banker. In 2015, he published a collection of essays titled, Read No Evil. Published in 2022, The Whispering Chinar is his first fiction.