Charlie and the Chocolate Fact.. 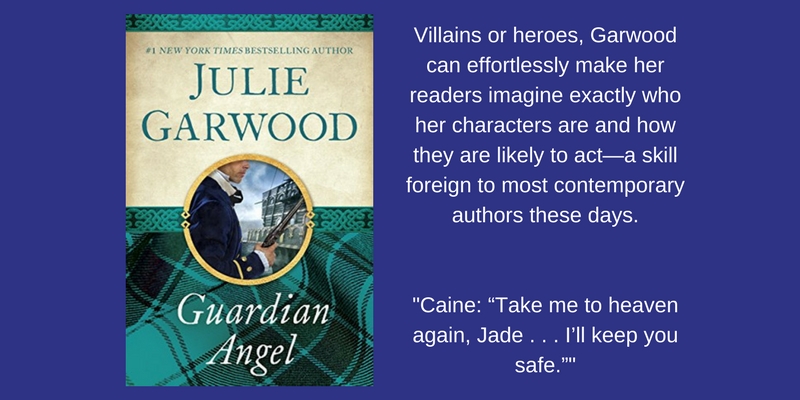 The life of a full-time romance reader is hardly simple. Once you have read as many novels as I have (or, frankly, even a couple dozen fewer), things seriously start to take a turn for the predictable. Nothing shocks you or surprises you and if it does, you clutch your heart harder than the book hoping against hope that it does not turn into a dull affair the second you flip another page.

Set in 1850 London, Guardian Angel begins with the stories of Pagan, a legendary pirate who rules the seas aboard his ship—the Emerald—loots the rich, and feeds the poor. His identity is a mystery and tracking him is physically impossible. Pretty Robin Hood so far, huh? Caine—the Marquess of Cainewood—is determined to trap Pagan when he i s misguided into believing that the notorious pirate is responsible for his brother’s death. Whilst laying one such trap at a tavern named Ne’er Do Well, a certain red-haired beauty named Jade walks up to him clutching thirty pieces of silver and an absolutely comical request – she wants Caine to murder her in exchange for the silver.

Caine—who a handsome, intelligent, logical (please hang on to that word!), and remorseless being—finds it amusing when she explains the reason behind her absurd request and decides to offer her protection instead. Jade, who is timid and moody to say the least, reluctantly agrees. His hunt for Pagan completely left aside, Jade becomes central to the story and suddenly everything is about her. What will happen when Caine finds out that his newfound ward has played an integral part in his brother’s death? Will her forgive her? Will he forget her? Read-on.

The story maintains its pace and keeps you engaged for quite some time, but after 200-odd pages it slows down to a drag. You no longer know what is happening, how it is happening, and, most importantly, why is it happening now. This drag continues for about a hundred or so pages by which you are left to choose one of two options: keep the book down or read on and test the predictions your ‘logical’ mind may have already made thus far.

If you are wondering why I provide the word ‘logical’ with special treatment each time that it appears in this text, the answer lies in the book. The words ‘methodical’ and ‘logical’ are annoyingly consistent and repeated several times to describe Caine to a point where you develop a dislike toward them. Almost every character except Colin and Sterns has an emotional whiplash at some point making the reader cluck and sigh. Guardian Angel reminds you that, just like our love stories, sometimes readers too have a happy-ending. Finally putting down this book after six days of reading was mine.

Positives: Julie Garwood has a penchant for treating her female protagonists in a certain way. The duality provided to Jade’s character requires finesse and it can only come from someone who is as keen and experienced as her. My personal favourite is Sterns, Caine’s butler, whose mere presence is often a rescue from the 150-pages of drudgery . Villains or heroes, Garwood can effortlessly make her readers imagine exactly who her characters are and how they are likely to act—a skill foreign to most contemporary authors these days.

It might be a while before I pick up another book, but I do suppose a change of author is much required. Back to the dusty shelves!

Recommended Age Group: 16 or above because who are we really trying to protect in the gap between 16 and 18?

Final Verdict: ??1/2 – Borrow it, use it as a travel companion.  Or don’t. You won’t miss anything great. You can give this one a skip for The Wedding or Gentle Warrior.