The artists become the muses: ..

Why The Henna Artist deserves to be a New York Tim...

The Stars are His Bones: A pho.. 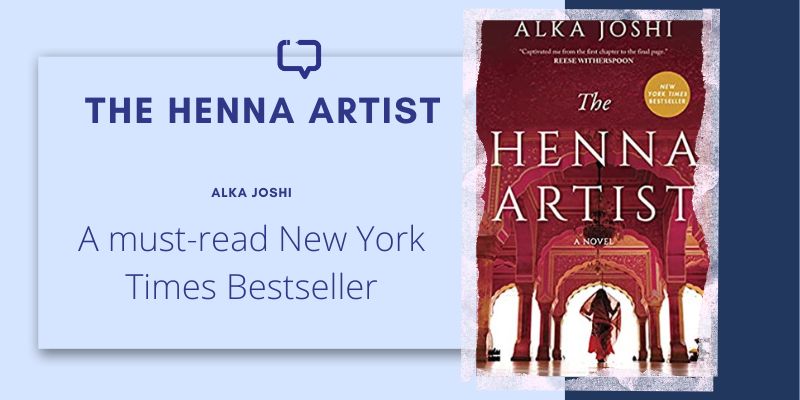 Enter a world of post-Independence Jaipur and royalty, following a young woman’s quest for freedom in this New York Times Bestseller by Alka Joshi.

In the 1950s, a seventeen year old Lakshmi flees an abusive marriage from her rural village, Ajar in Uttar Pradesh. She goes to work in Agra for three years, where the courtesans introduce her to the designs of their native lands—Isfahan, Marrakech, Kabul, Calcutta, Madras and Cairo. Having learnt the healing power of herbs from her mother-in-law, she then goes to Jaipur in Rajasthan, where she aims to carve a life for herself. Here, she establishes herself as a sought-after henna artist among the royal elite and crème de la crème of society.

Through her intricate patterns, she helps women seduce their lecherous men into beds, and those who want a child, end up conceiving. Lakshmi also surreptitiously provides herbal contraceptive sachets to women who want to end unwanted pregnancies, caused particularly due to extramarital affairs. She works hard, becomes independent and even gets her own house—soon becoming the “purveyor of beauty to all of Jaipur”.

At the age of 30, her estranged husband suddenly reappears in her life, and brings along with him Lakshmi’s thirteen year old sister, Radha, whose existence she was unaware of until now. With a naïve Radha, Lakshmi finds a new purpose in life, and tries to give her sister the kind of life she had dreamt of. She begins to groom Radha, who though lively and curious, is untamed in the ways of the world.

Along the course of The Henna Artist, a New York Times bestseller, Lakshmi is betrayed by those who she was loyal to, uncovers the double standards of distinguished men and women, and discovers a world that is fascinating, stark and cruel. Ultimately, she finds her calling in healing people, not so much for personal glory and fame but for inner peace.

A picture of post-Independence Jaipur

This New York Times bestseller is set in the frenetic period following India’s independence period, when Lakshmi is exploring a personal freedom of her own choices in life. While there are free government schools, running water and paved roads, the author notes that the Pink City at this time was more conservative in terms of traditional ideas, people less given to change and more entrenched in the old India—compared to metropolitan cities such as Bombay and New Delhi.

“Since Partition, the pedestrian walkways of the old Pink City streets had become narrower, crowded as they were on both sides with tiny, makeshift shops, sometimes with nothing more than an old sari or canvas cloth tenting them. The old bazar vendors had made room for the Punjabi and Sindhi refugees from West Pakistan to set up stalls that sold everything from spices to bangles. After all, the Jaipuri merchants joked, the Pink City was painted the colour of hospitality for a reason.”

Of Royals and Royalty

The New York Times bestseller also throws some light on the eccentricities of the royalty for whom politics and real estate were two favourite career options. The Maharajas would mostly be broke, having spent all their money on polo ponies, tiger hunts and fancy cars. The Maharaja of Bharatpur is believed to have bought twenty-two Rolls Royces, most of which were used to haul municipal garbage.

When a young and impressionable Radha is impregnated by Ravi Singh, a young seventeen year old royal heir, it opens up a Pandora’s Box of scandals and stories of exploits by arrogant Rajput men. When confronted, Parvati, Ravi’s mother, ironically tells Lakshmi that men cannot control themselves and that it is up to women to stay out of their way.

The caste system prevailed noticeably in those days, and the book makes some notable observations in this regard. Unlike other castes, Brahmin families would prize their daughters, educating them and never raising them as the lesser gender. Though Lakshmi was a Brahmin, she was considered “fallen” within her caste, because she would touch the feet of ladies as she painted their henna. Feet were considered unclean, only to be handled by low-caste Shudras who were normally tasked with building toilets. For centuries, all four Hindu castes married largely within their own group, and marrying outside one’s caste was also considered unthinkable. Further, joint family arrangements and dowries were the norm in marriages.

Overall, this New York Times bestseller is a gripping, well narrated story that keeps the reader hooked till the end. The novel is inspired by Alka Joshi’s mother, Sudha Latika Joshi, who had an arranged marriage at eighteen and three children by the age of twenty-two. Never having the choice to do anything in her life, she wanted for her daughter a life that she herself had been denied. Through the book, the author reimagines her existence as Lakshmi, a henna artist who creates her own life and destiny.

As part of the book’s research, the author travelled several times to Jaipur where she interviewed Rajput families, shopkeepers, teachers at the Maharani Gayatri Devi Girls’ School, Ayurvedic doctors and henna artists. From time to time, the author also intersperses the story with descriptions of a number of local customs and traditions, such as the vibrant Teej festival, which is celebrated every year at the start of the monsoon season. In 2021, the book’s sequel was published, ‘The Secret Keeper of Jaipur’, which moves the story into the future in the year 1967. 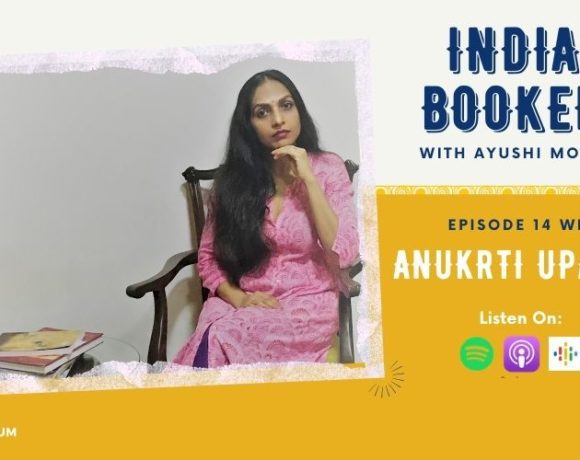