Ripples Across Time: The Life .. 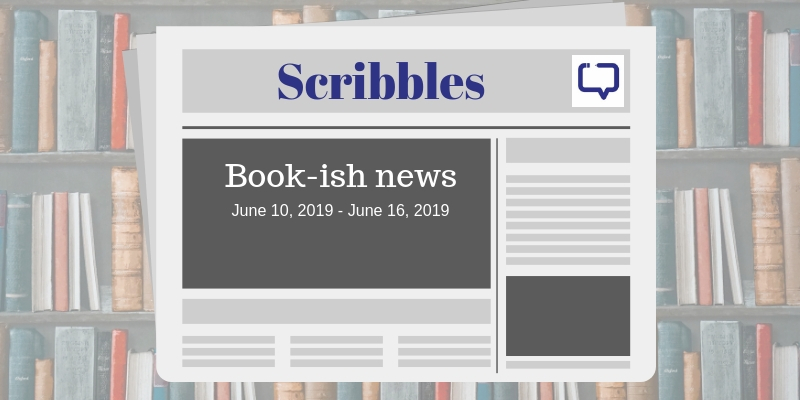 An Indian political book in the prestigious Orwell Prize shortlist.

Alpa Shah’s Nightmarch: Among India’s Revolutionary Guerrillas was shortlisted for the Orwell Prize. The book is about the time that Shah spent with the Naxalites of India who have been engaged in a decades-long battle with the Indian state. The book chronicles her understanding of the perspectives of the underdogs.

Helen Pankhurst, one of the judges opined, “In Nightmarch, Alpa Shah explains the logic behind the Naxalite movement in India through her own encounters with them. She does so beautifully and thoughtfully, in sympathy yet critically, academically yet in the most simple and absorbing of ways.”

A novel initiative to restore reading habits among the children of today, “Class Libraries’ will be introduced in schools in Trivandrum. The scheme will ensure a library in each classroom, functional by August. Each library will be equipped with over 100 books. The initiative has received positive responses from both authors and literature enthusiasts.

Local self-government bodies, students and parents will be encouraged to donate books. ‘Pustaka Vandi’, which collects books will be set with the help of local self-government bodies. One student from each class will be given the post of librarian. Two registers will be maintained in classes for keeping the list of books in circulation. Book reading, discussions and book review meetings will be held at regular intervals.

India to be Guest of Honour at Mexico Book Fair

India has been chosen as the Guest of Honour at the 33rd Feria Internacional del Libro de Guadalajara (Guadalajara International Book Fair), in Mexico. The book fair is to be held from 30th November to 8th December. The Indian pavilion at the fair will host over 35 authors and artists, and 15 publishing houses.

Ancient and rare manuscripts including the “Mahabharata” and the “Ramayana” will be put on exhibition, along with photo books, handicrafts, and paintings. The exhibition will also feature art by renowned women artists and folk, classical and contemporary cultural programs. There will also be a film festival showcasing “Dangal”, “Chennai Express” and “Omkara.”

A prolific Hindi poet, writer, and thinker Dr. Agnishekhar has authored many award-winning books which include his widely discussed poetry collection ‘Jawahar Tunnel ‘. It may be recalled that Dr. Agnishekhar has written significantly on several aspects of sociological study of Kashmiri Folklore too.

Members of Queerythm, an LGBTIQ (lesbian, gay, bisexual, transgender, intersex, queer) community have proposed to establish a queer studies library in Kerala’s capital city. The two-story building that will house the library can accommodate 25 people on the ground floor and the first floor will hold the library. The group has started a book drive to arrange books for the library.

In addition to the library, they also plan to create a research center in the building for people interested in researching queer studies. They also plan to publish a few books on the topic on their social media pages. They will also convert the rooftop space of the building into a community learning center.

Malayalam poet and lyricist Pazhavila Ramesan passed away on Thursday at 83 as a result of age-related causes. A recipient of Kerala Sahithya Akademi Award he had penned songs for films like Asamsakalode, Malooty, Uncle Bun, Vasudha and others. He also penned literary works like Mazhayude Jalakam, Njan Enter Kadukalilekku, Ormayude Varthamanam, Mayatha Varakal, Nervara, and others. He also served as the director of the Kerala Bhasha Institute.

Tamil actor and playwright passes away at 67

June 10 was a sad day for the Indian literary community as soon after the demise of Girish Karnad, another iconic playwright Crazy Mohan lost his life to a massive cardiac arrest. The renowned dialogue writer in Tamil film industry was taken to Kauvery Hospital in Chennai after he suffered a fatal heart attack. According to The Hindu, the actor was pronounced dead at 2 pm after efforts to revive him didn’t succeed. The Tamil industry icon passed away at the age of 67.

Ahmed Essop, renowned author and educationist of Indian-origin has died in South Africa. Born in India in 1931, Essop emigrated to South Africa as a child.

Most of his 13 published works focused on the role of the Indian community in South African society, often highlighting the challenges the community faced under the draconian apartheid-era minority white government. One of Essop’s early books, The Hajji and Other Stories’ won the coveted Olive Schreiner Prize from the English Academy of Southern Africa in 1979 and was later turned into a film.

Exemplary Dogri poetess and writer Padma Sachdev was conferred the highest honour of Sahitya Akademi its fellowship at an impressive function. She is the eighth writer to receive this honour. She has contributed greatly in the field of literature particularly in her mother tongue Dogri. She was conferred the honour by Chandrashekhar Khambar, the Sahitya Akademi chairman and the event was attended by prominent figures of the literary world including Dogri poets and writers.

Sixty-two-year-old Ghosh received the 54th Jnanpith award from former diplomat and West Bengal governor Gopalkrishna Gandhi at a function held at the India Habitat Centre. The prestigious literary award is presented annually by the Bharatiya Jnanpith to an author for their “outstanding contribution towards literature”. Recipients of Jnanpith award are given a cash prize of Rs 11 lakh, a citation plaque and a bronze replica of Goddess Saraswati.

Ghosh’s recent novel “Gun Island” is set for its official launch on Thursday. After receiving the award, Ghosh said, “English is, not by any means, my only language. Nor would my work be what it is if I had grown in a circumstance where one language pre-dominated over all others.” He said, “Like even though I write in English I draw constantly from Bangla and its vast imaginative resources.”

An original Tintin drawing used for the first cover was sold for 1.1 million dollars at an auction on Saturday in Dallas. The identities of the buyer and the seller have not been released.

The illustration, by Tintin creator Herge (the pseudonym of Belgian cartoonist Georges Remi), shows the plucky young reporter sitting on a tree stump carving a makeshift propeller for his plane after the original was damaged in a rough landing somewhere in the Soviet Union. His faithful dog Snowy (Milou in the original French) sits and watches, bandaged from tail to nose.

The beloved Tintin comics have been translated into 70 different languages but find their origin in French. The drawing sold Saturday, in India ink and gouache, was signed by Herge. A Heritage Auctions spokesman told AFP the illustration, which turned up in Brussels, was one of the “rare cover illustrations signed by Herge in private hands,” as well as the oldest.

The author and artist – who often set his Tintin tales in the most exotic of locales – rarely left Belgium in his lifetime. He died in 1983. Other original Tintin artwork have also raked in a lot of money at auctions, with some surpassing 1.5 million dollars.

The author came under fire in May from the online community for tweeting an image of a female worker eating on the train, supposedly breaking a rule about eatables on the metro. Tynes’ tagging the Washington Metro’s official Twitter handle in the tweet brought her attention, albeit negative.

It was later found that the worker who belonged to the black minority community was on a break and was not breaking any rules as the earlier rule against eating on the train had been withdrawn. But scores of Twitter users criticized her for shaming the black worker, despite being a minority writer herself (Jordanian American).

In response to the flak she drew, the publishing house condemned her actions and withdrew her writing contract despite Tynes deleting the tweet and issuing an apology.

In the lawsuit, Tynes’ lawyers say the company’s inflammatory statements forced their client to temporarily flee back to Jordan with her family because they endured weeks of online harassment, including death threats and racial slurs. The incident also caused Tynes “extreme emotional distress” and prompted her hospitalization for chest pains, severe anxiety, and suicidal thoughts, according to the lawsuit.

Title of the book: Gun Island by Amitav Ghosh

Description: Amitav Ghosh, winner of Jnanpith Award 2018, introduces in the summer of 2019, his brand new novel, “Gun Island.” A novel that effortlessly spans time and space, tells the story of climate change, migration, and man-animal conflict. It is the story of a journey undertaken from the flood-prone marshes of Sunderbans to urban Los Angeles. It is also a story of hope, a man’s faith in humanity is restored by two remarkable women.

Description: The book is a perfect homage to the stellar poet’s 100th birth centenary celebrations. The specially curated volume contains 5o of the best poems from his lifetime collection. The making of this collection brought together some of the finest translators, poets, scholars, and filmmakers who have produced this stunning English-Hindi bilingual masterpiece. In addition, the book contains a selection of rare archival photographs of the life and times of Kaifi Azmi going back to his childhood.

Title of the book: The Belated Bachelor Party by Ravinder Singh

Description: Celebrated author Ravinder Singh’s new book The Bachelor Party is based on the theme of friendship. It is about 4 friends who well into their married lives realize that none of them have experienced a bachelor party. The story that unfolds is the Euro-trip they decide to take together and the ways in which it changes their lives forever. The book makes for a roller-coaster ride of friendship and adventure.

Title of the book: The Jungle Radio: Bird Songs of India by Devangana Dash

Description: Brought to life by painterly illustrations, The Jungle Radio is a little story about the language of birds-their songs and sounds with a loud and clear call to listen to the world around us. The book makes the most of the joys of picture books and introduces children to the excitement of bird watching.

Keeping up with the rising trend of digital streaming content, Viacom18’s digital arm Tipping Point has acquired the rights to adapt Tanushree Podder’s “Boots Belts Berets” and to take the viewers on a journey of emotions and a story of challenges and camaraderie. With the new series, Viacom18 aims to create contemporary, new-age content that appeals to the people’s tastes.

Talking about the next step in her career, Tanushree said, “I am thrilled that Boots Belts Berets is being adapted into a web series. There’s nothing more exciting for an author than to know that the story will be reaching many more people. It’s a dream come true.”

A sprawling literary saga by Kalki, Ponniyan Selvan has long been a part of Tamil literary tradition. It opened up an alluring world of love, friendship, valor, and treachery. The story is set in the time of the great Chola dynasty and the story of the noble emperor Arulmozhi Varman.

Director Mani Ratnam and filmmaker Soundarya Rajinikanth have separately begun work on the challenge of filming this long, complicated story.

We have found some interesting essay writing competitions for students in the summer of 2019. Find them here. 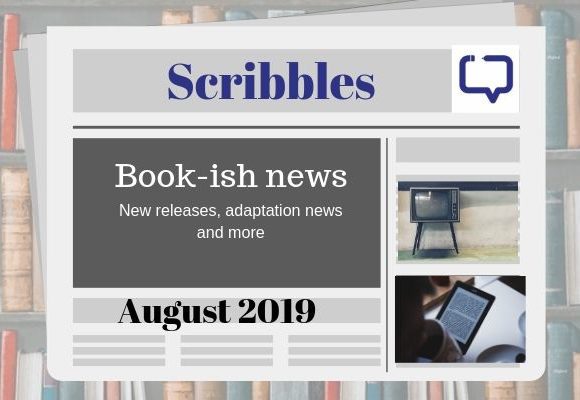 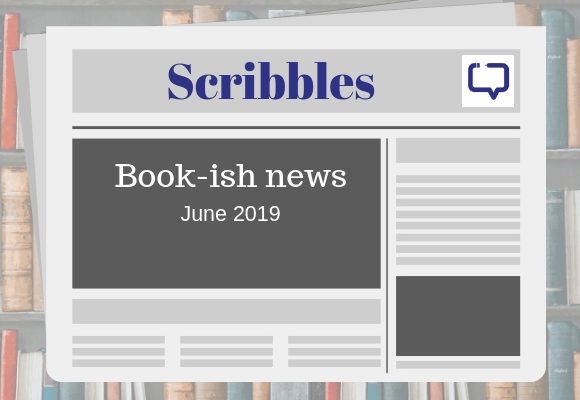 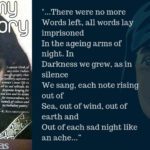 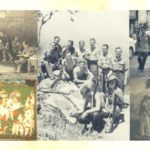 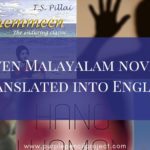 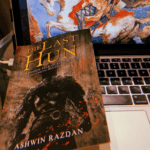