A thriller based in India, a collaboration between two authors with their own individual styles of writing – one Ashwin Sanghi and the other James Patterson, a book that is the next installment of the fairly popular private series. With all this backing it up, the expectation from Private India was obviously quite high.

PLOT: A serial killer is murdering Women in Mumbai, each murder a ritual, each ritual different. Not knowing who he is up against, in a highly populated city like Mumbai, makes it difficult for Santosh Wagh, the ace Detective and the head of Private India.  In his bid to thwart the killer he uncovers a much sinister and bigger plot. In a race against time, will he find the killer and save the city from another act of terror.

The main plot is strong and the pace it moves at is quite effective. There are a lot of sub plots that look like they have been lifted from a series of bollywood movies, and were a downer for me.

CHARACTERS:  The characters of this book are interesting but not quite. Each victim is a lady who has lived a double life, and the killer, but nothing makes the characters memorable. Santosh Wagh a man with demons struggling everyday to make a choice to live for his work or his pain, while trying to catch the killer. His team members each have a past, a secret of their own. Even none of them can be considered as characters that can be remembered for times to come.

WHAT I LIKED: The main plot and the story line both were really good and fast pace, so is the research on Mumbai. Its little streets and alleyways have been described so perfectly

WHAT I DID NOT LIKE: Like I said the subplots could have been stronger and the characters are not strong or memorable. Also the chapters are too short and mostly by the time you are getting the hang of the story, it shifts leaving you confused.  It may have been done on purpose, but to me it is just too confusing and it took me some time to get the story straight.

RATING: I have not read either of the Authors before so I cannot say how much each contributed to the narration or the story and whose style is predominant. What I can say is that, it has a strong plot and potential, but in most places the tension or thrill was not maintained. I did read the book in one sitting, so it is not a bad book, but I will not read it again. I will rate this one time read 3 starts out of 5.

This review is a part of the biggest Book Review Program for Indian Bloggers. Participate now to get free books! 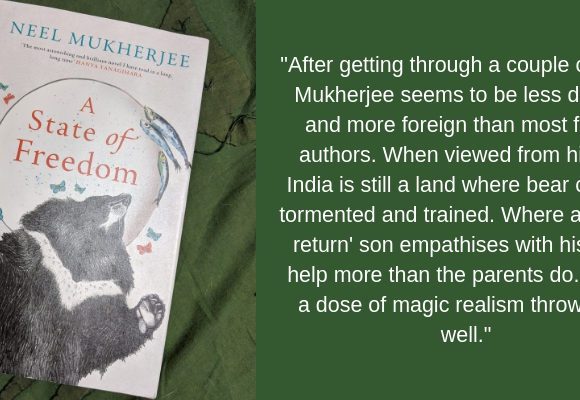