The Royal Game and Other Stori.. 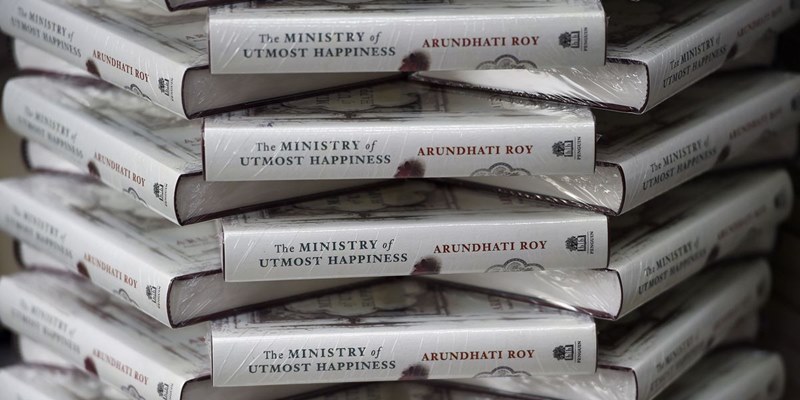 There is something, not quite serendipity, about reading a book of contemporary relevance, with jingoistic headlines spamming my background, the noise of hyper news anchors rising above the din of the traffic and the crescendo of the city rains. Kashmir in The Ministry of Utmost Happiness, Kashmir on the TV. Jantar Mantar everywhere.

At the very onset, The Ministry of Utmost Happiness is a pretty book. It is beautifully bound with a rich maroon and a well-designed jacket. This cannot be said for a lot of books coming out of India. The quality of paper is also rich, smooth, heavy; adding the grandeur that a Kashmiri carpet does to your house. See what I did there?

I will still not understand why the author name, on the cover itself, must read – ‘Arundhati Roy, Booker Prize winning author of The God of Small Things’. On a poetic cover, a poetic back blurb, this is a huge misfit. An unnecessary one.

Indian’s love commencing anything with a quote – a chant, a prayer, a poem, a famous person’s alleged advice. Roy begins each section of The Ministry of Utmost Happiness with profound words by the likes of Jean Genet and James Baldwin. It is a little cliche, but it works. You find yourself reaching for the pencil (if you, like me, like to make the book your own diary of thoughts too) and marking them out, making mental notes to pin it up on your wall, or jot it down in a journal, to post-it on random blank canvasses around the house.

The nearly 500-page tome follows, intimately, closely and almost too-poetically, the lives of the intersex Aftab-Anjum, the Government employee Biplab Dasgupta, the designer Tilo, the journalist Naga, the Kashmiri youth-turned-militant Musa, and a smattering of characters. It is based alternatively in South Delhi’s ‘muslim ghetto’ and the dying lands of Kashmir, following over 20 years of their lives, and seeing how they weave through each other’s stories over time, ultimately finding happiness in their handmade home in the graveyard for the forgotten ones.

The Ministry of Utmost Happiness begins on a high – the telling of Aftab’s birth, the dilemma of a mother who wants to learn to love her son, who is also her daughter; the telling of Aftab growing up, of his feminine desires, of his discovery of the Khwabgah, and Anjum’s eventual moving in as a permanent resident, with other Hijras. The queer story is told well, even when it makes jumps too sudden – like Anjum’s popularity in the media is never fully explained, unlike Saeda, her successor, with whom she shares a child, so to speak.

There is beautiful Urdu shayari smattered throughout speaks to something deep within us; our former undivided self. Like this one:

Everything and everyone lives in the liminal spaces between dualities – between the lines of right and wrong, control and azadi, folding and unfolding, caution and paranoia, man and woman, militant and soldier, sanity and insanity, Duniya and the world outside the normal.

There are plenty of questions and everyday philosophy for the readers.
Is it possible to live outside language?
Love, after all, is the ingredient that separates a sacrifice from ordinary, everyday butchery.

Poetry and poetic justice is delivered in equal measure. Kashmir is richly documented, the various governments since 1984 criticised liberally, called out, leaving no doubt about where the author’s opinions lie.

And it is precisely this ferocity of opinions that time and again derails the novel’s pace – Roy gets carried away more often than not in her descriptions, in her revolt, and uses more words than are necessary, repeating emotions even after the emotional impact has been made and the reader has moved on. This is especially true in when she describes the graveyards of Kashmir.

The characters are endearing, as all things weird and eclectic are meant to feel. Tilo is the Eva Luna-esque women that cannot quite be placed, Musa her militant lover, Biplab is reminiscent of Max Ophuls from Rushdie’s Shalimar the Clown, which was a far more enjoyable read.

There are some memorable moments. Like when Aftab’s father tries to make his son/daughter more manly and inculcate in him a love for poetry. When did we forget to romance life like this, with poetry?
At another time, Saddam, who tells Anjum of his story from Dayachand to Saddam Hussein (after the Iraqi one), says, “I was part of the mob that killed my father.” Tragedy hits home.

The novel moves languidly in time, the past and present merge and the characters meet and their lives overlap, and they go through similar experiences at different points in time. This multi-perspective lacks something, not quite feeling different one from the other. Whether this was a flaw or intentional, I cannot say.

Yet, somehow, the characters don’t stay with you; all besides Anjum, pass away into the history of characters of literature. Miss Jebeens, both of them, live only in essence. Biplab and Amrik, like Tilo’s mother, are ghosts of their full human range.

Musa and Tilo’s love needed a little more space at the beginning, to fully go with them through the separation. Their love story is richly depicted, scarcely explored. Kashmir is richly explored, richly depicted and yet it feels stale, even when the wounds are fresh. Like the journal of a reporter who has tracked the issue of Kashmir closely over the decades, or the desk of an ‘expert’ not unlike Naga. Like the same thing has been said so often, that you become almost deaf to it. Lists and lists of names without a story will soon derail your interest. Even when they are cleverly juxtaposed.

In the end, there is hope. As there always is for babies who want the newest toy in the store, as there is for a student looking at merit lists with his marksheet in hand, as there is for Kashmiri women, as there is for humanity. Saddam and Zainab, the child that has two mothers, find love, Musa and Tilo find each other once again, Anjum becomes the Ustad of her own ‘gharana’, not quite conventional, of the Jannat Guest House and Funeral Services. Nobodys find other nobodys and happiness in moments and memories of both pain and laughter.

It may at times feel that things have been over said. That is not to say that the issues of human rights need not be written about, but can we, as Indian Literature the collective, learn to dream in this borrowed tongue too? To judge and criticize and fuck and analyse in English, but also to go beyond that? Or is this the only story that will be heard and that will want to be read?

It’s just a question. As all of history is; yours and mine, ours and theirs.

To be present in history, even as nothing more than a chuckle, was a universe away from being absent from it, from being written out of it altogether. A chuckle, after all, could become a foothold in the sheer wall of the future.

Recommended Age Group: 21 and above. There are nuances you might miss otherwise.

Final Verdict:   ?? ? – Make a purchase. Maybe an online purchase, or a kindle purchase. But buy it, encourage it. 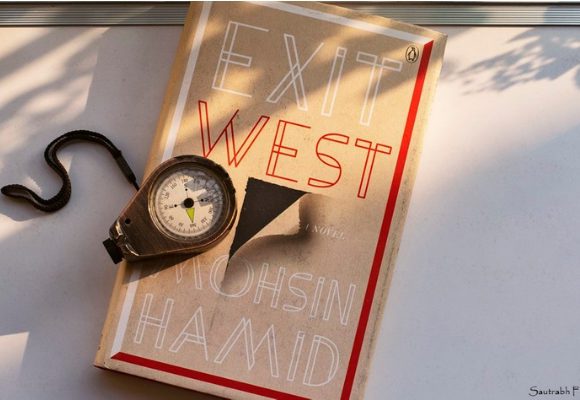 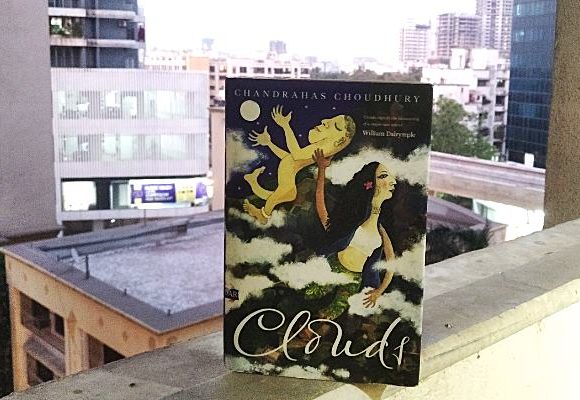 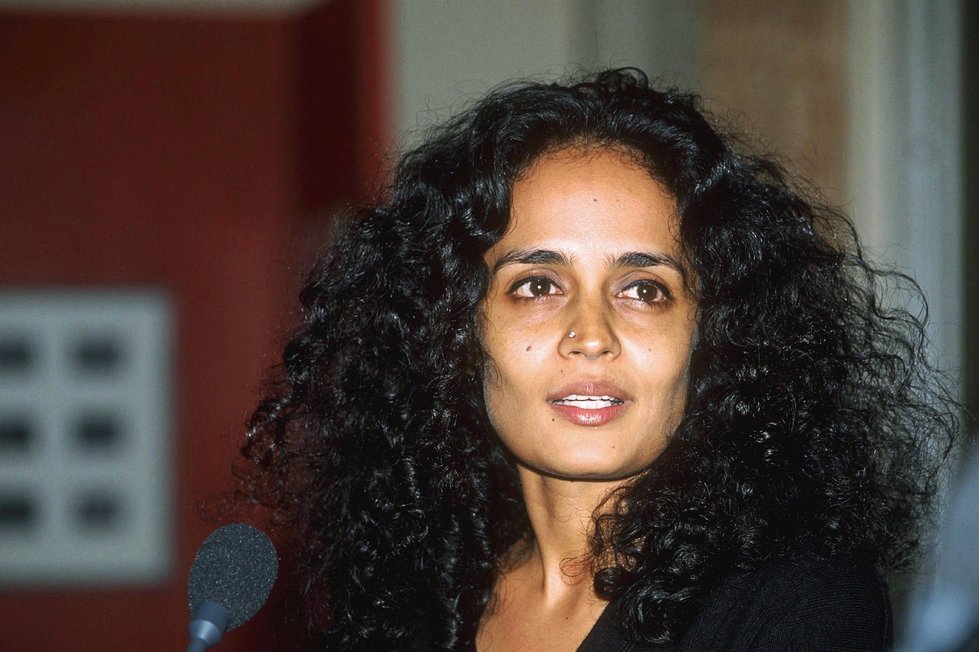 Suzanna Arundhati Roy is best known for her novel The God of Small Things (1997), which won the Man Booker Prize for Fiction in 1997. This novel became the biggest-selling book by a nonexpatriate Indian author. She is also a political activist involved in human rights and environmental causes.