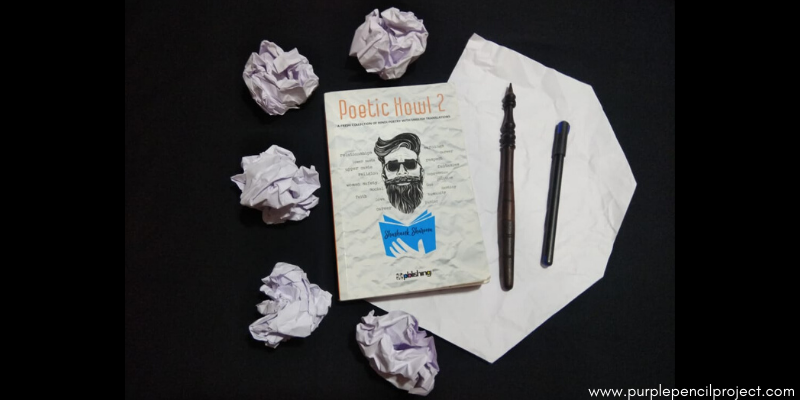 The blurb of Shashank Sharma’s poetry book, Poetic Howl 2, reads, ‘An intimate portrayal of life with its perplexing realities, Poetic Howl 2 encompasses a breath-taking casket of a fresh collection of Hindi poetry with English translations’.

In reality, it’s a collection of dry, luke-warm and poorly translated Hindi poems which lack depth. Most poems are dressed up in attractive words and catchphrases, but their subject lacks purpose and meaning.

The verses resemble quick scribbles made on the last page of a notebook; talking about social issues, puzzling emotions, generic declarations of angst, reflecting rudimentary thoughts not fully formed.

While these poems cover a vast range of social issues, experiences and common feelings in both the languages, they do so poorly.

The poems in this section are tolerable in Hindi, though the same cannot be said of the English translations.

The titles of the poems don’t often sit with the theme, and start off on one subject and end at a completely different topic altogether. An example would be the very first poem in this book, ‘Kitna aasan hai’ – at first it gives the impression that it is a poem about friendship, but turns out to have an empathetic theme in a more universal sense. In this regard, ‘Humdard’ would have been a more suitable title. The poet fails to maintain his flow of thought or consistency, and several poems appear disjointed, such as ‘Kyun na jiyu main sab khwab apne’, ‘Jaanvar’, ‘Inhi mein chupi thi’, ‘Bas zara sa’, etc.

‘Bachpan’, ‘Baarish’, Aise kai lamhe’, and many other Hindi renditions in this section are likeable. The poet also brings a flavour of shayari to this book in many poems, one of which is, ‘Hum Tum’ – ‘Kuch baaton se jawa karein, waqt pe padi jhuriyon ko, aur kuch pal aise ho jahan, sirf khamoshiyan farmaye’.

‘Kafi arse baad’, a poem about healing and rejuvenating starts with an interesting use of personification:

I loved this poem because it was simple yet subtle and to the point. But once again, its translation titled, ‘After a long time’, did not live up.

Another poem, ‘Badtameezi’ has it all – a rhyme scheme, a purpose, juxtaposition. Even its translation, ‘Arrogance’, is good.

This is one of the rare poems that genuinely uplifts this collection.

The poet uses descriptive and fitting metaphors but fails to deliver on a deeper level where the reader can connect to the poem.

Short stories in and as poetry

This section of Poetic Howl 2 continues with its collection of philosophical, generic poems on everyday emotional experiences.

The poet has a good sense of irony and uses rhetoric well to get the message across, although they can as easily be interpreted as insulting or sarcastic, like in ‘Muqaddar ka bandar’; either way, it conveys what it wants to, a saving grace for this otherwise mediocre collection.

Some of the better poems include ‘Baatein’, ‘Bhukha bhediya’ and ‘Gutter’, with the poet redeeming himself with heartfelt renditions steadily increasing in depth and meaning, despite the continual generic, been-there-read-that themes.

Translation is a tricky business

A lot of the poems read amazing in Hindi but poorly in English and the contrasts, sitting across from each other, are striking. Something is always lost in translation; it seems everything was lost in most of these.

Read it for the Hindi poems, if you have to, but skip the English.

The cover is not that great. Themes of the poems printed around the head of a long bearded man with sunglasses do not disclose the disjointed array of generic emotions hidden underneath it. Not an appealing cover for a poetry book, in my opinion. Although, the use of a crumpled paper as background is a neat visual touch.